Tim Worner, Managing Director and Chief Executive Officer, Seven West Media, comments: “7Travel is another example of our strategy in action. We can use the reach of free to air television in combination with our other media assets to deepen our audience’s connection with this new service. We have a track record in travel and we believe we will build on that to establish and grow this new revenue stream very quickly.” 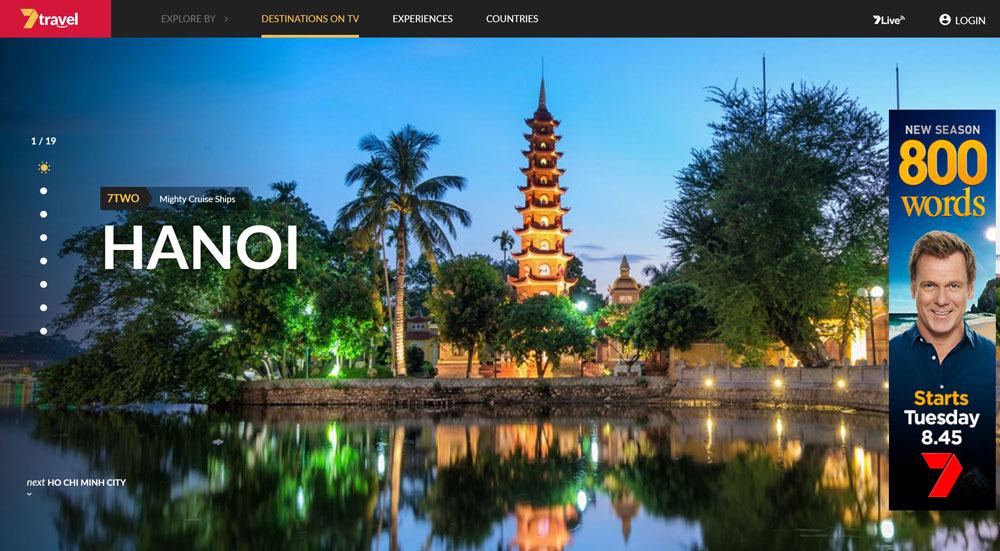 Kurt Burnette, Chief Revenue Officer, Seven West Media, adds: “Seven West Media’s audience has more than eight million people who have shown interest in travelling in the next 12 months. Seven million have actually travelled in the past year. Through powerful storytelling with 7Travel, Seven West Media will deliver – in combination across our television, online and publishing assets – the inspiration, the insights and the transaction for those people to be inspired, learn and action their travel desires like never before.”

Clive Dickens, Chief Digital Officer, Seven West Media, comments: “The 7Travel vision is to narrow the gap between inspiration and transaction for consumers and partners with a purpose-built experience, connecting Australians to our broadcast content while using their mobiles. 7Travel has been designed to capture the imagination of Australians who are already dreaming about their next adventure – while integrating our premium, free travel and lifestyle content across television, online and mobile.”