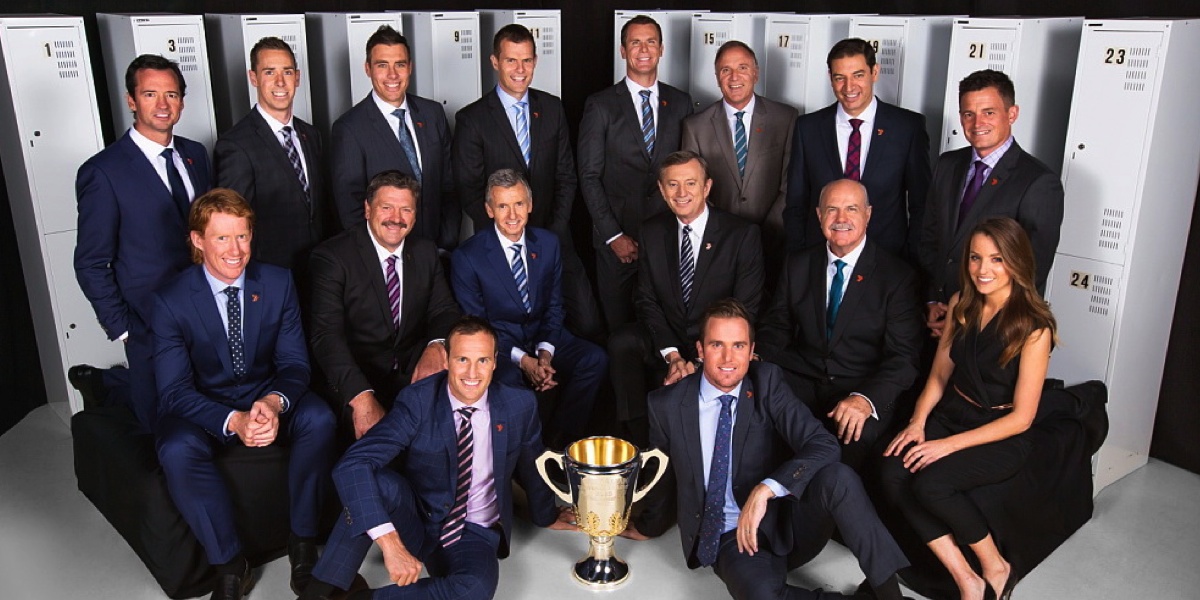 Seven’s details about its weekend programming before, during and after the AFL Grand Final tomorrow between Hawthorn and West Coast Eagles

• Seven’s details about its weekend programming before, during and after the game tomorrow between Hawthorn and West Coast Eagles

Grand Final Eve countdown – 8.30pm on Channel 7
Hosted by Hamish McLachlan with Cameron Ling and Wayne Carey, Seven’s Grand Final Eve Countdown will have loads of fun as they select their very own AFL person of the year, cross live to the West Coast Eagles at their hotel and nominate their greatest Grand Final heroes, games and entertainment.

Indie rock band British India will be performing live. Special AFL guests Bruce McAvaney, Leigh Matthews and All-Australian captain Robert Murphy will be there to give us their view on how the Grand Final will unfold.

Weekend Sunrise – 7am AEST live on Channel 7
AFL Game Day – 9am AEST LIVE on Channel 7
The Grand Final edition of AFL Game Day is hosted by Hamish McLachlan live from Federation Square. A stellar lineup including Steve Johnson, Jobe Watson, Jude Bolton, Nick Maxwell, Robert Murphy, John Wosfold, Neil Kearney and Basil Zempilas look back on the season that was: the best marks and goals, the greatest controversies and the funniest moments.

2015 AFL Grand Final – 2pm AEST live on Channel 7 and simulcast LIVE in HD on 7mate
The 2015 AFL Premiership season culminates at the MCG with the two best teams and 44 of its best players in front of 100,000 screaming fans and millions more watching on TV.
AFL Grand Final post game show Melbourne and other markets on 7mate, Perth on Seven

AFL Game Day – 10am on Channel 7 in Melb, Adel and Perth and 7mate in Syd and Bris
Host Hamish McLachlan and Leigh Matthews, Jude Bolton and Nick Maxwell dissect all the action from the 2015 AFL Grand Final, along with all the latest news from Mark Stevens.