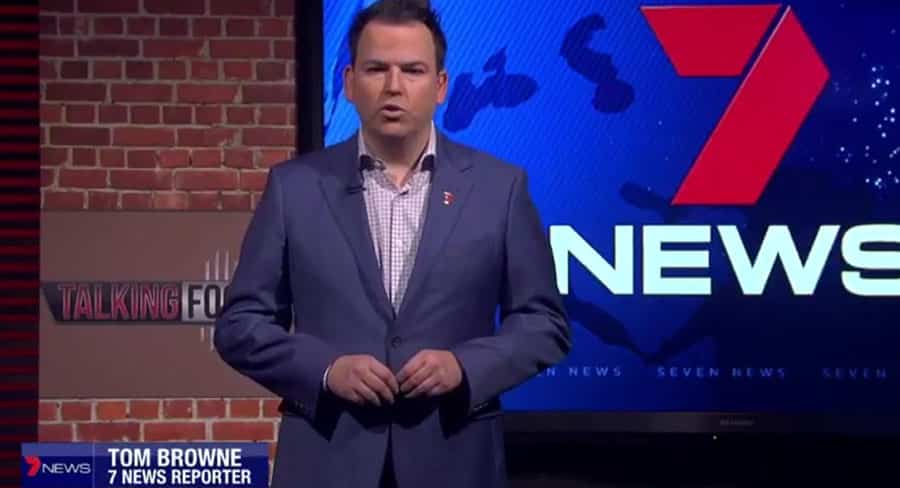 • Footy fans can watch The Trade Game on 7plus and 7mate

7mate is launching a series that will help answer questions to where out-of-contract AFL stars Tim Kelly, Jamie Elliott, Tom Papley, Eddie Betts and Paddy Ryder will land in next month’s trade period.

The Trade Game will give footy fans the inside running on all the potential deals during this year’s trade and free agency periods via an expert panel of Andy Maher, Brendon Goddard and Seven News’ award-winning news-breaker Tom Browne.

Starting next Monday, The Trade Game will air twice a week until the conclusion of the player exchange period, keeping supporters ahead of the game on the latest player moves and the state of high-stakes negotiations.

Maher, Goddard and Browne will also have their say on the winners and losers of all the big deals and the tough list management decisions every club needs to make. And when high-profile talks have reached a stalemate, they’ll get creative and throw up potential exchanges to resolve the impasse.

The central players in the top-end trades – club footy bosses and list managers, player agents and the players themselves – will also join the panel to shed some light on the various machinations and intrigue unfolding behind the scenes.

Footy fans can also watch The Trade Game on 7plus and stay up to date with all the breaking trade news on @7AFL on social.

The Trade Game will screen on 7mate in Melbourne, Adelaide and Perth on Mondays and Wednesdays at 7.30pm for the next three weeks. It will also be available on 7plus.