Seven today has updated their PLUS7 catch-up app to support live streaming of its linear channels Seven, 7Two, and 7mate.

The app rollout today comes ahead of next week’s broadcast of the Melbourne Cup, which will be available for users to watch live without needing to be near a television set. With viewers watching the horse racing on their mobile phones, the 2015 Melbourne Cup won’t entirely stop the nation. The PLUS7 app now boasts a redesigned interface and continues to serve a mix of catch-up content and content exclusive to the platform. Exclusive titles include Other Space and Sin City Saints.

With this update, Seven is the first Australian TV network to provide 24/7 standard definition streaming of its full suite of linear broadcast channels. A live stream is provided for each individual capital city, so once a viewer selects their home city, they will then only see video from that region complete with local advertising. Users who turn off the location sharing on their smartphones or tablets will be able to manually select which state they are from. Viewers could conceivably then select a different state if they wanted to avoid timezone issues. 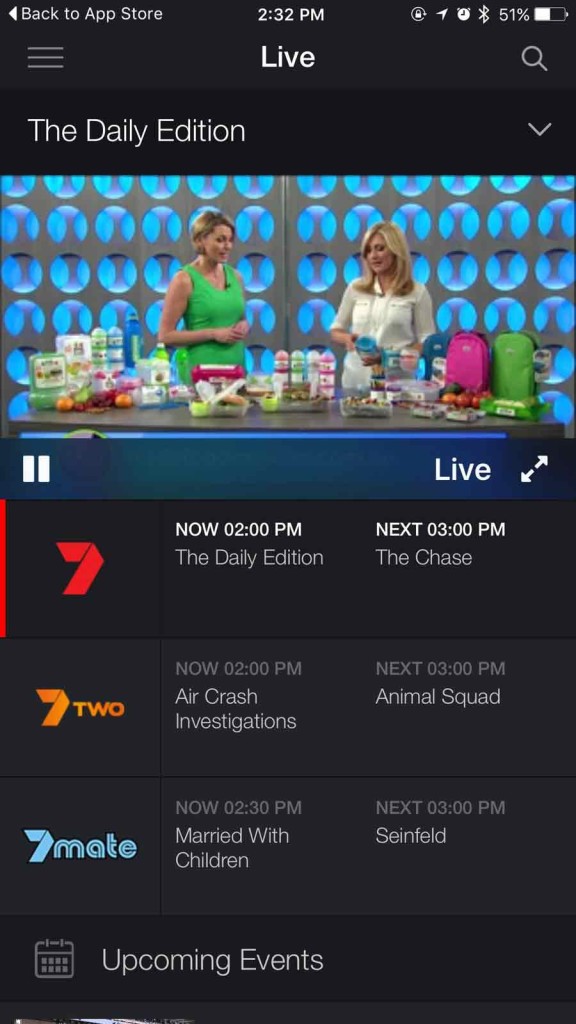 Due to the rights surrounding content, there will be some programs that have not been cleared for Seven to use, either at all or for device restrictions. When such a program airs, the stream will continue broadcasting programs. Seven chief digital officer Clive Dickens said: “There is no blackouts. If you are using a device or viewing a program where we are unable to stream either for legal or technical reasons, you will see alternative premium content.”

Live streaming can also be accessed via the web, with Seven, 7TWO, 7mate and racing.com available on the 7Live website from Tuesday.