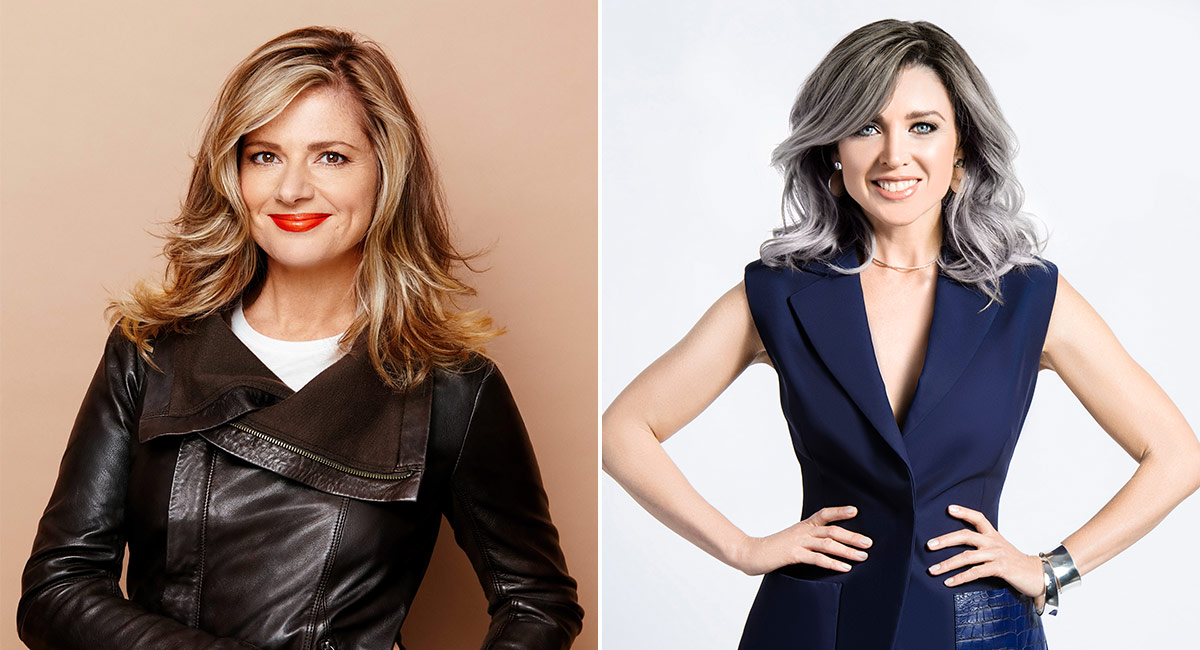 Both Zemiro and Minogue will be hosting talent shows for Seven.

Seven has announced that Julia Zemiro will be hosting a talent show again. Details were revealed on Sunday:

The multi-talented Julia Zemiro will get the whole of Australia singing when she presents All Together Now.

Seven’s new singing show sees a range of talented singers (solos and groups) perform in front of the biggest judging panel Australia has ever seen. The 100 will be made up of great singers and industry professionals with big voices and even bigger opinions.

If any of The 100 like what they hear, they can stand up, join in and sing along. The greater the number that join in, the higher the act’s score.

“This is the singing show we’ve all been waiting for,” Zemiro said. “No journeys. No long stories. Just great singing. And judges? There are 100 judges! You heard right. They come from all walks of life and celebrate who we are.

“I love a big sing. And there’s something quite fabulous about a whole group of people singing their hearts out. I can’t wait to run this fabulous singing show through its paces!”

The actor, singer, writer and comedian is best known as host of the hugely popular RocKwiz and her own interview show Julia Zemiro’s Home Delivery, making her one of the country’s most accomplished and best-loved presenters.

[Zemiro also co-hosted Eurovision for many years on SBS.]

The UK series starring Geri Halliwell is one of BBC One’s most successful new entertainment launches of the past year, with the finale delivering 3.74 million viewers with a market share of 16.6%. A second UK series has already been commissioned.

All Together Now is produced by Endemol Shine Australia for Seven.

Seven also confirmed on the weekend that Dannii Minogue would be the host of its new talent show Dance Boss – a new dance competition where teams of workers from the same workplace or profession dance off to win a cash prize of $100,000.

The series is being made for the channel by Seven Studios.

Minogue will be joined on the program by two yet-to-be-announced celebrity judges and a resident DJ.

Angus Ross, Seven’s director of programming, says: “We’re delighted to have Dannii leading this project. Her global success and skill as a performer, matched with her warmth and empathy as a mentor, make her a natural fit for this role.”

In each episode, the teams face off in staged dance battles. They are judged and scored on entertainment factor.

Eventually 12 crews will be whittled down to one winning crew who will be crowned “Dance Boss Australia”!