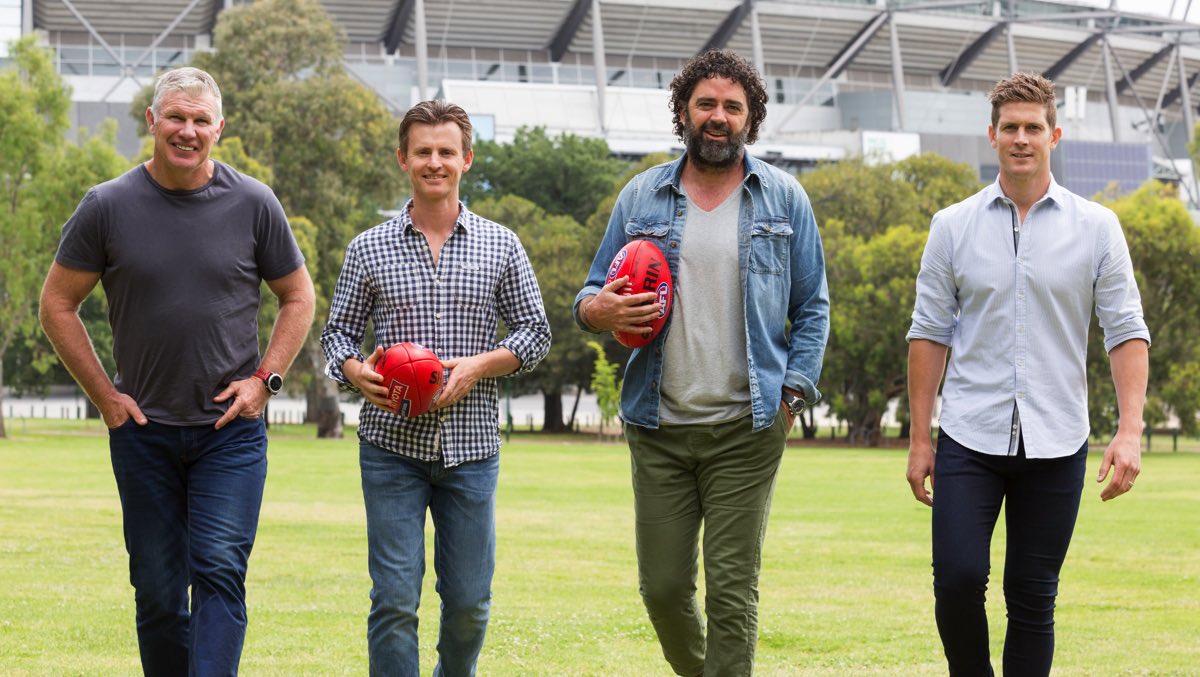 Garry Lyon and Danny Frawley will reunite on the football airwaves

After revealing its new 2017 footy team last week, 1116 SEN today released details of its AFL commentary team in this statement:

Garry Lyon and Danny Frawley will reunite on the football airwaves and lead an all-star 2017 AFL commentary team for 1116 SEN.

They will also be joined by new recruits Nick Dal Santo and Adam Cooney.

Captaining the fresh additions will be Anthony Hudson who will be joined by 1116 SEN favourites Kevin Bartlett, Mick Malthouse, David King, Mark Robinson and David Schwarz.

Lyon, Frawley, Dal Santo and Cooney will see 1116 SEN’s football broadcast team taken to an unparalleled level of expertise and each round will be broken down game-by-game.

“We have gathered the best sporting minds in the business to deliver an exceptional level of football commentary and analysis and raise the bar for 1116 SEN listeners.”

Garry Lyon said he is looking forward to extending his responsibilities to commentary as well as hosting the 1116 SEN breakfast show.

“Friday night football is the biggest match of each round and we look forward to bringing listeners quality, informative and entertaining coverage and then dissecting all the big news from 6am Monday to Friday,” said Lyon.

New to 1116 SEN, expert commentator and fan favourite Danny Frawley said he is thrilled to be part of the lineup.

“Football has been my life and to be in the company of expert commentators and analysts such as Anthony Hudson and Garry Lyon is a great privilege,” said Frawley.

“I look forward to the next chapter in my commentary career behind the 1116 SEN microphone.”

Champion footballer Nick Dal Santo said he is honoured to be part of a broadcast team featuring football royalty.

“Going from being on the field to a commentary role is a little daunting but I am in great company and look forward to bringing 1116 SEN listeners a unique insight into each game,” said Dal Santo.

The full lineup for the 2017 Toyota AFL season is: