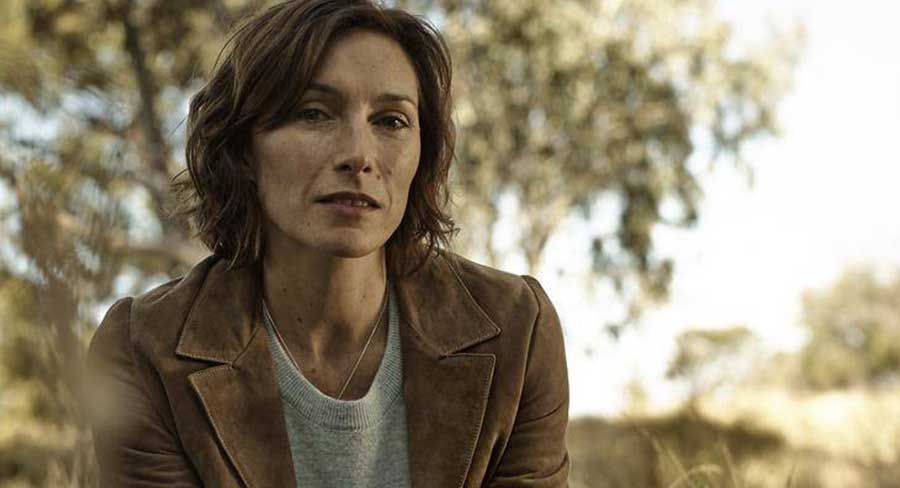 • Eighteen NSW production companies have been announced as recipients of over $1.7 million in funding

Eighteen NSW production companies have been announced as recipients of over $1.7 million in funding through Screen NSW’s new Slate Development Fund. The funding will enable the delivery of 66 projects across a wide range of new works representing Australia’s diverse stories and will generate employment for many practitioners in the industry.

The Slate Development Fund is part of the NSW Government’s suite of funding measures developed to support the NSW small to medium arts and screen sector impacted by COVID-19.

Production companies will each develop a slate of three or more projects to be produced and/or post-produced in NSW across TV drama, factual, features, documentary and online.

The projects span a range of subjects and genres including thrillers, play and novel adaptations, comedy, art, and documentary series, with many projects set to support filmmaking opportunities in regional NSW and Western Sydney communities.

The overwhelming strength of the projects demonstrated by a large number of applicants has resulted in funding of over $1.7 million delivered, which is an increase from the $700,000 originally committed for this initiative.

With the support of this initiative, boutique feature film and TV production company Bunya Productions, will continue to develop content that amplifies diverse Australian stories and supports a range of creative practitioners. The slate will include a mix of established and new talent across a range of captivating quality dramas, including an adaptation of a powerful novel set in a women’s refuge centre and a gripping Western Sydney-based paranormal drama. Bunya produced the award-winning films Sweet Country and Toomelah by Warwick Thornton, and TV drama series Mystery Road.

Buster Productions will create four new works for underrepresented communities, working with experienced professionals and emerging talent from various cultural backgrounds to offer a genuine opportunity to progress their careers. Projects include The Loop, a Western Sydney-based concept focusing on an Indonesian Australian lead, TV series Harry Chen and His Quest for Love will galvanize a group of LGBTQI+ creatives, established and emerging, to explore the journey of a young man’s quest for love with support from his heteronormative parents, The Sienna Felix Files – a Sci-Fi teen thriller for teens – will identify emerging talent in the Sudanese Australian Community and third-generation identifying emerging creatives to develop this project and finally Suing Santa, a project working with development producer Chase Lee, his first transition into the mainstream Australian production community. Buster Productions will engage in a strategic partnership with Information and Cultural Exchange (I.C.E.) to engage new creatives for The Loop and The Sienna Felix Files.

Causeway Films will develop three feature film projects with key NSW based creatives. In Stolen, Causeway will partner with acclaimed writer/director Catriona McKenzie (Satellite Boy) and writer Patricia Cornelius. Largely spoken in Pitjantjatjara, Stolen is the story of a white baby girl brought into an Aboriginal community by a dingo. The Moogai, an Indigenous psychological horror, will be the feature film debut of writer/director Jon Bell (Cleverman, The Gods of Wheat Street), produced alongside Mitchell Stanley’s No Coincidence Media. To be shot in Sydney as well as regional NSW, the production will see an injection into the local economy and the creation of NSW jobs in a post COVID world.

Finally, an adaptation of local author John Purcell’s novel The Girl on the Page will see acclaimed producer Samantha Jennings return to screenwriting. Set in the literary world of London with a diverse cast of characters, this project offers an opportunity for a UK-Australian co-production with high-profile talent, opening what NSW based creatives have to offer on an international stage. Each project will see a growth in NSW jobs and economic activity once in production through to release of these three feature projects.

Sydney-based CJZ – Australia’s largest privately-owned production company – works across genres with particular expertise in drama, comedy, documentary and factual entertainment. CJZ will use funding to support staff and freelancers to help progress projects such as The Future of Cruising?, a feature length documentary which takes a deep dive into the Cruise industry and high-end drama, Filth, based on the Hawkesbury River.

One of Australia’s most successful creators, producers and distributors of scripted and unscripted content, Fremantle Australia will work with NSW creatives, both emerging and well-established, on several projects across a diverse development slate. Fremantle will prioritise the development of projects that maximise employment throughout NSW, nurturing TV and screen creatives in metropolitan and regional NSW through its collaboration with Screenworks in the Northern Rivers area of NSW. 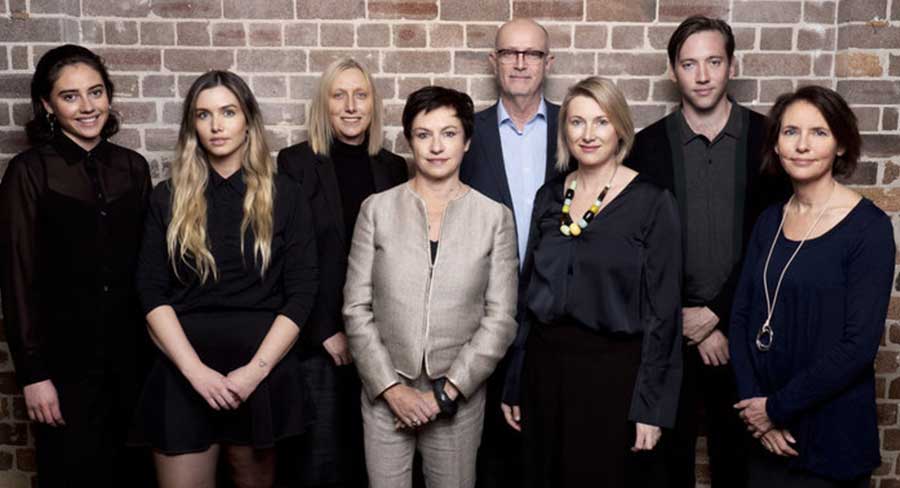 Goalpost Pictures, through its television arm Goalpost Television, continues its reputation for stories led by female creatives, with strong female protagonists – written by some of Australia’s top screen creatives, Jocelyn Moorhouse, Pip Karmel, Kaye Bendle & Keith Thompson. Pip Karmel (Total Control) is adapting Genevieve Gannon’s best-selling book The Mothers, for television; Jocelyn Moorhouse (The Dressmaker) is the creator and writer of the dramedy Empty; and Kaye Bendle (Small Claims) and Keith Thompson (The Sapphires) are the writers and co-creators of Natural Justice. The three very different series, all set in and around the suburbs of Greater Sydney, highlight major NSW talent, and will sit alongside Goalpost Television’s diverse and exciting slate created through their development deal with All3Media. The company is currently in pre-production on New Gold Mountain a four-part revisionist western series for SBSTV and All3Media.

In Films is a leading Australian independent production company, producing high quality entertainment for a global market. Since 2013, producers Ivan O’Mahoney and Nial Fulton have delivered ground-breaking content, including the AACTA and Walkley winning documentary Hitting Home and Revelation, a landmark three-part series on clerical abuse in the Catholic Church. Screen NSW’s Slate Development grant will help In Films employ over fifteen people across the development of five major projects, including three investigative documentary series, an arts factual series and a feature documentary.

More than half of the projects will be led by women, and as an entirely NSW-based production company, these projects will contribute more than 50 development jobs to ensure continued creative and financial success of the screen sector in these important times for rebuilding and recovery. Chloe Rickard, Jungle’s chief operating officer says that the works in development are “absolutely thrilling, the depth, ambition, diversity, and prestige of the slate is a credit to the incredible creatives in our industry”.

Independently owned Lingo Pictures will utilise the Screen NSW Slate Development Fund to support the development of three TV projects, while creating jobs for six NSW writers. Owned by Helen Bowden and Jason Stephens, two of Australia’s most prolific and highly awarded drama producers, Lingo Pictures recently premiered The Secrets She Keeps starring Laura Carmichael and Jessica De Gouw on Network 10. The series has sold to the BBC and Sundance Now, among numerous other major international territories, and its premiere on BBC1 was their highest Monday night launch of the year.

Made Up Stories is a development, production and finance company committed to creating content with compelling female figures squarely at the centre and enabling female directors, writers, actors and fellow producers to tell the stories they want to tell. Made Up Stories was founded in 2017 by Bruna Papandrea, the award-winning producer of the HBO series Big Little Lies, nominated for three Golden Globes Awards for its second season (and awarded 8 Emmy Awards, 4 Golden Globe Awards for its first season), and feature films including Wild, Gone Girl (over $365 million in worldwide box office). Jodi Matterson is Managing Director of Australia, partner and producer.

Made Up Stories is currently in post-production on the film adaptation of the inspiring international bestseller Penguin Bloom from director Glendyn Ivin and starring Naomi Watts, Andrew Lincoln and Jacki Weaver and The Dry, based on the Jane Harper novel, from director Robert Connolly and starring Eric Bana. Their series Nine Perfect Strangers, based on best-selling author Liane Moriarty’s book, written by David E. Kelley and John Henry Butterworth, and starring Nicole Kidman and Melissa McCarthy for Hulu is currently in production in NSW.

Matchbox Pictures will develop three projects including an exciting new series from Louise Fox set in regional NSW, an adaptation of an award-winning and epic play spanning continents and generations, and a series penned by a renowned Sydney playwright about millennials living fast-paced professional lives caught in a maelstrom of gender, class, race and power.

With a renewed interest by international broadcasters in quintessentially Australian scripted comedy, Playmaker Media has embarked on a new authored and diverse slate of projects. The Slate Development Fund will further support each original series, which have been progressing during recent COVID-19 shutdowns with some of Australia’s most exciting emerging and proven scripted comedy creatives.

Roadshow Rough Diamond is the teaming of John and Dan Edwards and Roadshow Films. Since their inception they have created the Logie and AACTA award winning mini-series Romper Stomper for Stan, Australian Gangster for Seven and Les Norton for the ABC. John and Dan Edwards are currently producing a new project commissioned by Stan, alongside producer Claudia Karvan. 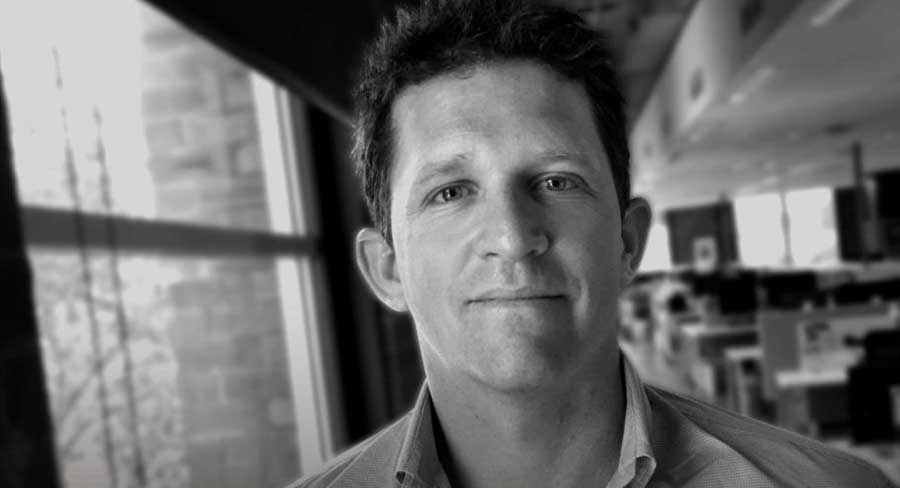 Roadshow Rough Diamond will develop three ambitious new projects with funding support from Screen NSW. From the exciting, fresh talent of Brown Skin Girl to a life affirming feature film with one of Australia’s most successful directors, Jocelyn Moorehouse, and lastly to the extraordinary true story as investigated by Kate McClymont of the rise and fall of notorious Sydney identity Ron Medich. 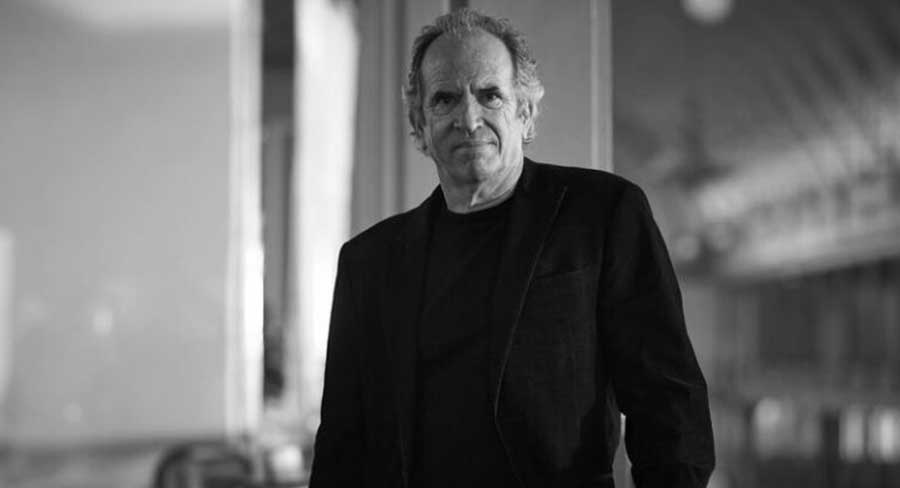 Inspired by the hit stage show of the same name, Brown Skin Girl reunites writers Ayeesha Ash, Emily Havea and Angela Sullen who will be principal creators of the TV series to be co- produced with Roadshow Rough Diamond. Playwrights Sopa Enari (Who’s Poppin?), Grace Eather (Stingray Sisters), and Lillian Hannah U (Bangarra) will also join in the writers’ room.

Screentime will develop three – each very different – projects to be included on its slate. The first project is a family, feel-good drama set both in harbourside Sydney and outback New South Wales. Another project is an Australian noir, located both in Sydney and just beyond the Blue Mountains while the final project is a nostalgia piece anchored in Sydney’s inner west and its city beaches. As well as providing jobs to NSW industry practitioners, each series will also open windows to NSW’s landscapes and stories. The aim in developing these projects further is to also provide opportunities to emerging talents from all backgrounds in varied fields.

The NSW-based production company will continue to focus on development, expanding its slate of premium drama and comedy. Partners Jude Troy and Richard Finlayson are working across a broad range of diverse and provocative stories including a timely series about pride, ambition and loyalty that plays out on the streets of Western Sydney. This hip-hop drama series is a fascinating and urgent immersion in a vibrant sub-culture that is exploding across the local and global music scene. The series is written by Matt Okine (The Other Guy season 1 & 2), and triple j Hip-Hop host Hau Latukefu with screenwriter Ben Crisp (Squinters) and Mt Druitt-based, emerging writer Winnie Dunn. Wooden Horse is also working on an online series for SBS from writers Fadia Abboud, Adele Vuko (Over & Out) and Amal Awad also set in Sydney’s western suburbs in the Arab community.