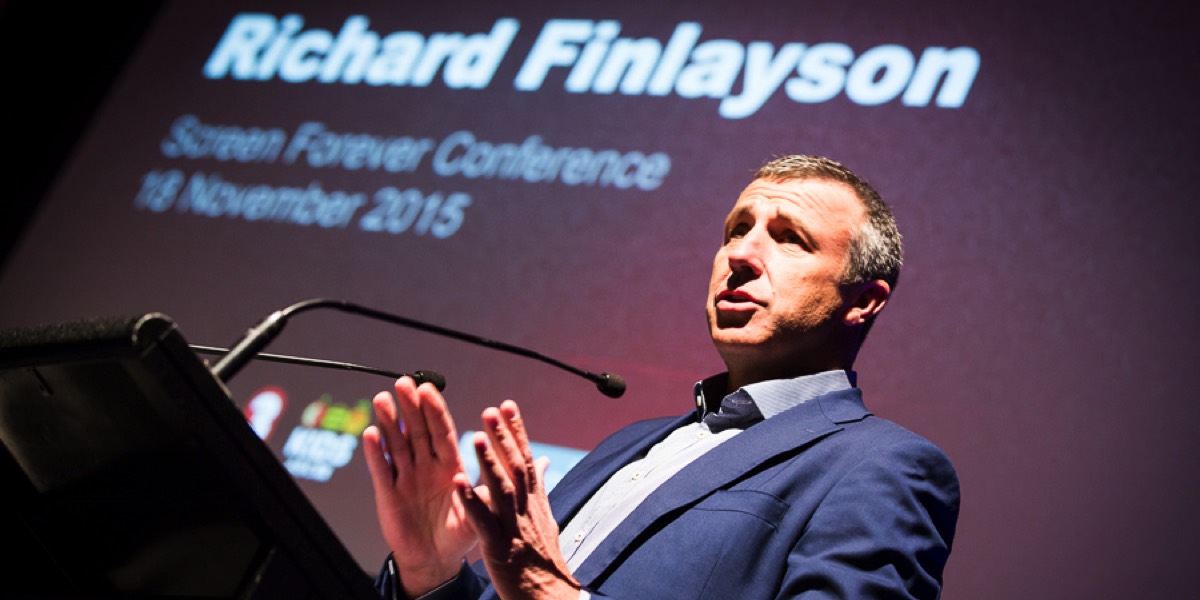 ABC director of television Richard Finlayson dropped a number of announcements into his vision of the future for the broadcaster at Screen Forever.

You can read more about the Screen Forever conference here at Mediaweek, including the feature interview with Ten Network chief executive Paul Anderson, the presentation from Endemol Shine Australia’s Mark and Carl Fennessy, and John Edwards’ 2015 Hector Crawford Memorial Lecture.

The ABC 2016 Upfront might be only a couple of days away, but the ABC director of television Richard Finlayson dropped a number of announcements into his vision of the future for the broadcaster at Screen Forever this week.

The corporation also has big ambitions to boost its first-run Australian content. Finlayson showed details of how some broadcasters manage to have a local content level over 80% – the BBC among them. However the ABC is currently running at just over 40%. Finlayson explained his Australian content plan which has the aim of listing the percentage of first-run content to over 60% in time. “We want to increase both the quantity and the quality,” he said. One way of doing this within their budgetary constraints is to enter into coproduction deals with other broadcasters. They have recently inked co-pro and licensing deals with Netflix and AMC.

As part of its commitment to Australian drama, the ABC will program first-run drama episodes every Thursday of the ratings year in 2016.

Finlayson also reiterated a call to find a subscription model which would unlock the ABC archive. He also repeated the broadcaster’s position that government funding for productions should go only to broadcasters who offer programming to all Australians, not subscription TV or SVOD platforms who are behind paywalls.