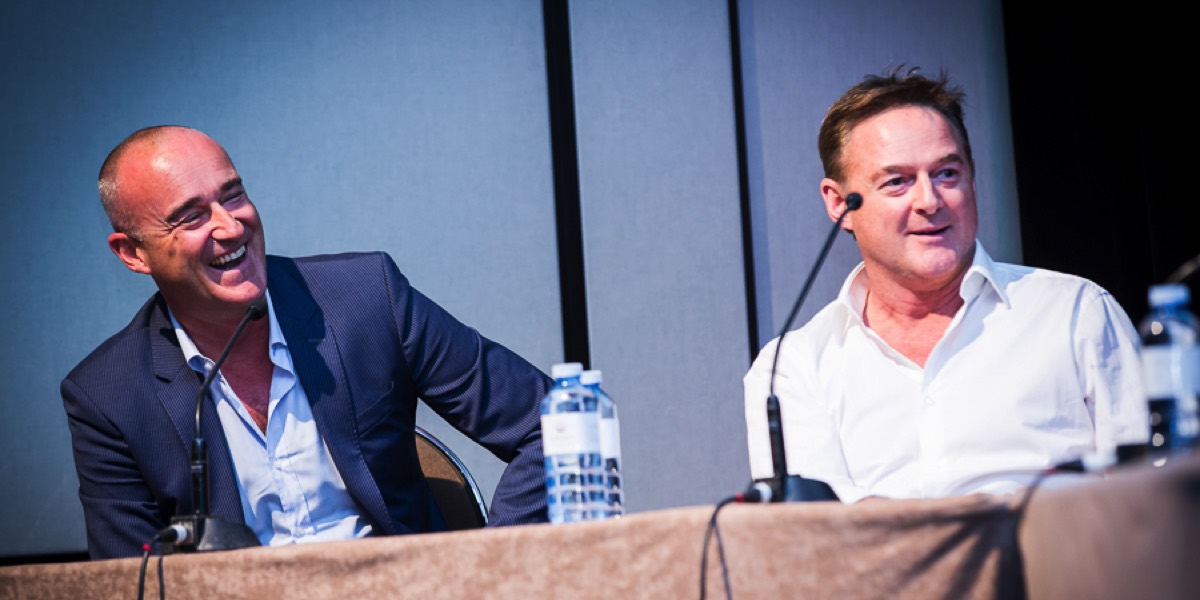 You can read more about the Screen Forever conference here at Mediaweek, including the feature interview with Ten Network chief executive Paul Anderson, the presentation from ABC director of television Richard Finlayson and John Edwards’ 2015 Hector Crawford Memorial Lecture.

The joint chief executives of the merged Endemol Shine Australia business, Mark and Carl Fennessy, spoke at the Screen Forever conference this week about building the new production company.

Asked by interviewer Dominic White how big the business would be, Mark noted it was not a lot bigger than their Shine Australia operation. “We are the same size as Shine with six extra people,” he explained.

Mark admitted the merger had been challenging and had taken a lot longer than expected.

The brothers are looking forward to having a much bigger scripted presence in the Australian market after a background of working largely in unscripted. The drama team at Endemol Shine is John Edwards, Mimi Butler and Imogen Banks.

Although the bringing together of the two companies Endemol and Shine had taken some time, Carl added it was not unlike what they did with the merger of Crackerjack and Grundy TV earlier in their careers.

Mark confirmed they had planned to initially leave the new business, before agreeing to stay and take control. “We thought we were going to run the Nine Network,” joked Mark. “But we are not lawyers.”

As to the secrets of their business relationship, they noted they rarely have disagreements that last. “We just don’t talk for 24 hours,” said Mark. “We are polar opposites almost, but with complementary skill sets.”

Both admitted they missed working with Lis Murdoch, the founder of the Shine production business. “She was the best direct report I ever had,” said Mark. “An inspiring lady,” added Carl, who said she was a real entrepreneur.

They noted the changing media landscape offered new opportunities for content makers, although some of the new platforms had yet to offer tempting financial incentives.

When asked how long they would stay at Endemol Shine, they claimed at least 12 months, then clarified with a smile: “For the forseeable future.”