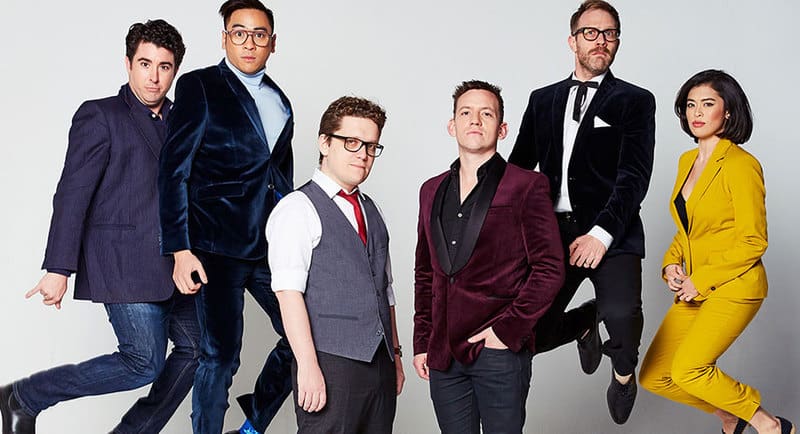 The projects include Drum Wave, a new thriller from the team behind Relic; Mid Life, a follow up to Luke Eve’s drama High Life; and an online comedy about Dungeons and Dragons called Dragon Friends: Dream Killers.

THE LATEST PROJECTS FUNDED FOR DEVELOPMENT INCLUDE:

Dragon Friends: Dream Killers: A six-part online animation/live action hybrid which follows friends Gabe, Ally, Mike and Eddie who get banned from their local trivia night. In need of a new activity to keep the splintering friendship group together, they leave their real life behind and enter the world of Dungeons and Dragons. This adventure comedy is created by the team behind The Dragon Friends podcast, with writer/director David Harmon and writers Edan Lacey, Alexandra Lee, Michael Hing, Ben Jenkins and Simon Greiner. It will be produced by Lacey, Jenkins, Shakeera Khan and Grace Rein.

Andrew the Big BIG Unicorn: A children’s television series about a sweet-hearted purple rhino called Andrew. Living with his adoptive parents in a world full of unicorns, Andrew grapples with growing up a bit different to his peers. This animated series from Pirate Size productions sees writer Dan Nixon team up with storyboard artist Alyssa Smedley. It will be produced by Bryony McLachlan and executive produced by Avrill Stark (The Deep).

Over My Dead Body: A six-part television series about a Muslim woman named Rana who is haunted by her recently deceased, conservative mother Hayat. With Hayat’s spirit mysteriously earthbound, Rana’s freshly-independent lifestyle is exposed, forcing mother and daughter to connect in unexpected ways – but thank goodness Hayat is already dead, otherwise they’d kill each other. This comedy drama will be written by Amal Awad, who is joined in the writers room by Jane Allen (Janet King), Kacie Anning (The Other Guy) and Adele Vuko (Over and Out).

We Ate Jeff: A dark television comedy about a group of four strangers who survive a plane crash in the desert and reluctantly eat the dead pilot on day one. To their surprise they are rescued later that afternoon and they resolve to cover up their terrible secret. Developing the series will be writers Nick Musgrove (How to Stay Married), Nicolette Minster (The Legend of Burnout Barry) and Anna Barnes (Retrograde), creative producer Nick Russell (Let’s Break ‘Em Up!) and executive producer Damian Davis (Mr Black). The set-up director is Catriona McKenzie (Tidelands).