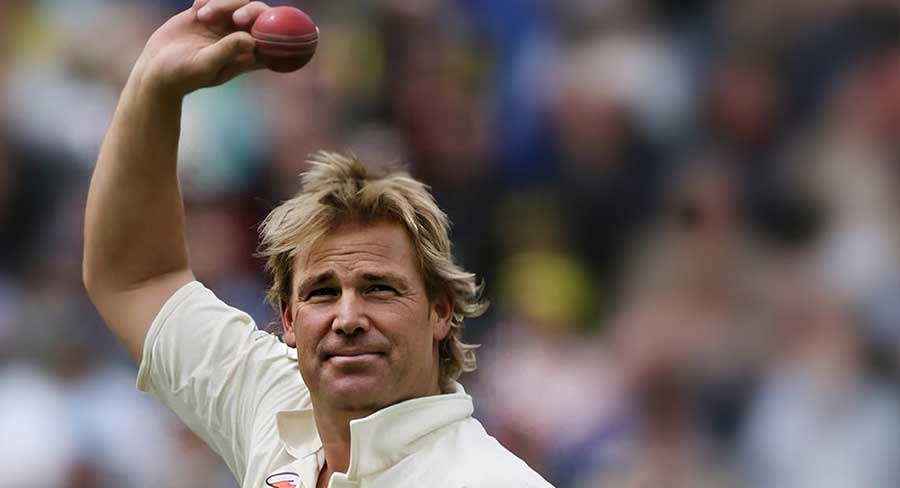 • These projects include Shane, a feature documentary about cricketer Shane Warne

Screen Australia has announced $2.1 million of production funding for 12 projects funded through the Producer Program and two through the Commissioned Program.

These projects include Shane, a feature documentary about cricketer Shane Warne, and Woven Threads – Stories from Within, a series about mental health for Pedestrian TV.

Also included are online documentaries Strange Beasts uncovering a tiger and lion park in 1970s Melbourne, and A Big Life about Australia’s femme and butch scene in the 1950s.

Screen Australia’s head of documentary Bernadine Lim said: “This is an exciting lineup of projects telling uniquely Australian stories across science, social issues, modern legends and even big cats, through different formats and media. It’s fantastic to support three co-productions which open up the teams to international opportunities in financing as well as audience reach.”

“The past few months have presented several challenges for the sector but it’s been great to see that many documentary projects have been able to continue production in some form, and we’re impressed with the adaptability and resilience teams have shown.”

Last month the agency changed the Documentary Development Program to be open year-round to increase flexibility for creatives. In the final round of development before the program was re-opened on 25 May, 12 projects received funding.

Screen Australia has provided a description of the approved projects:

THE COMMISSIONED DOCUMENTARIES ARE:

• The Science of Success: A one-hour science documentary for CuriosityStream, the Canadian Broadcasting Corporation and the Sveriges Television that reveals a series of new discoveries about how success emerges. This project is written and directed by internationally acclaimed filmmaker Annamaria Talas and produced by Simon Nasht of Smith&Nasht, the creators of The Kingdom: How Fungi Made Our World. The Science of Success is an Australia-Canada Official Co-Production with Intuitive Pictures, led by producer Ina Fichman. This project has also received principal production investment from the Canadian Media Fund and is financed with the assistance of Screen NSW.

• What Does Australia Really Think?: A three-part series for SBS from the makers of Is Australia Racist? and Is Australia Sexist?. This project will examine key social issues in Australia and the stigma that surrounds them. Producer Darren Hutchison teams up with executive producers Jacqueline Willinge and Dan Brown of Joined Up Films. This project is supported by Screenwest and Lotterywest and is financed with support from SBS.

THE PRODUCER PROGRAM DOCUMENTARIES ARE:

• A Big Life: A 15-minute online documentary from writer, director and producer Anna Brownfield (Wicked Women) and Poison Apple Productions. Exploring the life of Bobbie Nugent, a well-known part of the Australian femme and butch scene in the 1950s and 60s, this project tells a story of gangsters, sex workers, travelling side shows and Australian transgender history. A Big Life is financed with support from the Melbourne Queer Film Festival.

• A Plague on our Houses: A two-part documentary from Emerald Films and Possum Creek Films examining the factors that led to COVID-19 impacting the globe, which looks at the link between animal habitat destruction and environmental damage, and ‘spillover’ events that cause viruses. The series highlights a multi-disciplinary team in Australia and the US developing data linking human and animal health. The team is working to predict future events while encouraging change to bring about positive outcomes for global societies, and stop these spillover events at the root cause. The creative team features writer/director/producer Sally Browning (Project Planet), writer/producer Rachel Sullivan and executive producer Colette Beaudry (Attenborough’s Life in Colour).

• Bob’s Manual for Living and Dying: A feature documentary from writer/director Amiel Courtin-Wilson (Bastardy) which follows the final week of Bob, a 65-year-old Jewish American man with Parkinson’s disease, as he prepares to die with dignity by choosing voluntary euthanasia. As Bob farewells friends and family, his life is transformed in this impressionistic, unflinching meditation on time and mortality. This documentary is produced by Courtin-Wilson and Alice Jamieson-Dowd, co-produced by Chris Luscri and executive produced by Michael McMahon (The Coming Back Out Ball Movie) and Sophie Hyde (In My Blood It Runs).

• Carbon – An Unauthorised Biography: A feature documentary from Genepool Productions for the ABC, CBC and ARTE which presents the untold story of carbon, the least understood element on earth. The film will take viewers on a journey from the death of a star to the birth of the modern world, and towards an understanding of today’s vital issues of energy, climate and survival. This project is proposed as a co-production with Canada, and is written and co-directed by Daniella Ortega (Enigma Man: A Stone Age Mystery) and co-directed and produced by Niobe Thompson (Equus: Story of the Horse). It is also produced by Sonya Pemberton (Vitamania) and Lucy Maclaren (Aftermath: Beyond Black Saturday). Carbon – An Unauthorised Biography is financed with support from the ABC and developed with the assistance of Film Victoria and Shark Island Institute.

• Facing Monsters: A feature documentary from Beyond West and Veerhuis Pictures. While pursuing his passion for an extreme adventure, a man wrestles with the dilemma that what defines him could also kill him. The creative team features director Geoffrey Smith (The English Surgeon), producer Chris Veerhuis (Breath) and executive producer Frank Chidiac (Nippers). This project is supported by Screenwest and Lotterywest.

• General Hercules: A feature documentary from Toy Shop Entertainment centred on the remote mining town of Kalgoorlie, Western Australia where Greek migrant and local eccentric John Katahanas, also known as General Hercules, tries to change the system by running for mayor. The first feature documentary from writer/director Brodie Poole (Where the River Runs Red), this film explores the relationship between the local government and its residents in the wake of economic and political changes in the town. Poole teams up with producer Ruby Schmidt (Belonging) and executive producer Matthew Bate (Sam Klemke’s Time Machine).

• SHANE: A feature documentary about iconic cricketer Shane Warne, exploring his rise as a controversial sporting star. This film will chart the evolution of Warne’s career and accompanying lifestyle while exploring universal themes about national identity and a shared need for love and acceptance. SHANE will be a co-production between Australia and the UK. It will be co-directed and co-produced by Jon Carey and Adam Darke of Gospel who collaborated on Forbidden Games: The Justin Fashanu Story. The producers are Sam Griffin and Brendan Dahill of Essential Media whose credits include Beyond the Boundary: Inside the Battle for the Ashes 2019, as well as Gospel’s Dave Rowley (Gilberto Silva’s Road to Rio) and Eclipse Films (Finding Your Feet), with co-producer Rebecca Bennett (Ghosthunter). They are joined by executive producers Paul Wiegard, James Erskine, Michael Cohen and Andrew Neophitou. Madman are on board as distributor and Dogwoof are handling international sales.

• Strange Beasts: A short online documentary from Oh Yeah Wow that shines a light on the Bacchus Marsh Lion Safari, a lion and tiger park on the edge of Melbourne that allowed visitors to drive their own cars through enclosures. During the 1970s the safari was one of Victoria’s most popular tourist attractions, but since its closure it has largely been forgotten. This project is directed and produced by Darcy Prendergast (Monster’s Playground), produced by Rachel Gilkison (The Water Song) and executive produced by Cameron Ford (The Bikes of Wrath).

• Strong Female Lead: A one-hour documentary that explores Australia’s struggle with the notion of women in power. Writer/director Tosca Looby (Magical Land of Oz) teams up on this project with executive producer Karina Holden (Love on the Spectrum) of Northern Pictures. Strong Female Lead has been commissioned by SBS for its Australia Uncovered series, and is financed with the assistance of Screen NSW and philanthropy through the Documentary Australia Foundation.

• Television Event: A feature documentary from Common Room Productions that looks back at a 1983 telemovie The Day After which confronted the politically divisive nuclear arms race during the Cold War. This documentary tells the story of how a North American commercial network broadcast what would become one of the world’s most influential television moments. Television Event is directed and produced by Jeff Daniels whose credits include Mother with a Gun and The 10 Conditions of Love. This project is presented by Impact Partners and has been developed with the assistance of Film Victoria.

• Woven Threads – Stories from Within: An 8 x 5 minute animated online documentary series for Pedestrian TV which aims to de-stigmatise mental health issues for young people, by sharing real stories from those with firsthand experiences. This project is created by the team behind the AACTA Award-nominated series Woven Threads: Stories from Afar, with writer/director/producer Michi Marosszeky and producer Paul Sullivan. It is financed with support from the NSW and Federal Governments through the Mental Health Stimulus, and AIA Insurance.