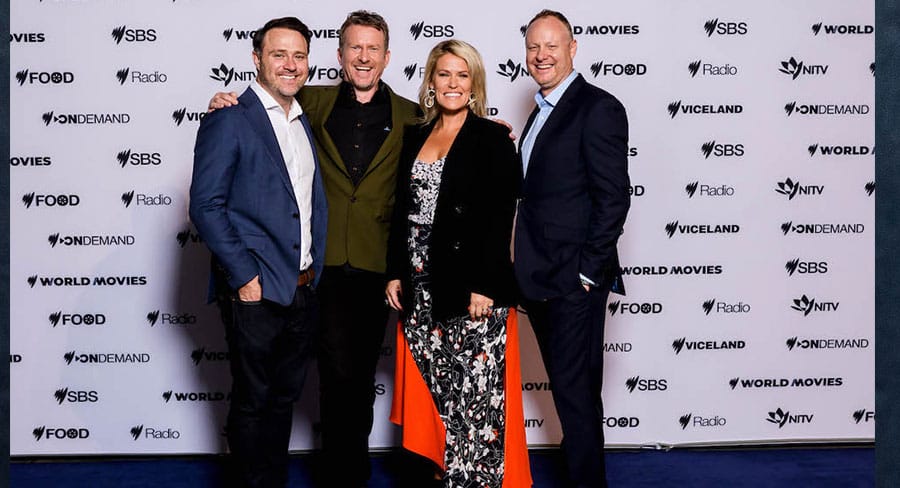 • Here are the highlights the SBS 2020 schedule

The final TV upfront for 2019 was long and detailed, but at the end of it most attending would have come away thinking the broadcaster was worthy of the public funds it receives every year to keep it on air.

Here are the highlights of its 2020 schedule with more to come in the following days:

SBS has revealed its 2020 line-up, with a slate of original and impactful programs Australians won’t see anywhere else. As Australia’s most distinctive network, SBS will continue to tell stories that entertain, inspire and champion an inclusive Australia – diverse, multilingual, complex, compelling and rich.

SBS Managing Director, James Taylor said: “No other media organisation explores and reflects modern Australia like SBS, telling stories otherwise untold and giving a voice to those often unheard. In 2020, we will continue to lead the way in helping all Australians better understand the benefits and opportunities of a more inclusive society through our boldest and most original offering yet – world class content along with vital services that go the core of what we stand for as an organisation, and who we are as a nation today.”

Director of TV and Online Content, Marshall Heald said: “SBS thrives on telling stories that explore complex issues and can have meaningful impact. With permission to be bold, original and genre bending – SBS is a leader in original dramas and documentaries that inform, entertain and, where possible, shift the dial on attitudes. This cuts to the heart of SBS’s 2020 slate – to present stories that confront tough questions without easy answers, and continue to capture the national conversation around issues central to our Charter in creative and innovative ways.” 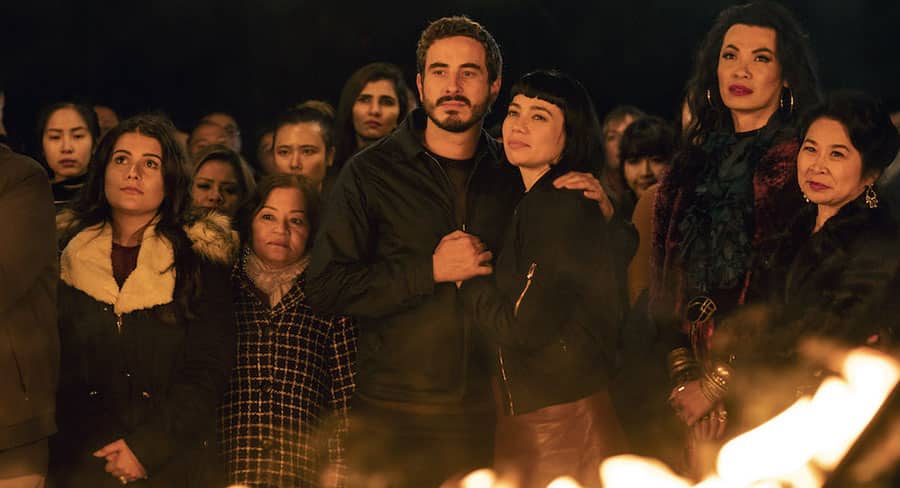 Directed by Ana Kokkinos (The Hunting), SBS’s epic revisionist Western New Gold Mountain is the as-yet untold true story of the Australian gold rush from the perspective of Chinese miners who risked everything for a chance at unlikely wealth in a strange land.

Produced by Matchbox Pictures (Safe Harbour, The Family Law), Hungry Ghosts will also premiere in 2020. When a tomb in Vietnam is accidentally opened on the eve of the Hungry Ghost Festival, a vengeful spirit is unleashed, bringing the dead with him. As these spirits wreak havoc across the Vietnamese Australian community in Melbourne, reclaiming lost loves and exacting revenge, May Le, a young woman who has never taken responsibility for who she is, must finally accept her destiny and help bring balance to a community still traumatised by war. The supernatural thriller features a diverse ensemble cast including Catherine Văn-Davies, Bryan Brown, Clare Bowen, Ferdinand Hoang, Gareth Yuen, Justine Clarke, Ryan Corr, Jillian Nguyen and Suzy Wrong.

Storytelling is a powerful vehicle to drive inclusion and in 2020, NITV will continue to tell positive First Nations children’s stories with the return of the award-winning Little J and Big Cuz in January and live-action comedy Thalu later in the year.

New and returning international drama series exclusive to SBS in 2020 include new series War of the Worlds, Dublin Murder and Zero Zero Zero and the anticipated return of The New Pope, Brooklyn 99, The Good Fight and The Handmaid’s Tale. It’s a shocking statistic that on average, one woman is killed by a man she knows every week. Announced today, See What You Made Me Do is a ground-breaking new documentary series presented by Jess Hill, the author of the critically acclaimed book by the same name, which will trace how a love story can end in murder and which will seek out solutions in Australia and from across the globe to see how we can tackle this epidemic.

Michael Portillo hosts many of SBS’s most watched series as he travels by train across the UK, Europe, the US and India. He is back in 2020 with a new series. Although the promo photo has him standing beside Sydney Harbour, the series is Great Australian Railway Journeys and is expected in the first half of 2020.

Also announced today, Who Gets to Stay in Australia? is an emotive and provocative four-part series that follows stories of people whose lives hinge on one crucial decision.  Australia’s immigration laws are among the toughest in the world, so who gets to call Australia home and who’s forced to leave?

The new three-part series Addicted will provide access to a group of 12 Australians as they confront their addictions head-on in a unique treatment program, while Come Fly With Me, presented by Justine Clarke, will uncover how the fight for equality in the skies helped transform our society in the air and on the ground.

While most other free-to-air TV serves up wall-to-wall reality, SBS will continue to keep it real with the best local and international documentaries across SBS, SBS On Demand and SBS VICELAND. The network will welcome back some of its most successful commissioned and acquired documentary titles with new seasons of Marry Me Marry My Family, Every Family Has a Secret, NITV’s Family Rules, Where Are You Really From?, Who Do You Think You Are? and Filthy Rich & Homeless returning in 2020.

Revealed today, medical expert and TV personality Dr Andrew Rochford will swap privilege for homelessness in the third season of Filthy Rich & Homeless, while TV presenter Lisa Wilkinson, broadcasting legend Bert Newton, and country music star Troy Cassar-Daley are among the well-loved faces joining Who Do You Think You Are? in 2020.

Mastermind will return for a second season with host Jennifer Byrne at the helm and in 2020, SBS will introduce Celebrity Mastermind to the entertainment slate.

The broadcaster commented a number of times during the presentation it will soon have the only FTA food channel.

Through a fusion of Indigenous food and connection to country, NITV’s Food offering inspires audiences to embrace the richness of community and Aboriginal knowledge. The Beach is a deeply moving and beautiful new series from award winning film director and screenwriter Warwick Thornton about the healing power of country.

NITV news and current affairs remains committed to securing greater awareness of Indigenous affairs for all Australians with NITV News, The Point and Living Black all returning in 2020. On SBS, Tuesday’s remain our current affairs showcase with Australia’s leading forum for ideas and powerful first-person stories Insight and international documentary and current affairs series Dateline. Announced today, SBS VICELAND’S multi Walkley Award-winning The Feed will join the line-up in 2020. “Early in the new year, SBS will release ‘What does it mean to be an Australian today?’, a major study examining our sense of identity, culture, community, belonging and trust. With five million Australians speaking a language other than English at home, we will also reveal insights into how in-language advertising affects brand affinity and purchasing behaviours. These are insights that only SBS provides, helping brands understand and connect with modern Australia.”