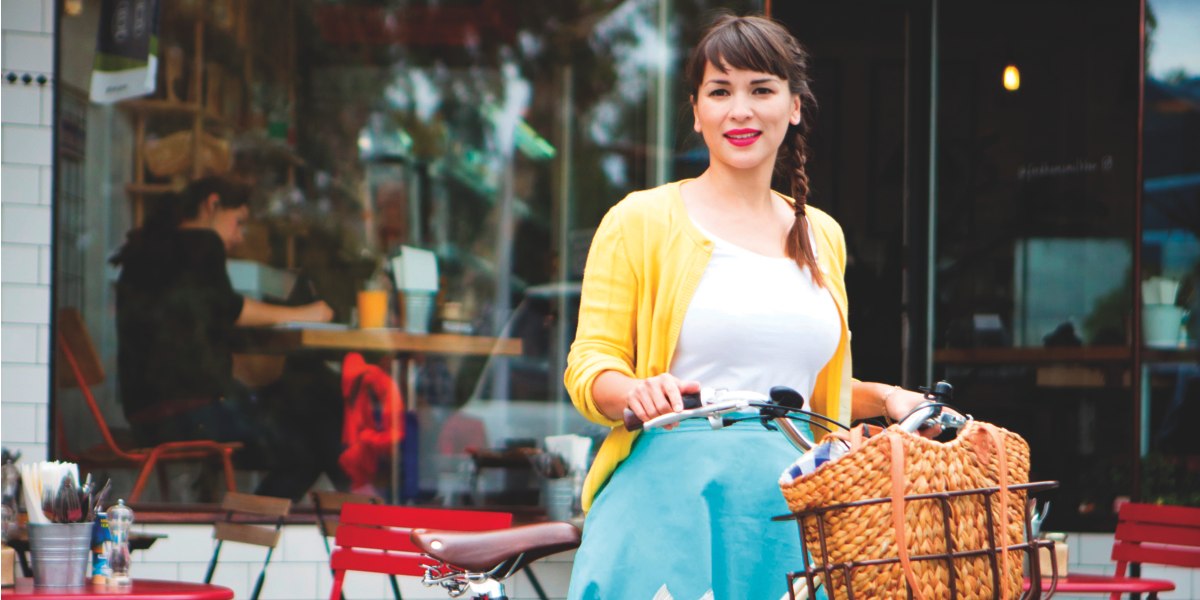 SBS’ Rachel Khoo on her latest series in Melbourne: “My real love is food”

When Mediaweek spoke to Rachel Khoo about her upcoming SBS series Rachel Khoo’s Kitchen Notebook: Melbourne down the phone from her UK base, she’d just come back from a book tour of Germany and was set to go to Istanbul for a food exploration in the next little while. While her life might seem like a dream to many people, Khoo maintains that she’s not lucky. “People are always asking me how I got to be so lucky that I can travel the world and cook on television for a living, and it really drives me mad. I don’t think I’m lucky – I think that if you look at successful people throughout the world, luck is often the furthest thing from the truth. Whether it’s me or Serena Williams, successful people are the ones who have worked tirelessly for years before getting any recognition.

“I approached so many people with my concept for the TV show, and got so many nos. I was rejected by a number of people, but I kept looking. I was very strategic in who I spoke to and developed networks with – I kept on trying to meet the right people. When I did, after I finally got a yes, people were crying out ‘overnight success!’ – that’s so far from the truth,” she emphasised.

Khoo got her start in food after studying a pastry degree at Paris’ Le Cordon Bleu. “I was working in PR, but I wasn’t enjoying it – my real love is food. So I picked up and moved to Paris, where I studied pastry. After that, I started writing food books – I wrote two in French, and then I saw a bit of an appetite for it in English so in 2012 I wrote ‘The Little Paris Kitchen’. At the same time, I was working on developing my concept for a television series, and it went to air on BBC Two, and was then seen in a bunch of other places including Australia, Brazil, Hong Kong and the USA.”

Since then, her star has continued to rise. The franchise Rachel Khoo’s Kitchen Notebook has taken her around her hometown of London and from places as far-flung as Provence, Stockholm and Naples. Now, FremantleMedia Australia and the BBC have created Rachel Khoo’s Kitchen Notebook: Melbourne, the first original format deal to come from FremantleMedia Australia’s production partnership deal with BBC Worldwide Australia and New Zealand. Khoo said that Melbourne had long been on her bucket list, because of the city’s renowned foodie culture. “I had long heard great things about Melbourne’s food culture and Australia in general, and had really wanted to make a show there. Plus, I knew that SBS had bought a lot of my shows in the past and there was clearly an appetite for it.

“I had an absolute ball filming. I went out and did a research trip ahead of filming the show last year, and I was only in Melbourne for four or five days. In that time, I didn’t get even half of what I wanted to try eaten. There is just so much good food and such a great foodie culture.”

Throughout the eight-part series, Khoo explores Melbourne and surrounds including the Dandenongs and the Bellarine Peninsula, as well as the well-trodden foodie paths of Lygon Street, Brunswick Street and Chinatown. Executive producer Karen Warner, a television veteran who has worked on cooking juggernauts MasterChef and MasterChef: The Professionals, has created a series that is a mashup of the foodie/travel genres. As well as fruit picking in the Yarra Valley and drinking coffee on Brunswick Street, Khoo spends eight weeks living, cooking and eating like a local, coming back to cook in a warehouse apartment in inner city Melbourne. There, she is joined by one local chef or gourmand in each episode to create an innovative dish in their restaurant kitchen. Margaret Fulton’s granddaugher Kate Gibbs and Pope Joan chef and owner Matt Wilkinson are among the familiar faces that will appear on the SBS series. Beyond the series, Khoo has also developed unique content for the SBS website, including recipes and Melbourne-based food offerings.

When Mediaweek asked Khoo what her favourite food was, she told us in no uncertain terms that picking just one favourite was impossible. “That’s like asking a musician what their favourite song is or a parent who their favourite child is. It’s just not possible for me to say! In summer I love a beautiful tomato salad, made with fresh ingredients and a drizzle of olive oil, enjoyed outside on a beautiful sunny day. But in winter, it’s all about comfort food and something you can curl up in front of the fire with, maybe a beautiful roast piece of meat with some winter vegetables. I really truly can’t choose.”