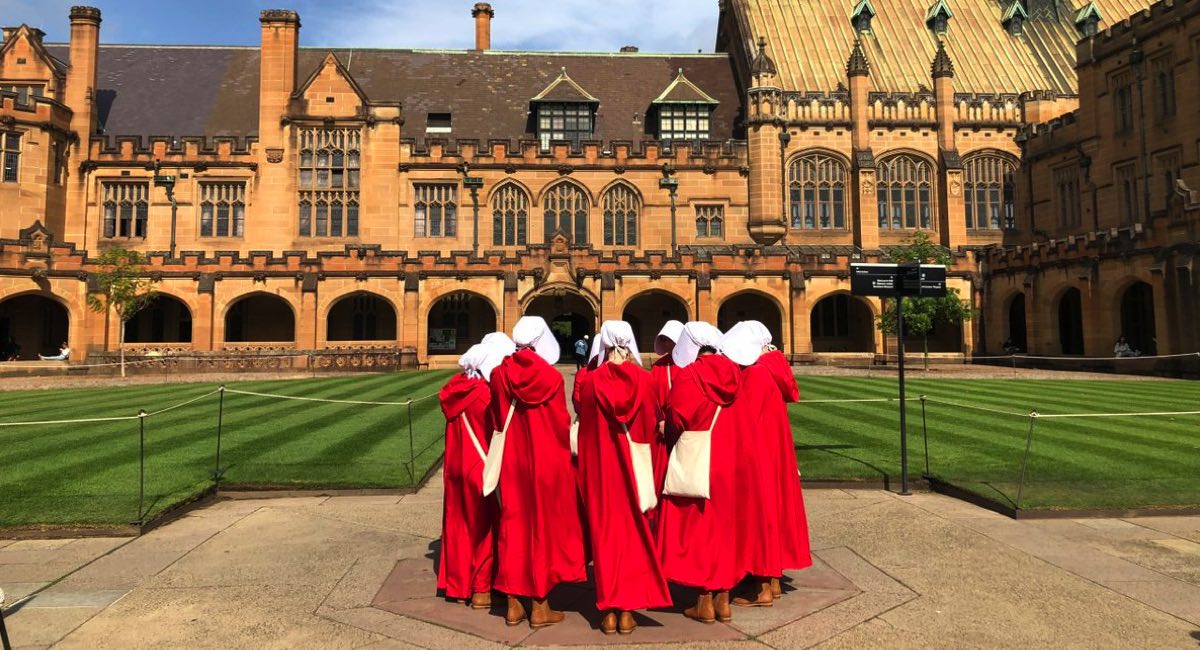 The broadcaster has also launched a dedicated Handmaid’s Tale podcast, Eyes On Gilead.

SBS mounted a publicity stunt to coincide with the launch of the second season of The Handmaid’s Tale yesterday.

A team of women dressed in the red robes and white bonnets made famous by the series turned up across Sydney at venues as different as the offices of TV Week and a lecture theatre inside Sydney University.

Meanwhile SBS has launched a dedicated Handmaid’s Tale podcast, Eyes On Gilead, which will feature a separate edition on each episode of season two.

The weekly conversation is warning there are spoilers aplenty, so watch the episodes first and then listen to help work through your thoughts. The podcast hosts are Fiona Williams from SBS Movies and The SBS Guide managing editor, Sana Qadar, who is a journalist on Small Business Secrets, and Natalie Hambly, who is SBS Life managing editor.