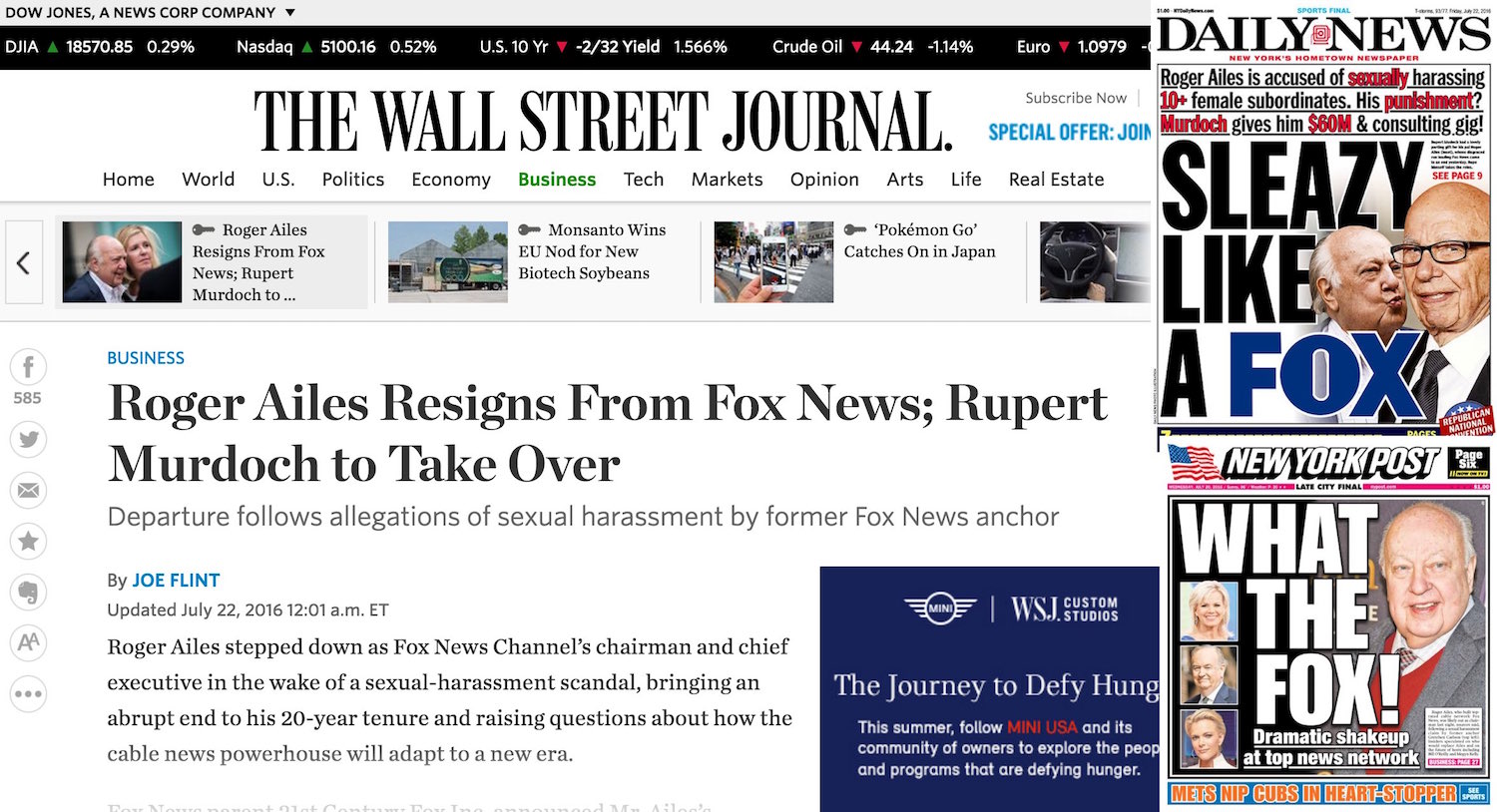 Rupert Murdoch, executive chairman, 21st Century Fox, said:
“Roger Ailes has made a remarkable contribution to our company and our country. Roger shared my vision of a great and independent television organisation and executed it brilliantly over 20 great years.
Fox News has given voice to those who were ignored by the traditional networks and has been one of the great commercial success stories of modern media.
It is always difficult to create a channel or a publication from the ground up and against seemingly entrenched monopolies. To lead a flourishing news channel, and to build Fox Business, Roger has defied the odds.
His grasp of policy and his ability to make profoundly important issues accessible to a broader audience stand in stark contrast to the self-serving elitism that characterises far too much of the media.
I am personally committed to ensuring that Fox News remains a distinctive, powerful voice. Our nation needs a robust Fox News to resonate from every corner of the country.
To ensure continuity of all that is best about Fox News and what it stands for, I will take over as chairman and acting CEO, with the support of our existing management team under Bill Shine, Jay Wallace and Mark Kranz.” 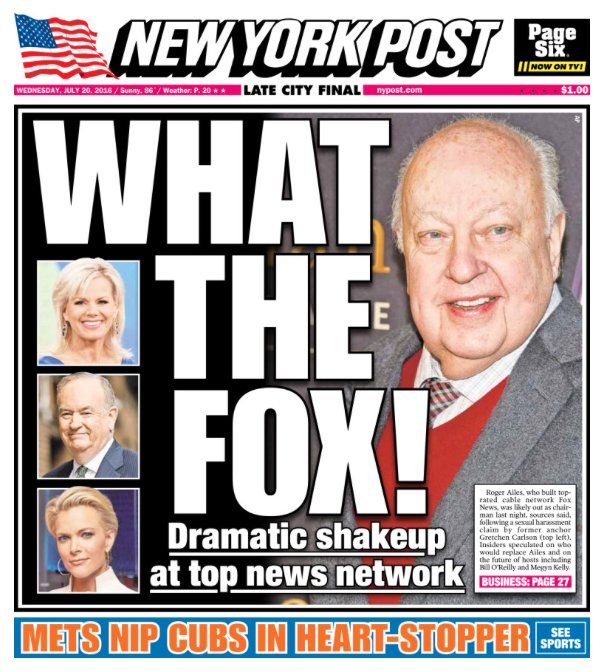 Lachlan Murdoch and James Murdoch, 21st Century Fox’s executive chairman, and CEO, respectively, said:
“We join our father in recognising Roger’s remarkable contributions to our company. Our talented Fox News and Fox Business colleagues, up and down the organisation and on both sides of the camera, have built something that continues to redefine the cable news experience for millions of viewers. We are enormously proud of their accomplishments. For them, as well as for our colleagues across our entire organisation, we continue our commitment to maintaining a work environment based on trust and respect. We take seriously our responsibility to uphold these traditional, long-standing values of our company.” 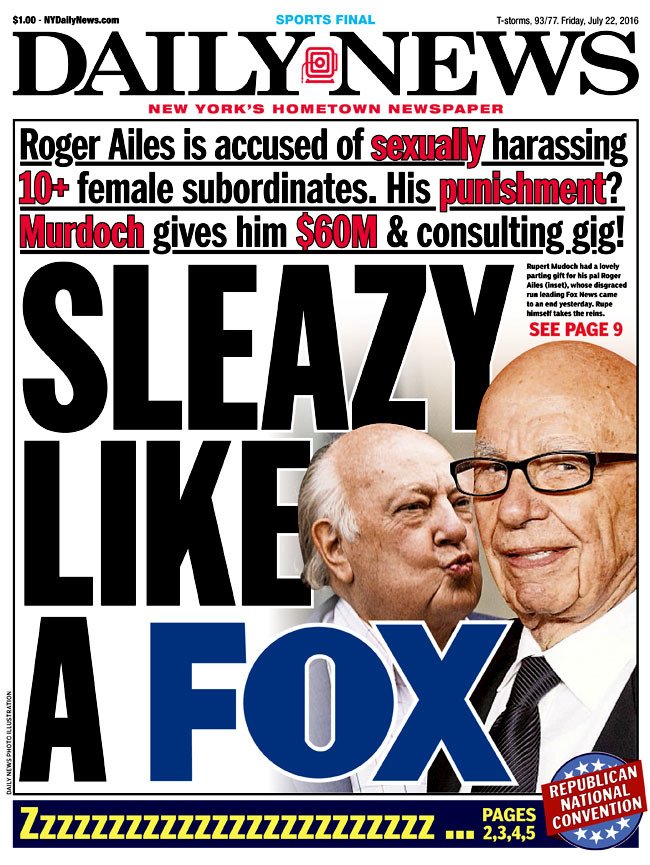 The Wall Street Journal added:
Roger Ailes will get an exit package worth more than $US40 million, according to a person familiar with the matter, and will be a consultant for Rupert Murdoch. Ailes’ agreement includes a noncompete clause that prohibits him from starting a competing video product, the person said.
The departure of Ailes comes less than three weeks after former Fox anchor Gretchen Carlson filed a lawsuit alleging that Ailes retaliated against her and sabotaged her career because she complained about a hostile work environment at the network and rebuffed his advances.
Murdoch addressed staff in the Fox newsroom in Midtown Manhattan.
“Roger has made a remarkable contribution to our company and our country, “ he told them. “(He) shared my vision of a great and independent television organisation and executed it brilliantly over 20 great years.”
[Read the original]