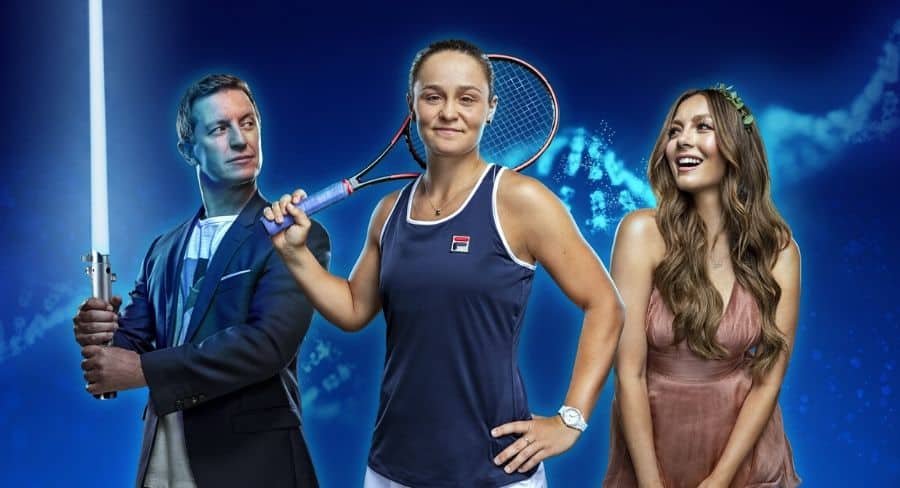 • Disney+ is available at disneyplus.com – with all new customers eligible for a 7-day free trial.

Disney+​ has today announced the launch of ​Disney+ DNA​ – designed to help people find out what characters truly represent who they are as a person.

The interactive Disney+ DNA test ​measures your reaction to hundreds of scenes from iconic films and shows across the Disney, Marvel, Pixar, Star Wars and National Geographic library that make up Disney+. Your reactions are then analysed to reveal your Disney+ DNA make up, represented by famous heroes, villains and princesses that are featured in Disney+, along with the reasons why you share attributes with each character.

To encourage Australians to find out who they really are, Disney+ recently enlisted the help of several well-known Aussies including World Tennis Champion, ​Ash Barty​, entertainer and TV presenter, ​Rove McManus, ​and singer ​Ricki-Lee Coulter, ​and asked them to delve deep into their own, albeit surprising, Disney+ DNA results.

Barty​ said: “When they asked me if I’d be willing to take a Disney+ DNA test to prove what I was really made of, I said ​hakuna matata​!

“I have always loved ​Simba​ and ​Moana​. But when I found out that I was 56% The Hulk​ I was a bit surprised. Even though I didn’t know much about the big green guy I realised we shared some similarities… I’d like to think I have a bit of his endurance, determination and superhuman strength!”

McManus, who famously voiced the role of Crab in Disney Pixar’s ​Finding Nemo, ​added: “I am super excited to now be on board with Disney+. I’m an unabashed fan of their entire range of content – and can even proudly say I am part of a teeny tiny bit of it.”

Ricki-Lee​ said: “I am so excited to be part of the Disney family and to be involved in the Disney+ DNA campaign with Rove & Ash. I’ve been obsessed with all things Disney since I was a little girl, so to grow up and work with such an iconic brand alongside two Aussie icons is a real dream come true in so many ways,”

The Disney+ DNA campaign kicks off today. To complete your Disney+ DNA test, head to ​the website.