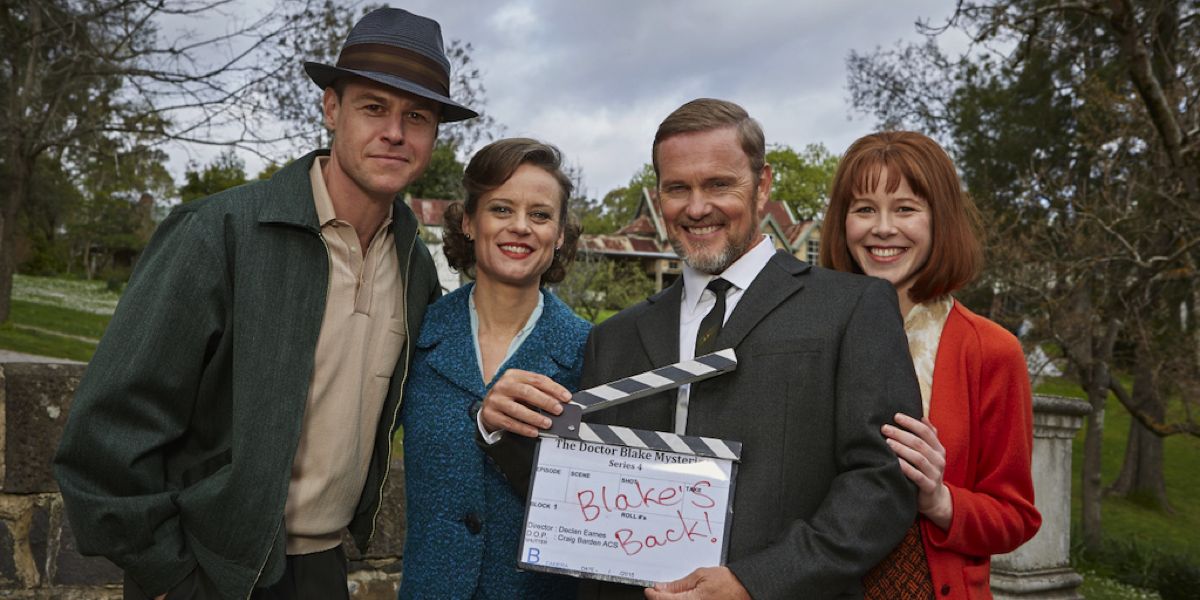 ABC TV has announced filming is underway on the fourth series of the popular drama The Doctor Blake Mysteries, with two of Australia’s favourite actors joining the cast, Rodger Corser and Anna McGahan.

With a combined average metro and regional consolidated audience of 1.6 million viewers for series three earlier this year, The Doctor Blake Mysteries has cemented itself as one of Australia’s best loved dramas.

Starring Craig McLachlan as the brilliant police surgeon Dr Lucien Blake, 1950s Ballarat continues to be a hotbed of murder and deception, trickery and espionage.

ABC executive producer Carole Sklan said: “We are delighted that the tremendously entertaining Craig McLachlan has been joined by stars Rodger Corser and Anna McGahan for more enthralling mysteries in a fourth series of The Doctor Blake Mysteries.”

The series co-creator and producer George Adams said: “Season four is, I know, going to be another classic, full of tales of deception, devilment and delight. We can’t wait to get started.”

The fourth series will film in and around Melbourne and Ballarat, with the new eight episodes airing on ABC next year.