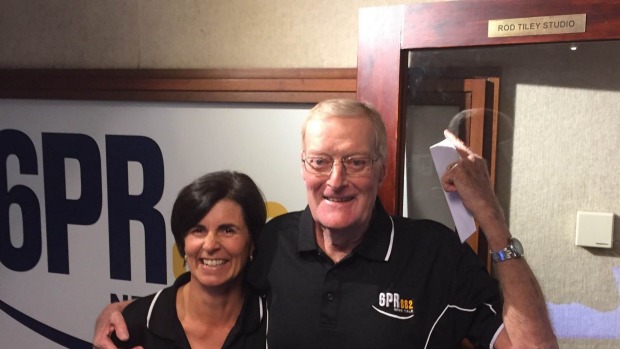 LISTEN: Rod Tiley signs off on a radio career spanning four decades due to health issues

Rod Tiley signed off from 6PR on Sunday after a radio career spanning four decades, reports the station.

Tiley was diagnosed with liver cancer in October 2015 and despite intensive treatment, has not been able to win that battle and continue with his weekend shows.

“Mr T”, as he was affectionately known, joined 6PR in 2011 after a successful career in Queensland spanning almost four decades. He started in radio at 4AM in Mareeba in 1973 and over the years worked as a music jock, journalist, sport commentator, news director and news talk presenter, with Brisbane being his home for many years.

He told listeners and his co-host Sue McDougall: “Folks, why I am leaving, and it’s not by choice by the way. If I could spend these last few weeks with Sue, I’d be happy to do it… While I’d like to stay with you Sue, I don’t have the strength any more.”

Listen to his revelation below.