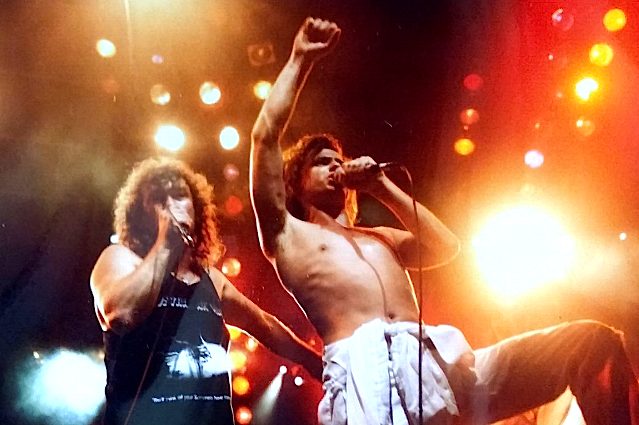 Universal Music Group (UMG) has announced the production of a feature-length documentary film about the extraordinary life of INXS lead singer Michael Hutchence.

Passion Pictures, the multi-award winning production company with film credits including the Academy Award-winning documentary Searching For Sugarman, will co-produce. Richard Lowenstein, a close friend of Hutchence and whose writing and directing credits include He Died with a Felafel in His Hand, Say a Little Prayer and Strikebound, has agreed to direct. INXS is signed to Universal Music Publishing Group.

David Blackman, UMG’s head of film and television development and production, said, “Michael Hutchence was a musical genius who led one of the world’s biggest bands to global stardom, only to succumb to a tragic end. We have assembled an incredible team that is committed to telling Michael’s story and providing the world with a portrait of a man who left behind an enduring musical and cultural legacy.”

John Battsek from Passion Pictures said, “To be a part of such an impressive team embarking on making the definitive INXS/Michael Hutchence feature documentary is a real thrill for me and everyone at Passion Pictures. To know we have access to everyone and everything required to make such a film and the full support of UMG just reaffirms to us all that we can tell this story in the truest and most authentic way possible. That’s why we make documentaries in the first place.”

Chris Murphy, INXS’s longtime manager and chairman of Petrol Records, said Hutchence’s daughter,Tiger Lily, will be a beneficiary of the film’s proceeds. “I am extremely proud that Michael’s film includes Tiger as a beneficiary,” he said.