How the franchise has expanded down under beyond Melbourne

Having spearheaded the making of more than 50 episodes of Real Housewives, Matchbox Pictures’ Kylie Washington is still surprised by what the cast members say in front of the camera.

“You just never know with these women. At times when I am on the field during a shoot, my jaw still drops to the ground,” Washington told Mediaweek. “I sit next to Debbie Lee [director of scripted development] and I constantly tell her, ‘Debbie, you wouldn’t even think of writing this stuff.’ It’s just outrageous. If you were to write it in a script someone would say, ‘That is ridiculous. You have to cut that out.’” 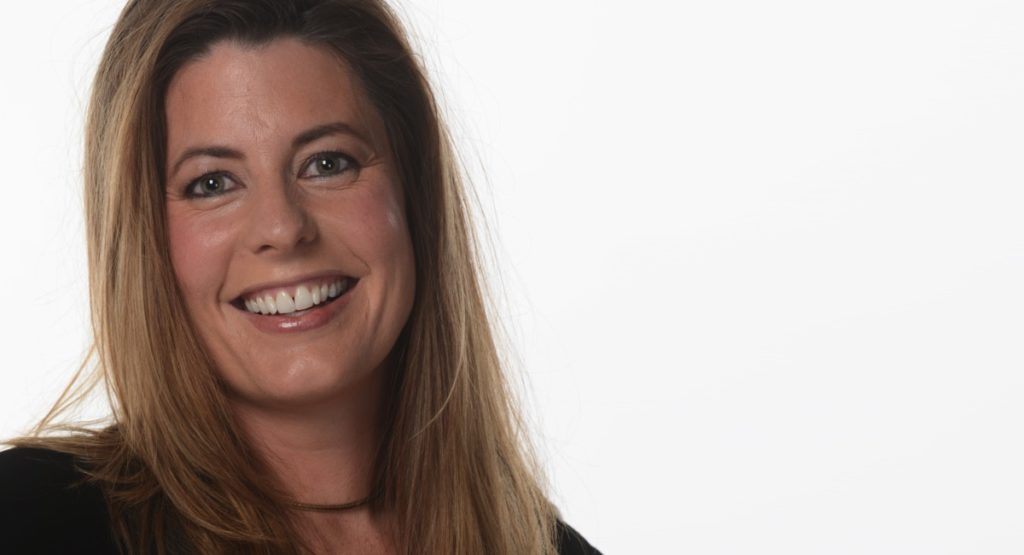 The filming of the latest addition to the Housewives franchise – The Real Housewives Of Sydney – was no different.

Having gone through the casting process for The Real Housewives Of Melbourne and then Auckland, one would think that casting for Sydney would be an easy process for Washington. However, that was not the case.

“We had a really hard task ahead of us,” she said. “We had done three series of RHOM and the cast on that show had been so fantastic and continued to deliver across the series. It took three seasons to get to the point we did at the end of the last season. So to start all over again, we really felt the pressure of having to not just get it right but also get a cast that could go and be at the series three level immediately.

“After a successful run, we didn’t want to turn around and have a total dump of another one.”

The different cities that the Housewives represent have a big influence on the casting process.

She said: “We really thought about what would be the differences between the cities, because that is the thing with the American franchises – there are always these subtle differences.

“For Sydney we knew that we would mostly have women from the eastern suburbs who live close to the harbour, the beach and that kind of a scene. We went looking for women who were different from Melbourne and spoke to what Sydney might be, in the context of this show. Sydney is quite transient, international, and can be a little superficial – that’s certainly what it is known for when you live in Melbourne for a while.” Achieving diversity in the cast for a show like Real Housewives can be a challenge, Washington said.

“Diversity is crucial. When you are dealing with a show that has a cast of six or seven women, we already have a long list of boxes to tick. We are open to anything, but they have got to have that lifestyle and a desire to be on a show like this. Not all women are up for a show like this.”

Washington pointed out that among the 21 housewives in the Melbourne, Sydney and Auckland franchises, nine are from non-Caucasian backgrounds.

What is different about casting for a Housewives series from every other reality TV show is that the cast is recurring. To get this formula correct, Washington and her team spent about four months casting for The Real Housewives Of Sydney.

“You don’t part ways after a series,” Washington said. “You have to work out [things like] is there enough going on their lives? Are they interesting enough to sustain not just one series but a second and beyond?”

The biggest learnings about making a show like Real Housewives, for Washington and her team, came during the making of season one of the Melbourne series.

“This is a really tricky genre to produce, because you need to deliver on high drama, but it can’t be faux drama,” she said.

“You need the best producers in the country to be able to work with our cast and build trust.

“Then as we moved into the following series in Melbourne, we started to learn about how that relationship moves and changes as everyone becomes more cemented in the cast. You still have to deliver and not have a cast that becomes complacent about being on the show and having expectations that they deserve their spot on it.” 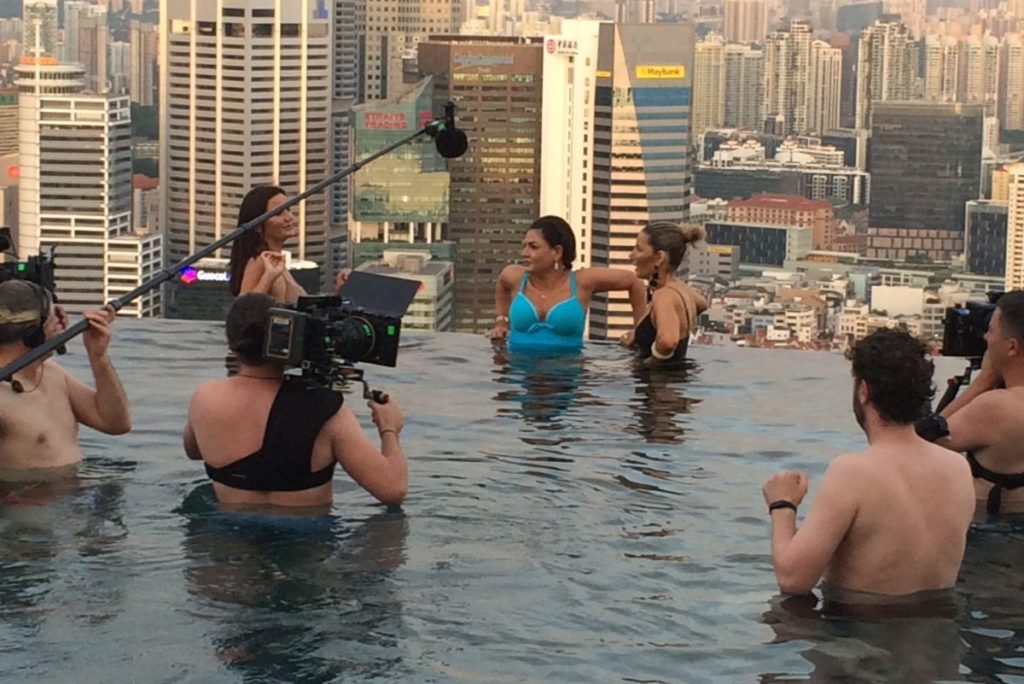 Keeping a series like Real Housewives fresh to keep the viewers coming back can be a hard job. With The Real Housewives Of Melbourne, Matchbox Pictures introduced two new cast members, Pettifleur and Gamble, in season two.

“You have to have a core group, because that’s who the viewers get to know. Over time you get to know what is going on in their lives. You are going through your own life at the same time,” Washington said. “To keep it fresh, we bring in a new housewife who brings in a whole new world for us to explore.”

Another tactic Washington uses to keep the viewers enticed is to explore the relationships that the housewives have with other people in their lives.

“In the last series of Melbourne with Janet, we explored what sort of relationship she had with her ex-husband and stepchildren. That was a fascinating insight about her as a stepmother and what she may have been like inside that marriage.”

Asked if the production team has any limitations about how deep it can go into a participant’s life, Washington said: “There are no limitations. There have been some issues that have come up in the past. We have a general rule and production philosophy about children.

“We figured that the children didn’t sign up for this show – their mothers have. We get very protective when it comes to children.” 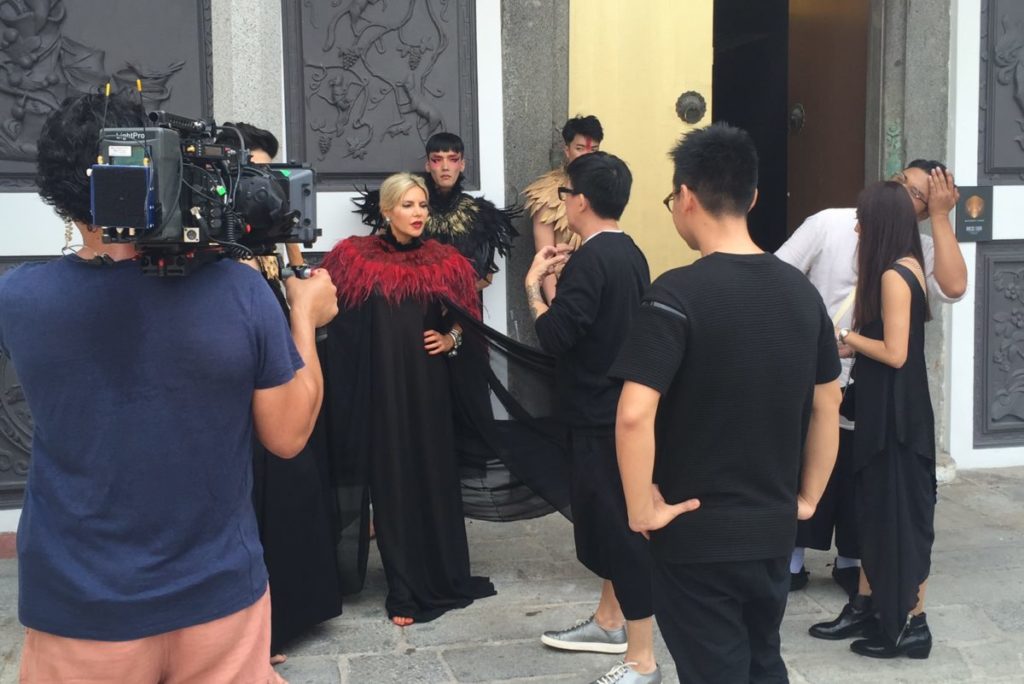 The Real Housewives franchise all over the world attracts a lot of opinions from viewers and non-viewers alike.

During the casting process of The Real Housewives Of Auckland, and more recently, Sydney, Washington made sure that the cast was given a briefing about this.

“The initial conversation that we have with them from the beginning is about the expectations from this show, and the impact that the show – good and bad – can have on their lives. We have to make sure that these women have really thick skins to be able to deal with a show that is at times very controversial. It can really get to them.

“We are also on during primetime in America and on ITV in the UK. So they are opening up their lives to a fairly large viewing population. Therefore, they are basically inviting anyone to comment on anything, because that’s what television does.

“I go through the contract clause by clause.”

Washington said that there was an incident in the past where a potential housewife declined to do the show just before she was about to sign the contract.