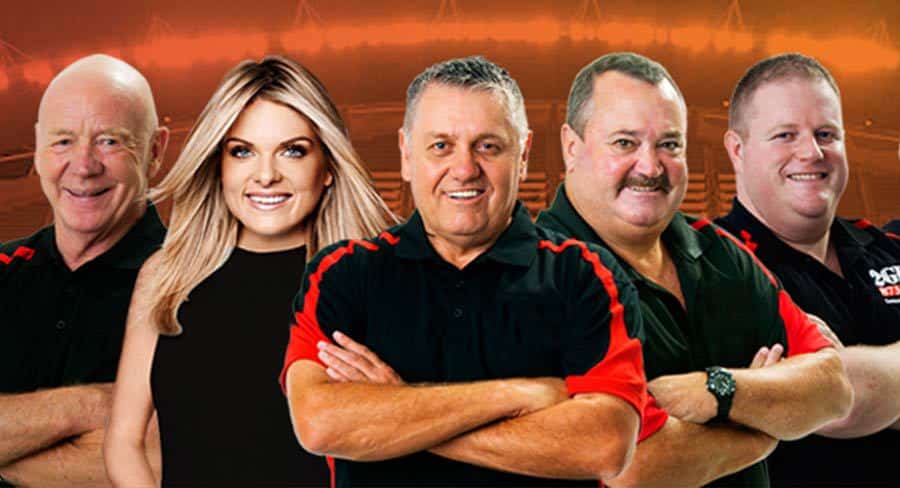 • Hadley, a Commercial Radio Australia Hall of Fame inductee, is a founding member of the team which started in 1987.

Ray Hadley and Bob Fulton have announced they will step back from their full-time roles with the Continuous Call Team on 2GB to allow the next generation of broadcasters to take the lead.

Hadley, a Commercial Radio Australia Hall of Fame inductee, is a founding member of the team which started in 1987. Hadley is getting married again this year, this time to his personal assistant Sophie Baird.

Fulton, one of rugby league’s Immortals, has been working with Hadley and the team for 32 of the 33 years the Continuous Call Team has broadcast.

Ray Hadley said: “I have worked either six or seven days a week for most of the past 33 years and it is now time that the young men and women who already do most of the heavy lifting are given their chance.

“Bob Fulton is one of my dearest friends and he has helped guide me for the best part of my career. We have a long-standing personal agreement that we will finish our full-time roles with the Continuous Call Team together.”

From 2020, Hadley and Fulton will consult and advise the Continuous Call Team, while Hadley will continue to call State of Origin games and the NRL Grand Final.

Hadley is contracted to Nine Radio for a further five years and will continue to present his top-rating morning program, which is heard on 2GB, 4BC and network stations around Australia.

“Ray Hadley and Bob Fulton have been institutions not only of the Continuous Call Team, but of Australian radio, for more than three decades,” said Tom Malone, Nine’s Managing Director – Radio. “While today marks the end of an era, we respect Ray and Bob’s wishes to finish their full-time weekend commitments together at this time. I am delighted that both will be available to guide the next generation of Continuous Call Team talent into the future.”

Nine Radio said further announcements regarding the 2020 Continuous Call Team line-up will be made shortly. It is expected Mark Levy will get the weekend hosting role in addition to his new weekday Wide World of Sport show.