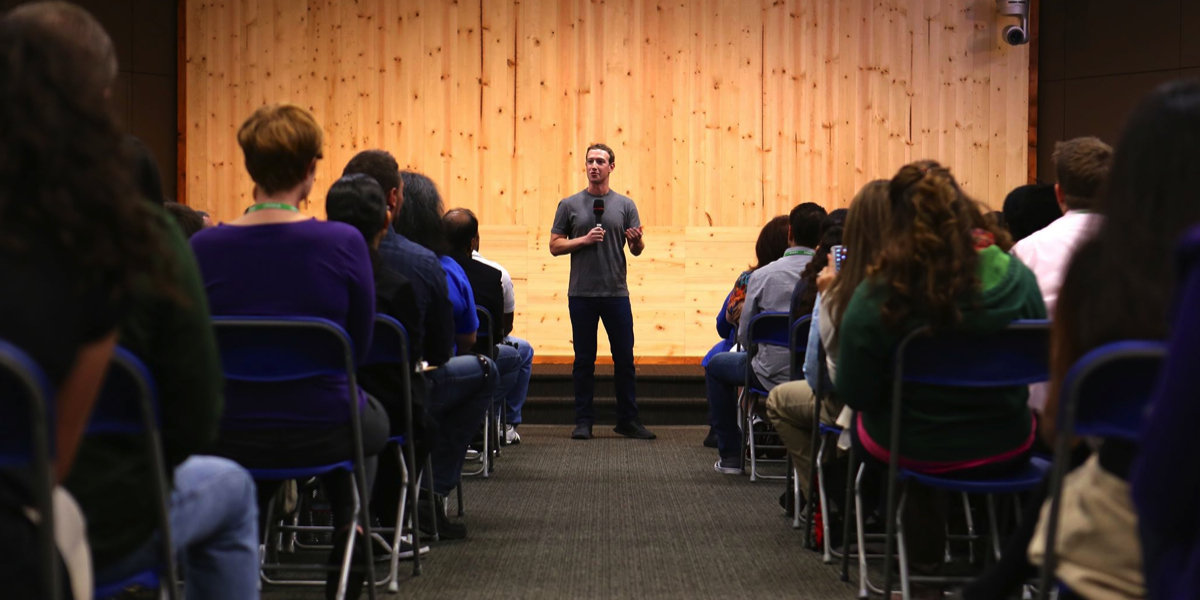 Social media giant Facebook held a Townhall Q&A with founder and CEO Mark Zuckerberg this week, revealing Zuckerburg’s stance on AI, why he came up with poking (it seemed a good idea at the time) and Facebook’s policy on using real names.

The likes of Huffington Post founder Ariana Huffington, Terminator star Arnold Schwarzenegger and US journalism Jeff Jarvis posted questions for Zuckerberg across an hour-long session. Zuckerberg answered Huffington’s question on how the way journalists publish online will evolve like this: “We’re seeing more and more rich content online. Instead of just text and photos, we’re now seeing more and more videos. This will continue into the future and we’ll see more immersive content like VR….

“Traditional news is thoroughly vetted but this model has a hard time keeping us with important things happening constantly. There’s an important place for news organisations that can deliver smaller bits of news faster and more frequently in pieces. This won’t replace the longer and more researched work.”

Facebook’s role in the news cycle was answered with reference to Instant Articles: “One of the biggest issues today is just that reading news is slow. If you’re using our mobile app and you tap on a photo, it typically loads immediately. But if you tap on a news link, since that content isn’t stored on Facebook and you have to download it from elsewhere, it can take 10+ seconds to load. People don’t want to wait that long, so a lot of people abandon news before it has loaded.

“That’s easy to solve, and we’re working on it with Instant Articles. When news is as fast as everything else on Facebook, people will naturally read a lot more news. That will be good for helping people be more informed about the world, and it will be good for the news ecosystem because it will deliver more traffic.”

As to Facebook’s role in the future, Zuckerberg had this to say: “In 10 years, I hope we’ve improved a lot of how the world connects. First, we’re working on spreading internet access around the world through Internet.org. Second, we’re working on AI because we think more intelligent services will be much more useful for you to use. Third, we’re working on VR because I think it’s the next major computing and communication platform after phones. In the future we’ll probably still carry phones in our pockets, but I think we’ll also have glasses on our faces that can help us out throughout the day and give us the ability to share our experiences with those we love in completely immersive and new ways that aren’t possible today.”