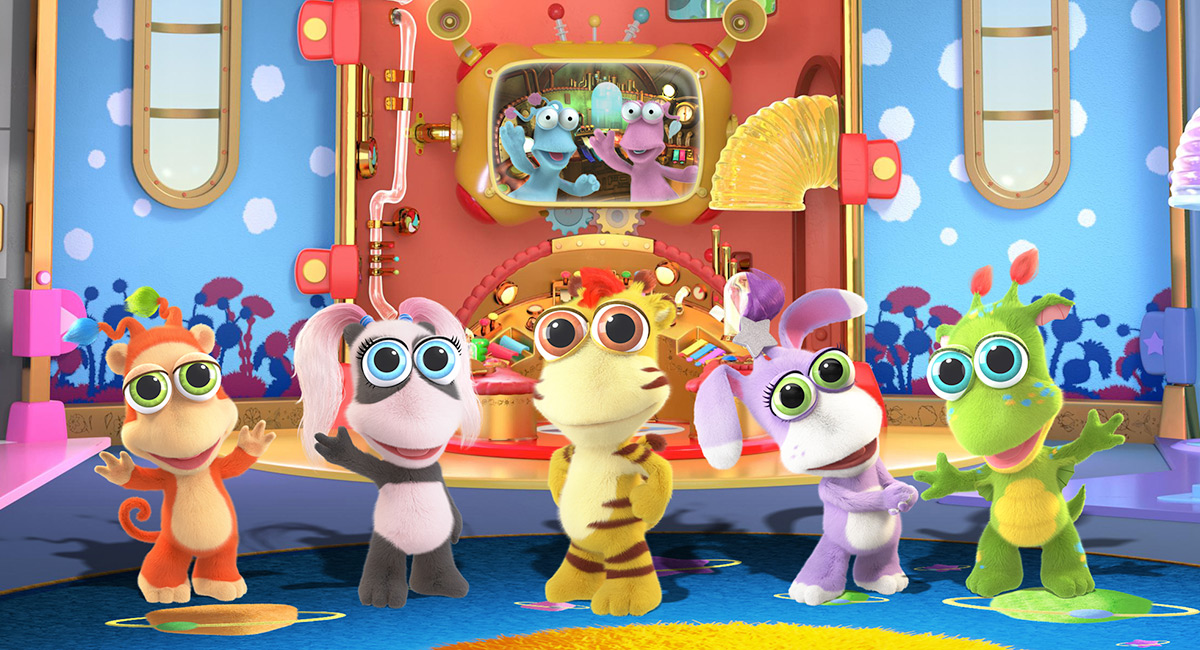 Slated to air on both broadcasters later this year, Kiddets expands upon The WotWots franchise with 52 x 11 new adventures and sees the introduction of five new WotWot characters: Patches, Dapper, Bounce, Stripes and Luna – young space cadets in training at a play school space academy on planet WotWot. Aimed at new and existing fans of The WotWots, Kiddets will enjoy a broader audience appeal including older preschool children with each episode demonstrating the positive values of teamwork and the building blocks of true and enduring friendship.

The series is co-produced by Pukeko Pictures and Guangdong Huawen Century Animation Company and is the first official children’s television co-production between New Zealand and China. Kiddets has been created by The WotWots’ creator Martin Baynton and will be executive produced by Richard Taylor.

The recently announced agreement extends to North American and European rights (for series 2) of the original Pukeko Pictures show The WotWots (78 x 11’), a global hit series that has aired in over a hundred countries and which included an extensive licensing program.