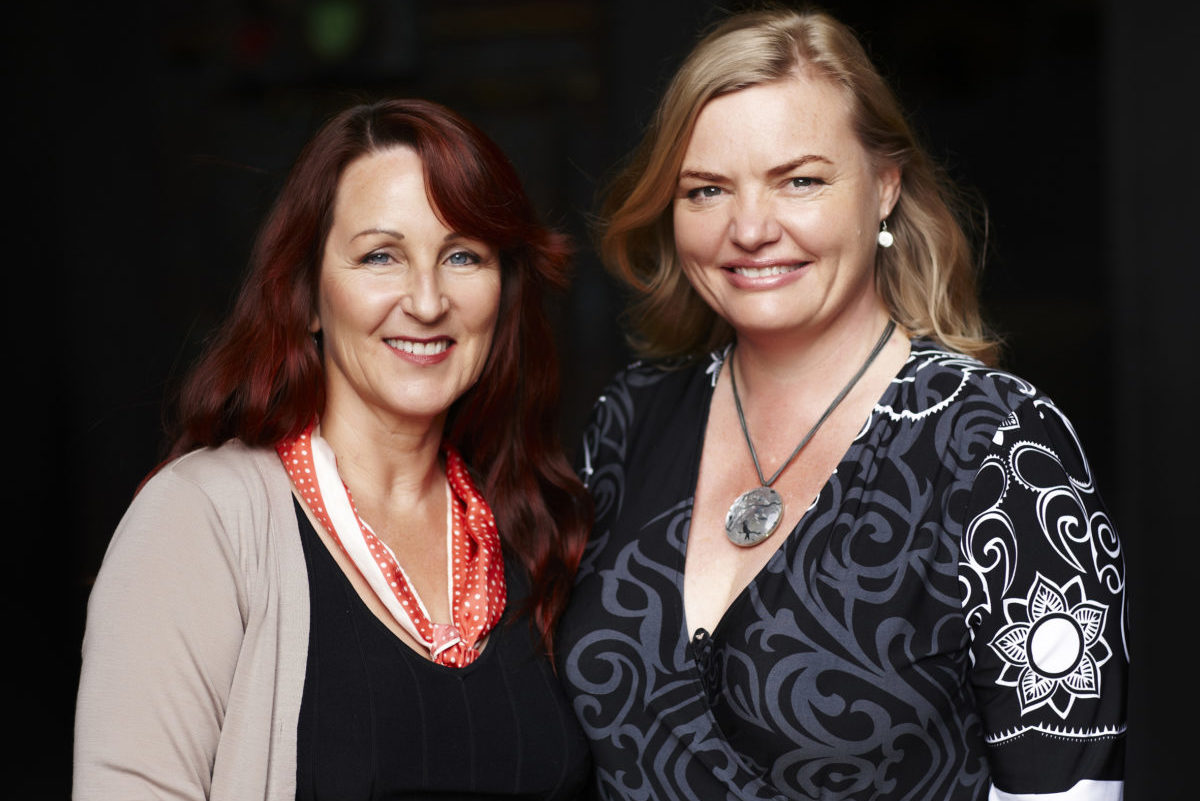 • After years with ABC, Every Cloud team loving their new drama homes

The executive producers and creators of the ABC’s Miss Fisher’s Murder Mysteries spin-off are more than happy with their Thursday evening timeslot.

Every Cloud Production partners Deb Cox and Fiona Eagger have been excited about their new drama, and their first on commercial TV.

Called Ms Fisher’s Modern Murder Mysteries, the producers found a home on Seven and they told Mediaweek, Home And Away is a good lead-in and Thursdays mean they won’t have to go head-to-head with either a cooking show or people getting married. Eagger explained they loved doing the original drama and how they devised a spin-off. “We are keeping the original series alive with a feature film in post production that will star Essie Davis and Nathan Page – Miss Fisher And The Crypt Of Tears. Village will distribute either later this year or early next year.

“For some time we have been looking at how we could keep the brand going in other ways. We had considered prequels where [lead character] Phryne was a younger person. But then the idea of a sequel and setting it in the 60s came up and we were attracted to the decade for lots of reasons.”

Cox: “The 60s were a little similar to the 20s [where the original series is set] in that women were having new opportunities they hadn’t had before. Miss Fisher was a celebration of opportunity for women and we realised we could also do that in the 60s with the long lost niece. “To have the new character Peregrine Fisher [played by Geraldine Hakewill] learning from the older generation was a huge attraction for.

“Like Phryne she comes from a working class background, but unlike her it was a battle with a single mother who was living in a caravan park.”

Eagger noted that the traditional home of Miss Fisher was the ABC and there had been discussions around the extension of the brand. Carole Sklan was the commissioning editor when the original series started. “There has been a change of drama heads and Sally Riley came in and commissioned some fantastic shows like Mystery Road. They would have liked more of our original series, but they didn’t really have an appetite for brand extension.”

“At that point we thought there was more juice left in the tank and we started exploring other options. We were talking to Seven about another series when this came up. They were intrigued by it and willing to jump quite quickly.”

The producers have made four Ms Fisher telemovies for Seven and admitted they think it amazing what people working on the production have been able to achieve in a short period of time. “It was a challenge for everyone,” said Eagger. “We had Beth Frey as producer, Fiona Banks was the start-up director, Ben Bangay was the designer and Maria Pattison was the costume designer. We have been very fortunate with the team.”

As to what was more challenging for the producers – the 20s or the 60s – they told Mediaweek: “There is more of the 60s left than the 20s so you are more restricted where you can go in the 20s,” said Cox. “The closer you get to modern times it gets a little easier.”

“It is still hard,” added Eager. “When we did the original series we found it was much easier to do it in Melbourne than Sydney. But when we were doing the film, because of so many renos and things under construction, it became really tricky for the 20s.

“The 60s is also hard and sometimes harder to find something distinctive from that period. The fourth telemovie is set in a cooking school and it is such fun having food from the 60s.”

As to their own TV tastes: “I tend to watch other murder mysteries to compare to or to learn from. Fiona and I have slightly different tastes,” said Cox. “My priority is watching other Australian drama.”

“We do try and keep up with watching Australian dramas and it is good to watch the writing, directing and acting,” added Eagger. “It is important to support other peoples’ work. There is so much variety though that it is hard to keep up. Almost every day someone is telling me about a new series to watch.” As to where they base their production company Every Cloud Productions, they joke they are all over the place.

“We are everywhere,” laughed Eager. “Head office is in Melbourne, but Deb has a satellite office in Byron Bay.”

“Occasionally I drag an Every Cloud production up north,” said Cox. “It is a bit hard to do either the 20s or 60s up there though. But I have managed with series like Gods Of Wheat Street, East Of Everything and Deadlock.”

Every Cloud has a fair bit on at the moment with development underway on SeaChange for Nine.

Nine’s head of programming Hamish Turner told Mediaweek this month the hope is that Nine will have episodes to screen later in 2019.

Cox explained they overlap projects as she works on development on the next project while Eagger works on post on recently filmed productions. “We do a lot for a small company.”

“We also try and nurture and bring in newer talent and we can then share the load with others.”

The production house has had major series with ABC, Seven and Nine, but as yet no streaming platforms have commissioned. “There is still room,” they both laughed.

“We have done most of our work with the ABC so it is very exciting to be working with Seven on Mod and Nine on SeaChange. We do love FTA and we do love television even though we are doing a movie, which was more to keep the brand alive.”

As to whether there is much difference working between a public broadcaster and a commercial channel, Eager initially joked, “Ask us in a year.” They then added together: “It has been really enjoyable. They are smart people at Seven and we work closely with Julie McGauran. Same at Nine with Andy Ryan and Jo Rooney.”

Cox: “We are not just blowing smoke up their wazoos. They are respectful and they contribute a lot.”

The producers are expecting good business for the telemovies outside of Australia. “Strong positive female characters sell,” said Cox.

“All broadcasters who took the original series want Modern as well. An international version will be produced with two parts for each episode, giving us an eight episode series if people prefer that.”