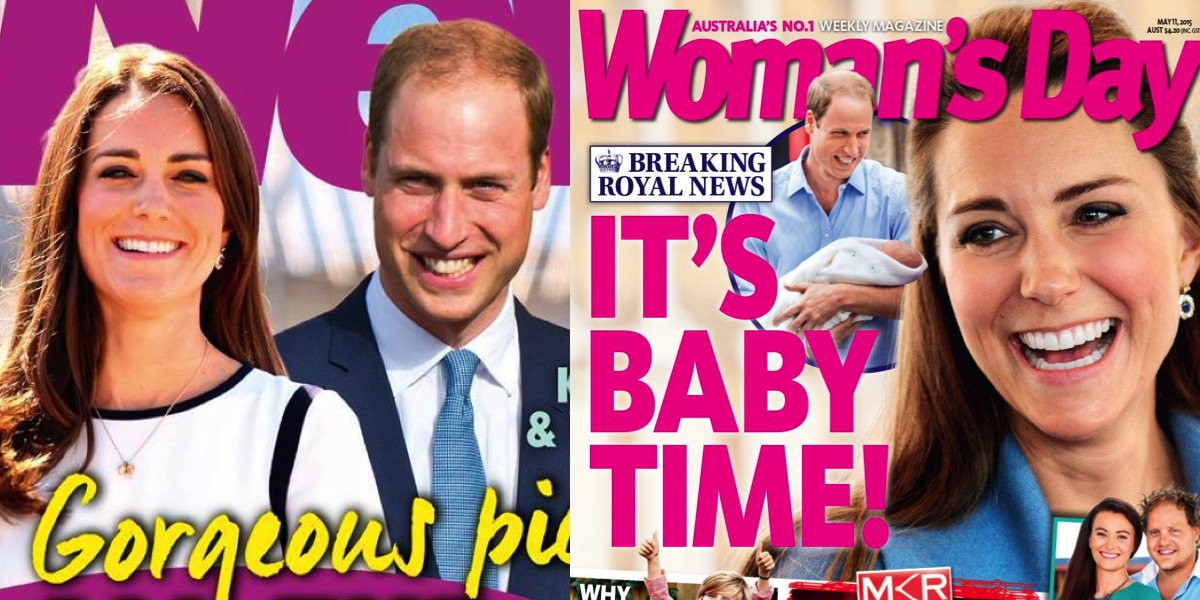 Weekly magazines will celebrate the arrival of Princess Charlotte Elizabeth Diana with special issues on sale this Thursday.

Bauer Media’s Woman’s Day will celebrate the arrival of the new royal princess with a special souvenir issue on sale Thursday 7 May.

The issue will offer 34 pages of in-depth royal coverage, including the princess’s first meeting with her big brother George, a celebration of royal babies through time, including the childhoods of Princes Charles, William and Harry, and Princesses Beatrice and Eugenie plus a tribute to the new princess’s grandmother, the late Diana, Princess of Wales.

Woman’s Day editor-in-chief Fiona Connolly said, “A royal baby doesn’t come along every day, let alone a real-life princess – it’s an event that deserves to be celebrated in a way that only a magazine such as Woman’s Day can deliver.

“With stunning photos and royal commentary from the best in the business, this very special souvenir issue of Woman’s Day will be one to savour for years to come, providing all women with a window into one of the greatest fairytales ever told.”

Pacific Magazines will publish special editions of New Idea and Who magazine on Thursday, which will both feature the new baby. New Idea will be an updated edition of the magazine which went on sale yesterday.