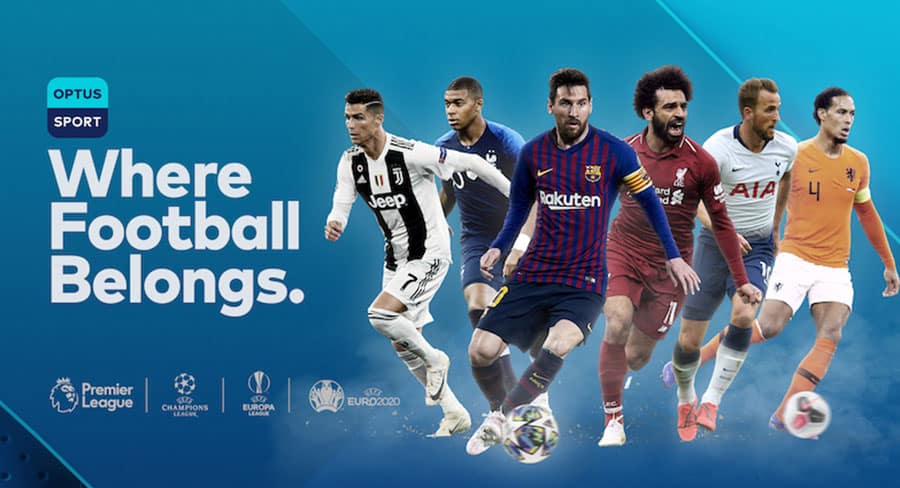 Optus Sport begins what the telco’s broadcasting division is calling its biggest 12 months ever when the Premier League makes its return on Saturday 10 August with Liverpool v Norwich City.

Now in its fourth year of broadcasting the Premier League, for the first time Optus Sport is the exclusive home of every live match of the world’s most watched football league.

For the first time, every live match will be shown exclusively on Optus Sport.

In another first, Optus Sport is also making all 380 games available on-demand this season, including the popular mini matches, so fans never miss a moment of the action.

“Having the Australian rights to show every single match of the Premier League exclusively live is an enormous opportunity for Optus Sport,” Optus’ head of TV and content, Corin Dimopoulos, said.

“Our suite of exclusively live premium sport content, which also includes the UEFA Champions League and UEFA Europa League, notably increases with the renewal of the Premier League this season.

“We are extending our production of mini-matches and highlights, giving our customers the ability to watch Premier League action when they want and how they want so they don’t miss a minute of their team’s action. 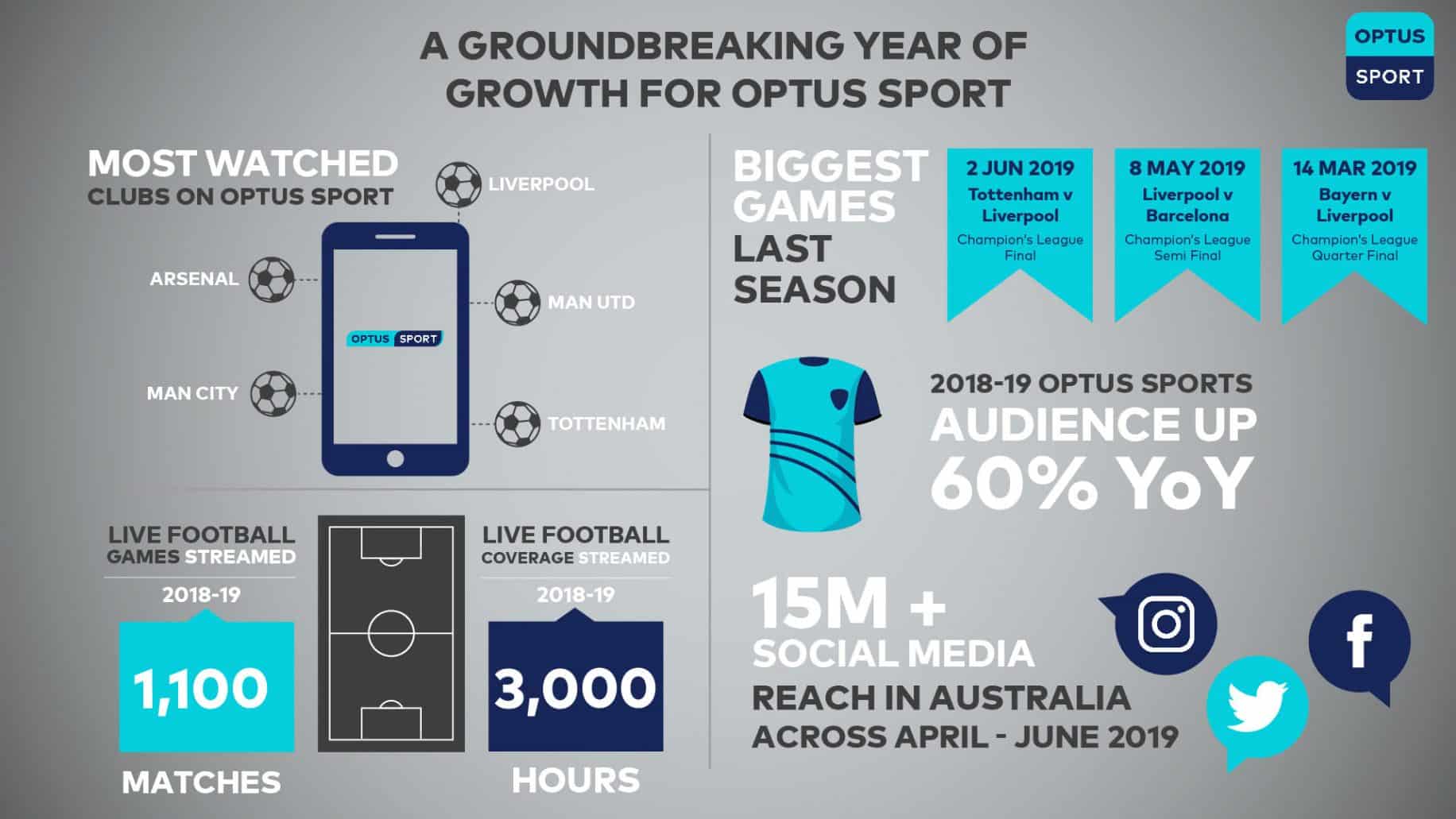 This season’s Premier League on Optus Sport will be the first time globally that a 5G mobile network will be used to stream a live Premier League match to football fans.

Optus is starting to roll out its 5G mobile network and while 5G is currently only available in limited areas, it represents a step change in streaming technology as Optus accelerates its 5G roll out.

“Making the Premier League available on Optus Sport through 5G is a world first,” Optus VP, TV, content & product development, Clive Dickens said. “This will be the first of many 5G initiatives we will take at Optus.”

Optus Sport had its biggest season ever across 2018-19 and broke many customer engagement and viewing records.

For the first time, Optus Sport has also revealed its subscribing account base is more than 700,000.

In addition, Optus is introducing a $10 Optus Sport Add On* for Optus prepaid mobile customers. This new offer provides Optus’ prepaid mobile customer base with access to the premium content available on Optus Sport for up to 28 days. This offer, alongside Optus’ extended football rights including the UEFA Champions League, UEFA Europa League, UEFA Euro 2020 Championships and the Premier League, is expected to drive continued strong customer growth.

As anticipation builds for the 2019/20 Premier League campaign, Manchester City and Liverpool are again expected to compete for the title, while Manchester United, Tottenham, Arsenal and Chelsea are again likely to lead the chasing pack, meaning the fight to qualify for European competition is fiercer than ever.

Norwich, Sheffield United and Aston Villa enter the competition after securing promotion, while Cardiff City, Fulham and Huddersfield were relegated.

All the on-field action will be complemented with a revamp of programming for matchday and beyond, which will include new content such as Scores on Sunday, Matchday Live Extra, The Weekend Review, The Headline Makers, The Watching World, The Big Interview, The Analysis Show and Inside the Premier League.