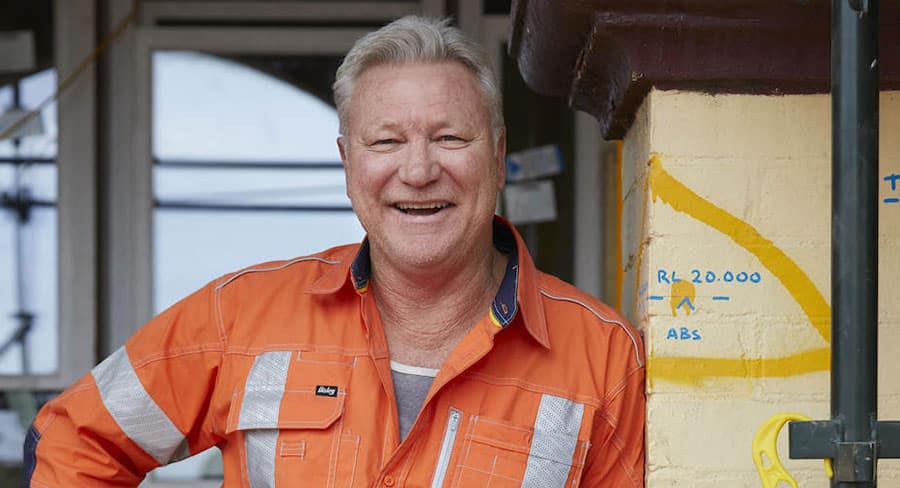 • Paul McGeough, The Guardian, Game of Thrones, and George Calombaris

The slump in profits at 2GB has been blamed on a campaign to axe Alan Jones that drove away advertisers, reports News Corp’s Matthew Benns.

Insiders claim live reads by Jones “dropped off a cliff” while bosses were trying to sack him and are only now beginning to return after new owners at Nine Media insisted he be re-hired.

2GB insiders say the long-running campaign to axe Jones from the breakfast slot is partially to blame, with advertisers unwilling to buy airtime until they knew who would be presenting.

“Commercials and live reads by Jones dropped off a cliff while those talks were on-going. There is a suspicion that there was a deliberate push away from his show,” the insider said.

The federal government has rejected several recommendations proposed by a Senate inquiry into political interference at the ABC, describing the appointment process for board members at the broadcaster as “adequate”, reports The Australian’s Zoe Samios.

A government response released yesterday said it “did not support” four recommendations relating to changes to the Australian Broadcasting Corporation Act 1983, but made note of the need for more funding certainty.

It comes four months after the environment and communications references committee, which was charged by the Senate last October to investigate alle­gations of political interference, first released the report.

The report recommended a review of the events leading up to the sacking of former managing director Michelle Guthrie last September.

When Paul McGeough, a former editor of The Sydney Morning Herald, and photographer Kate Geraghty arrived in Afghanistan’s Oruzgan province in January 2013, they were met on the tarmac by Australian military officers who told them: ”You have no permission to be here,” reports Maher Mughrabi, The Age’s features editor.

That terse warning could be the motto of McGeough’s career as a foreign correspondent for The Sydney Morning Herald and The Age. That career began in 1991 when he talked his way into Iraq and Kuwait in the guise of an “Australian observer”, complete with a helmet supplied by a Saudi officer, and ended this week with his retirement from the two mastheads.

McGeough received eight Walkley Awards over a period of 27 years. He had been honoured for his work in war zones in 2003, and at the time the Walkley Foundation’s judges drew attention to something he rarely mentioned: the risks he had taken to bring us such news. In 2001, he was one of a group of journalists travelling through Takhar province in northern Afghanistan who came under Taliban attack. German journalist Volker Handloik and French journalists Johanne Sutton and Pierre Billaud were killed. In 2003, he reported from Baghdad as the US invasion began and was later partially deafened by a truck bomb driven into the ground floor of his hotel.

In recent years he was based in the United States, where his work ranged from the state of American democracy and the presidency of Donald Trump to an in-depth profile of Pulse nightclub shooter Omar Mateen. But there was always the occasional reminder that McGeough’s best work crossed official boundaries. When the Turkish consulate asked what a journalist based in the US was doing writing less-than-complimentary pieces about Turkish President Recep Tayyip Erdogan in 2016, it was pointed out that our chief correspondent had done extensive work on Erdogan from Turkey years earlier.

The Guardian’s parent company has confirmed it hit its financial break-even target, as revenue rose to £224.5m in the last financial year, aided by growth in digital revenues and increased contributions from readers, reports the UK-based news brand.

Guardian Media Group confirmed preliminary figures showing that its main Guardian News & Media subsidiary recorded an operational profit of £800,000 for the first time in many years.

The accounts also detail the success of the business’s overseas operations for the first time. Revenue from advertising and reader contributions at the online-only Guardian US and Guardian Australia operations grew to £30.8m in the last financial year, equivalent to 14% of Guardian Media Group’s global revenues.

Although income from the Guardian’s print operations remains a very significant part of the business, largely due to the cover price paid by readers, the majority of the company’s income now comes from its digital operations.

UK print advertising now accounts for just 8% of total income, in stark contrast to many rival British news organisations, which remain heavily wedded to revenue from newspaper advertising and as a result are being hit hard by the industry-wide decline in circulations.

The Block, we need to talk about product placement

On its surface, The Block exists to fill two gnawing gaps in the market: the need for more inner-city heritage residential conversions and to create a long-overdue platform for young, hot, white people to run around in short shorts, a demographic that is all too often cynically overlooked, writes news.com.au columnist Alex Carlton.

But both these things, though important, are nothing more than happy by-products of the show’s true purpose: making money for Channel 9.

Once upon a time this would have been done through traditional advertisements that would be scattered throughout the program.

These television commercials are still there, but the real cash cow comes from sponsors’ product placement. And this year The Block is embracing the delicate art of brand integration more than ever before.

A one-hour program this week featured no fewer than 111 instances of product placement, either through a shot of a brand’s logo or recognisable product or through a verbal mention.

Sometimes these sponsor nods were subtle, such as fleeting glimpses of the Kennards Hire logo on various bits of equipment around the worksites or the Volkswagen badge visible on the couples’ vans.

Sometimes they were sledgehammers, like the large, heart-shaped Freedom sticker left on Jesse and Mel’s walk-in wardrobe (“Freedom Robes do a really great job,” enthused judge Darren Palmer obediently as they inspected the couple’s renovation. “They sure do,” echoed fellow judge Neale Whittaker).

Netflix has won the battle for an overall deal with Game of Thrones creators David Benioff and D.B. Weiss, the streaming platform has confirmed, reports Reuters.

This follows a three-way bidding war that had recently narrowed from the six major studios to Netflix, Amazon and Disney.

The deal is a multi-year agreement to write, produce and direct new TV series and films exclusively at Netflix.

“We are thrilled to welcome master storytellers David Benioff and Dan Weiss to Netflix,” said Netflix chief content officer Ted Sarandos in a statement on Wednesday.

Benioff and Weiss are currently occupied developing an untitled Star Wars movie for Disney that will premiere in theatres in 2022, the first of several new Star Wars films that the creative duo had signed on to write and produce with Disney-owned Lucasfilm.

Shannon Bennett has lent his support to under fire chef George Calombaris, saying the former MasterChef judge will bounce back from his latest crisis.

Bennett, who lives in Byron Bay, was yesterday at his Vue de Monde restaurant to launch an upcoming collaboration with the Caulfield Cup.

He said Calombaris, who was fined for underpaying staff, would learn from his mistakes.

“George is a mate and I really feel for him,’’ Bennett said.

“I’ve spoken to him and he’s an incredibly strong person and strong willed and has been unfairly attacked. A lot of the comments about him are sloppy and lazy.

“He’s a chef and an incredibly creative guy and incredible to his team. Everyone makes mistakes and you learn from them, and in the next couple of years he’ll get better and stronger than ever.

“The industry has learned a lot from this as well. It has changed a hell of a lot in 10 years. We all support each other now and it’s a great place to be.”

Bennett said he wouldn’t be involved in MasterChef again, focusing on his Burnham Beeches hotel development and raising his six children with Madeleine West.

Macquarie Sports Radio has signed an exclusive agreement to broadcast the English Premier League in Australia for the next three years.

MML chief executive officer Adam Lang said: “We are excited to be announcing this three-year agreement with our broadcast partner talkSPORT in the UK.

“In just over a year since launch, Macquarie Sports Radio is now reaching almost 250,000 sports fans each week. We know our listeners love live sport, and we are exceptionally proud to be providing them with exclusive coverage of the EPL, alongside live AFL, NRL, and the best cricket commentary in Australia.” 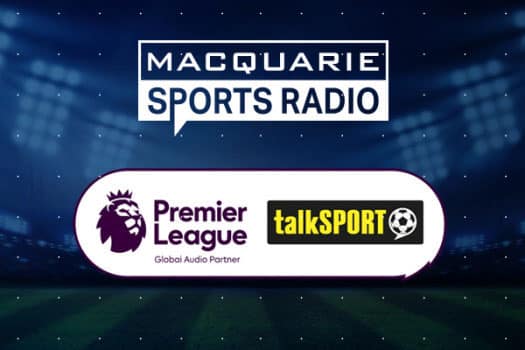 The English Premier League kicks off on August 10 when Liverpool takes on Norwich City at Anfield and week one also features the blockbuster encounter between Manchester United and Chelsea. In total six games will be broadcast across the first weekend of the new Premier League season.

Macquarie Sports Radio airs across Sydney 954 AM, Melbourne 1278 AM, Brisbane 882 AM, Perth on DAB+, online at sportsradio.com.au and via mobile app.