Hamish Blake and Andy Lee returned to PodcastOne Australia on Thursday 5 March, with all-new episodes of their original podcast series Hamish & Andy, now in its third year. The show is back with a new sponsor for 2020, SEEK, and yes, it is still #1 on the Podcast Ranker chart despite no new episodes for several months. 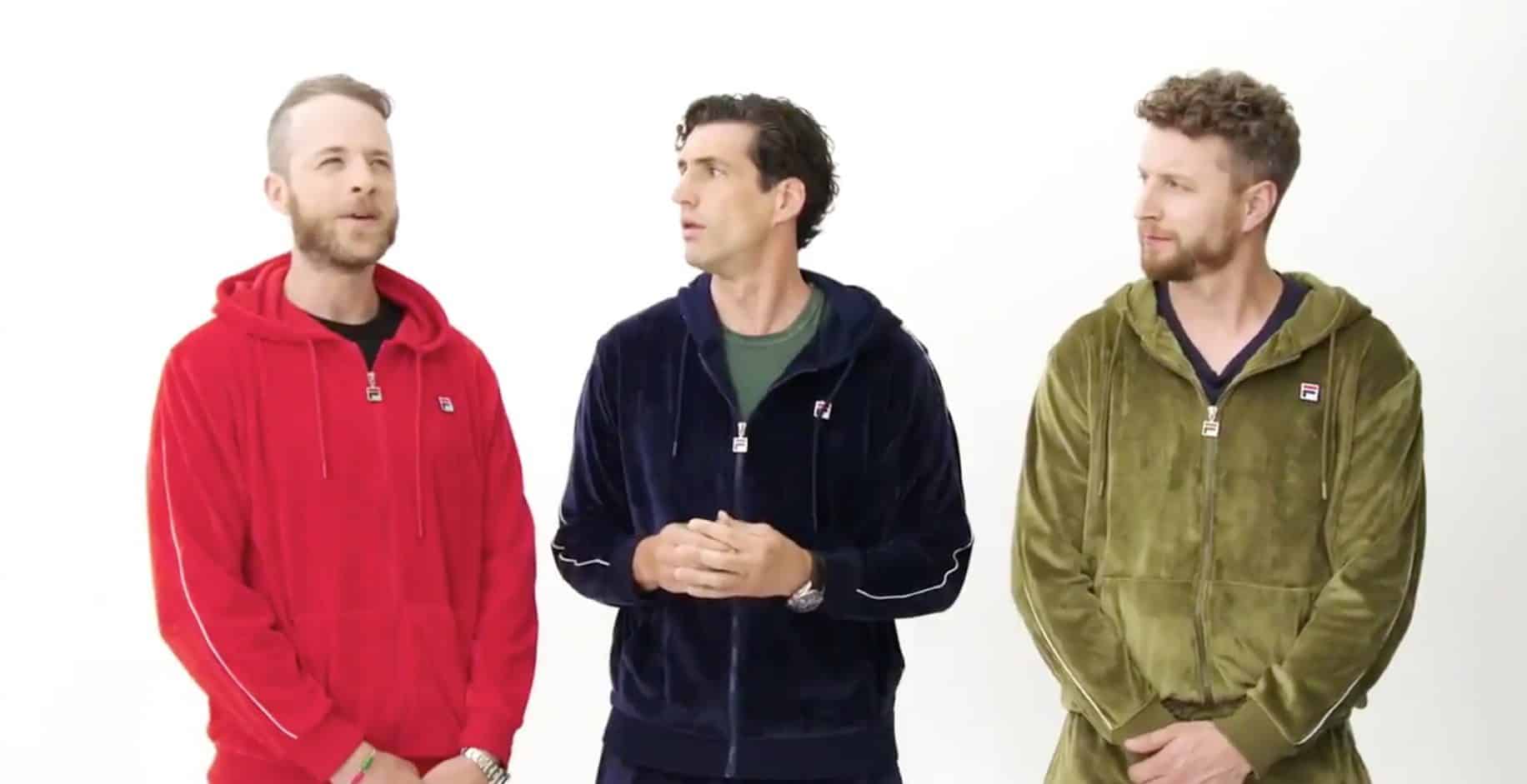 The duet explained the delay of their return in an elaborate video promo featuring the comedy duo and their podcast colleague Jack Post. 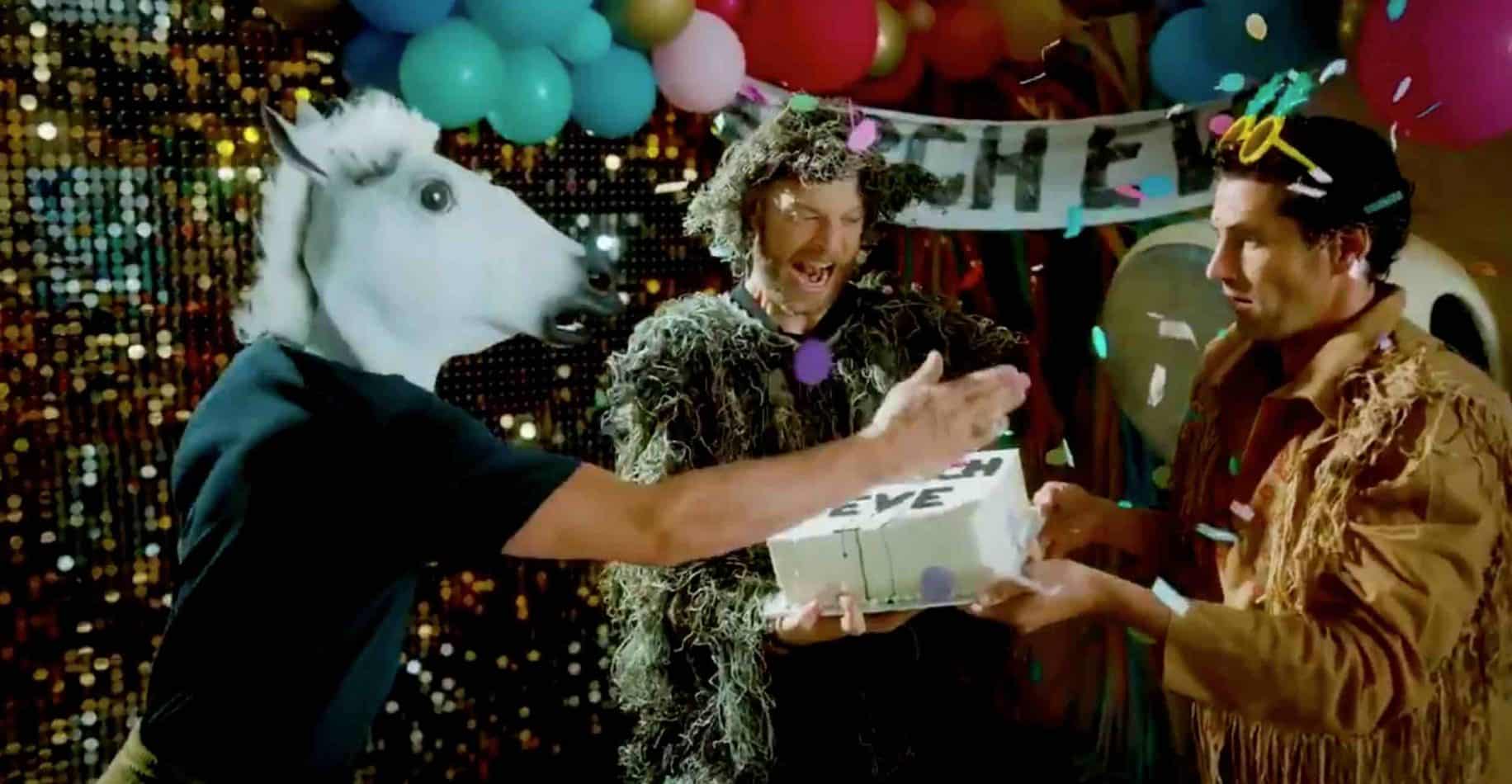 Hamish & Andy said: “We’re pumped to be back for 2020 and so grateful to anyone who takes the time to listen. Without the listeners it would be just two mates catching up in a very expensive studio for no reason. We’d probably just move our chats to a cafe or something. Thanks for giving the studio a reason for being.” 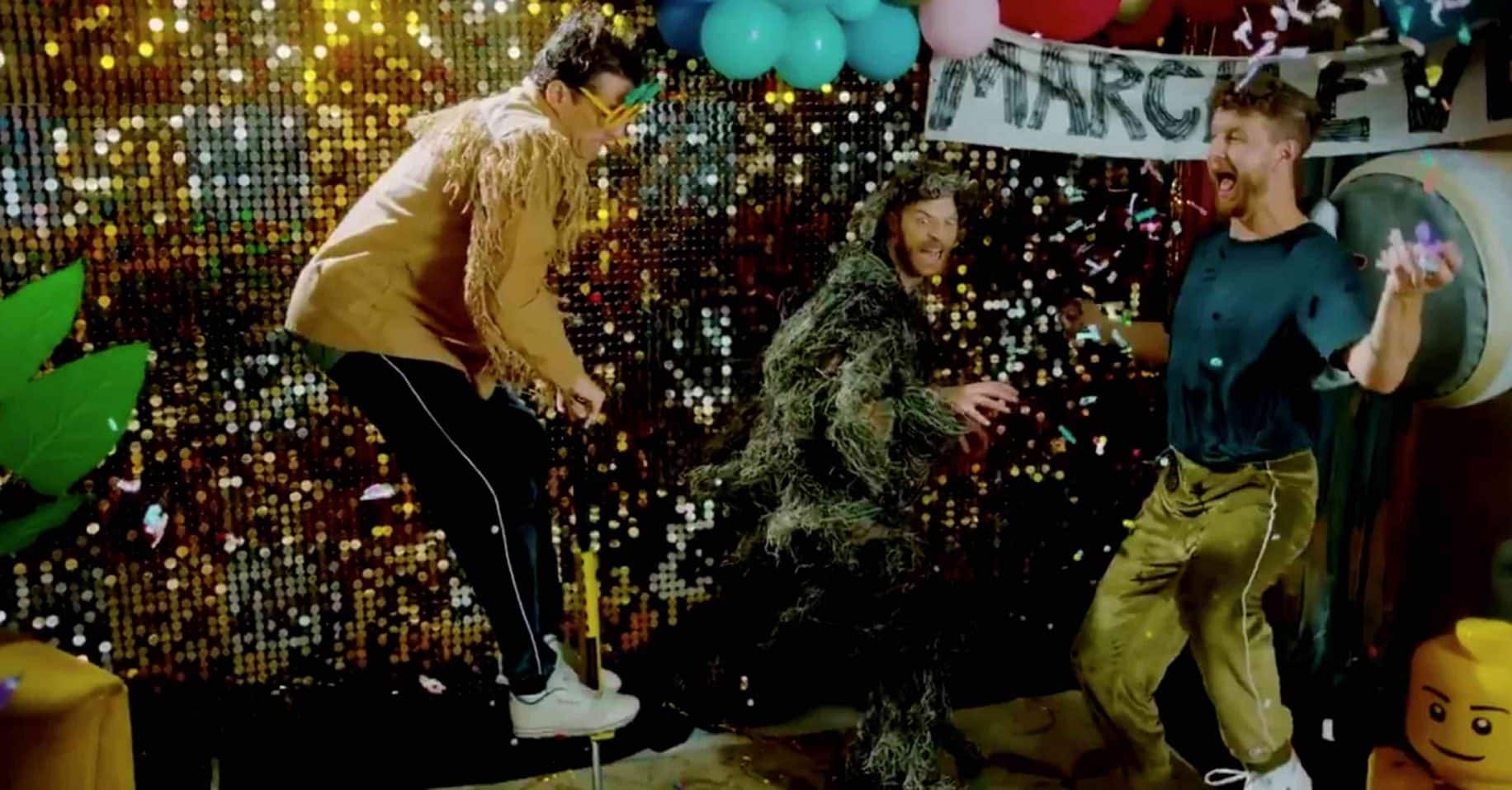 SCA head of podcasting, Grant Tothill said: “It’s great that Hamish & Andy are back with their original podcast series on PodcastOne Australia. Can’t wait to hear the new episodes.” 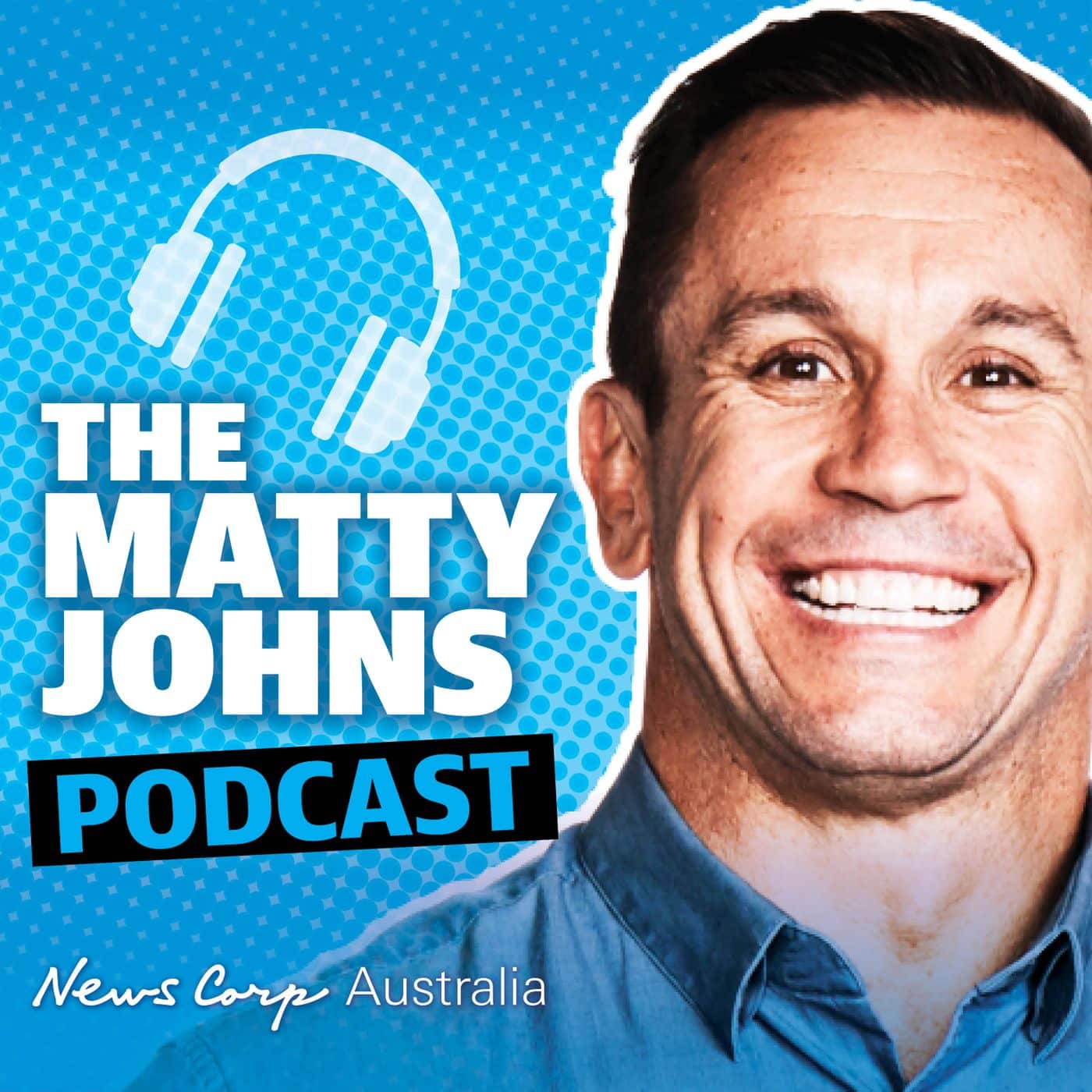 Matty Johns has certainly succeeded with his strategy of quietly launching a podcast that also doubled as a Fox League TV show in 2019. “With the podcast we just wanted people to stumble upon it, and not promote it too heavily,” Johns told Mediaweek’s Trent Thomas recently.

The podcast has allowed Johns freedom that TV doesn’t. “Some of the guests we had were really, really good like Sammy Burgess and Craig Johnston. I still have people in England texting me telling me how much they enjoyed Craig’s story.” An edited version of that Johnston interview went on TV, the full version on the podcast.

“The tough thing is when you do things like former Liverpool footballer Craig Johnston, the interview was two and a half hours and you can’t jam that into an hour – the story is to good.”

Johns jumped at the chance to do the podcast after ending his Triple M Sydney breakfast program at the end of 2018. While many podcasts are going to a shorter length, Johns is a contrarian:

“The American podcasts are all shifting and everything is so short form, to me podcasts are the opposite of that and it is a real opportunity to dive deep into a conversation with someone and take your time. I love listening to podcasts when I take a drive. Sometimes I say to my wife lets go to Newcastle and we will sit there and put a podcast on for the whole trip.”

Matty Johns’ podcast playlist: “Conan O’Brien Needs a Friend is a ripper, Here’s the Thing with Alec Baldwin I really enjoy, and Business Wars and Sports War sare good ones as well.”

Fox Sports head of TV Steve Crawley told Mediaweek: “Johns has had big podcast numbers every week and they tell me that it costs us about $18 for the year, so we were pretty happy with that!

“The show is a joint venture with the News Corp family where The Daily Telegraph sends it out earlier in the day then we play it on TV at 8.30 pm. The night he did with Steve‘Blocker’ Roach was magnificent television as was the night with Newcastle’s Craig Johnston.” 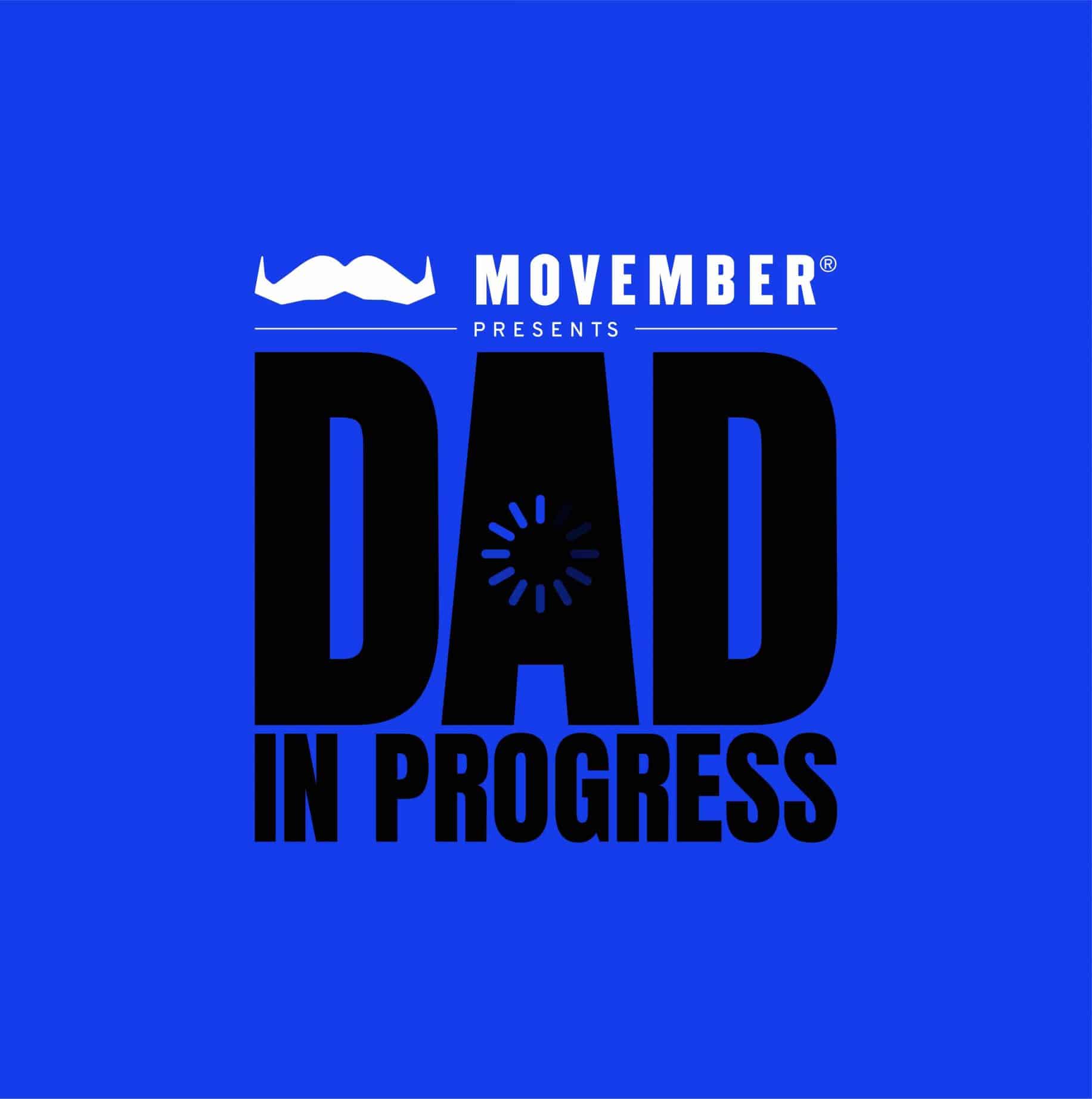 Men’s health charity Movember has teamed up with Diamantina Podcast Network (the business behind satirical news site The Betoota Advocate, Dyl and Friends and The Grade Cricketer), to launch its first ever podcast for new and expecting dads – Dad in Progress.

Launched this week, Dad in Progress labels itself as a warts-and-all look at the role of dads in the 21st century. Host Raph Dixon is an everyday suburban dad, who asks when the birth is over, what do I do now?

Over five episodes, Dixon is joined by Aussie dads from all walks of life including his mates, experts and famous fathers such as Osher Günsberg, comedian Aaron Gocs, soccer star Archie Thompson, sportswriter Sam Perry and one of the world’s most famous stay-at-home dads, Clarke Gayford– husband of New Zealand PM Jacinda Ardern. Podcast host Dixon said that during the recording of the podcast, he discovered that there was no rulebook for being a dad in 2020.

“It’s an ongoing process and we’re still figuring it out,” Dixon said. “Our grandads knew exactly what to do – they went back to work, made money and basically went back to living a similar life to the one they had before.

“As society has evolved, dads want to be more involved in the upbringing of their kids – but who do we look to for advice? What you don’t realise is that everyone else is thinking the same thing, and when you bring it up, men are keen to talk about it. It’s as simple as that. Having open and honest conversations with the people around you is the best thing you can do to make being a parent easier, and make you a better parent.”

Listen to Dad in Progress here.

• In a major partnership in the US, ABC Audio and ESPN Audio have announced a new internal sales relationship. ABC America’s Audio podcast network will be represented by ESPN Audio’s ad sales team. This move by the two business units reflects a strategic collaboration to further grow the podcast business across The Walt Disney Company. ESPN Audio already handles ad sales for podcasts produced by Nate Silver’s FiveThirtyEight, National Geographic and its own network.

• Matt Mingay calls himself a professional stuntrider and “drifter” and he is the latest guest on Greg Rust’s PodcastOne podcast Rusty’s Garage. During the interview he tells Rusty about his Hollywood stunts jobs and the crash that almost ended his career.

• With his movie The Invisible Man sitting at #1 on the box office chart this week, it would be a good time to check out the podcast with Melbourne-born director Leigh Whannell. The former Herald Sun reporter and ABC TV movie critic speaks with PodcastOne’s Jenny Cooney as part of her great Aussies in Hollywood series.

• Cision announced an expansion of its partnership with TVEyes as of February, making it possible for Cision clients to monitor podcast mentions of their brands, competitors, products, and people. Communications professionals can now track earned media mentions in key podcasts and tie this coverage back to business results with fast, detailed earned media analysis. Podcast monitoring powered by TVEyes is available as part of Cision’s Broadcast Monitoring in the Next Generation Cision Communications Cloud, which launched in the US and Canada last year. Podcast monitoring has been available for clients in the United States and Canada since early February, and will soon be available globally.