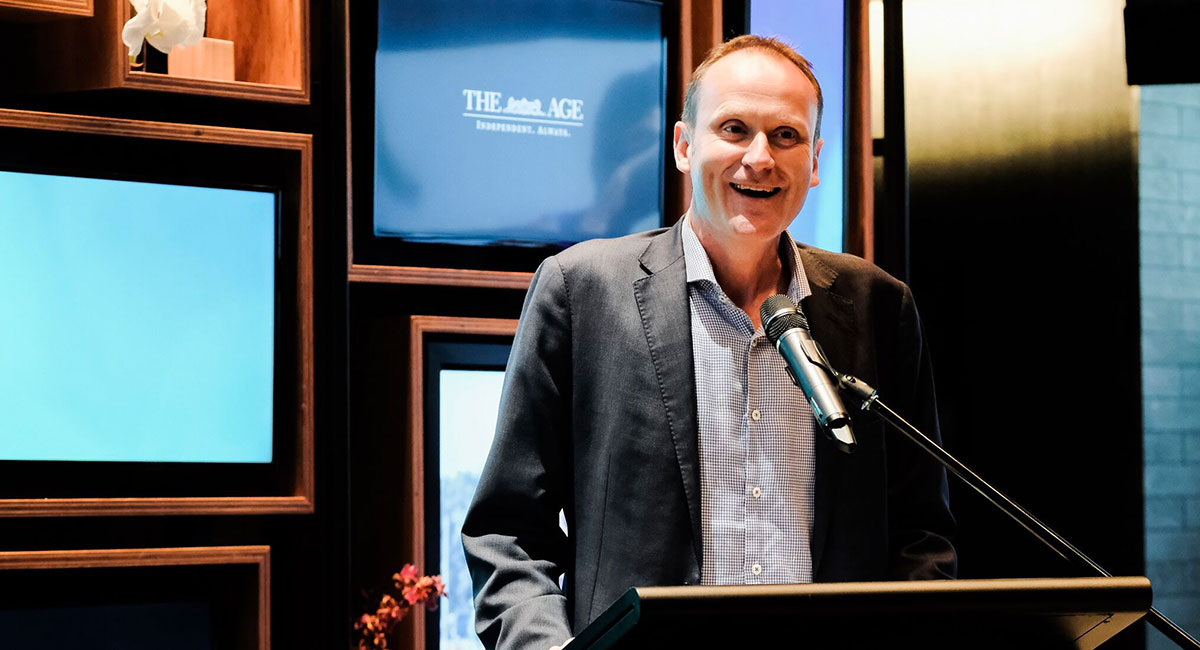 The event was hosted at Melbourne’s newest luxury event space Mercedes me.

Fairfax Media’s The Age has welcomed in the new AFL season with an exclusive cocktail event, hosted at Melbourne’s newest luxury event space Mercedes me.

The event saw an address from John Eren MP, as well as a panel led by The Age’s senior sports writer Michael Gleeson, which featured The Age’s football writer Jake Niall, dual Brownlow Medallist and columnist for The Age Chris Judd, and The Age’s chief sports columnist and associate editor Greg Baum.

The Age’s publisher Mark Hawthorne said, “We are the only news organisation in this town old enough to have been there for the very first match in 1858.

“We were here for the formation of the league, we have reported every single season and every grand final, and this season we have reinvested in our football team.

“We have welcomed Jake Niall back into the fold as our chief football writer, replacing the legendary Caroline Wilson who remains a key columnist. Martin Blake is back, Warwick Green is back and Peter Ryan has joined our team from AFL.com.”

The Age’s editor Alex Lavelle said, “As always, we eagerly await the AFL season opening and it was a privilege to host this prestigious event with some of the most knowledgeable and experienced sporting and sports reporting talent around, as well the Honorable John Eren MP.

“It reflects the emphasis we place on providing Australia with the greatest insight into sports, and AFL in particular.”

“This year, we’re particularly excited to see how people interact with our new platform, which focuses on placing our award-winning content and imagery front and centre. It also gives our audiences the chance to really feel part of the AFL community via the commentary feature we’ve introduced, so we expect some lively debate online.”