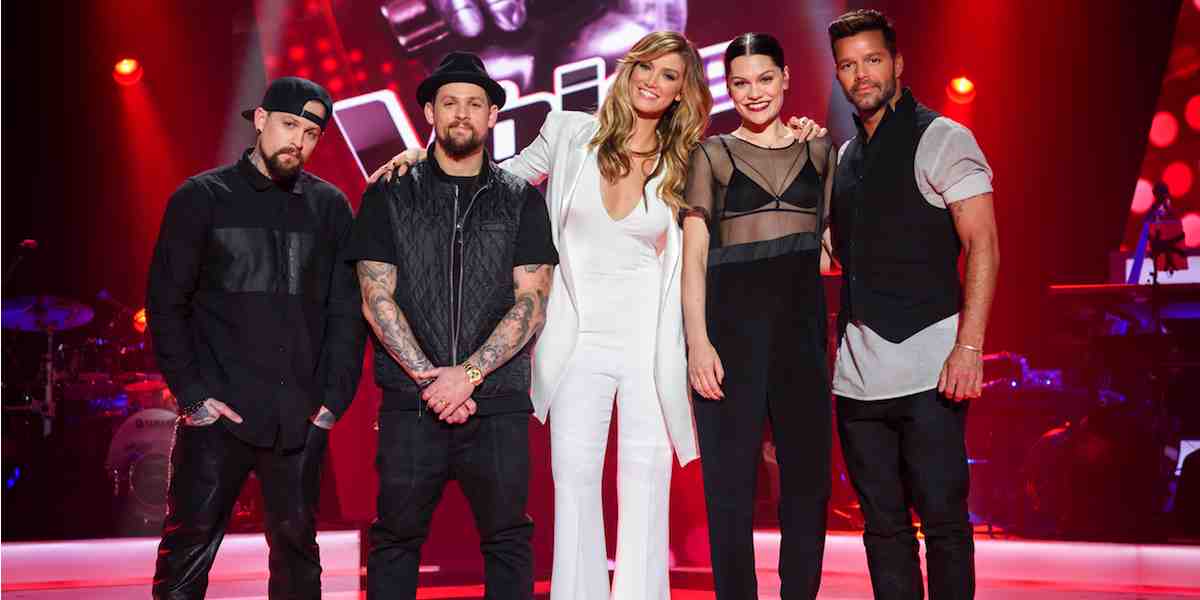 Nine veteran John Walsh on the appeal of the new series of The Voice: “People have had a big year of cooking & renovating.”

Jessie J on the set of Nine’s The Voice Australia

John Walsh is excited. The executive producer on the fourth series of Nine’s singing juggernaut The Voice which goes to air on Sunday night, Walsh said he was looking forward to seeing his first episode [Adrian Swift, who is now at the ABC, was the EP on the first three series] on the air. “We’ve got our fingers crossed, the promos look good going on air and we hope that people will tune in on Sunday. We’ve been promoting it heavily through the back of Reno Rumble and the first two State of Origin games.

As well as excitement, concern about the ratings is on his mind. The Voice’s third series ended with 1.57 million watching the winner announced, a stark contrast to the 3.238 million who tuned in to see Karise Eden claim victory in the format’s first Australian outing in 2012. While he declined to offer an anticipated audience number, Walsh said that he hoped audiences sick of renovating and cooking would flock to The Voice as a welcome alternative. “People have had a big year of cooking and renovating. We hope that by the time The Voice comes up in the schedule it’s a nice alternative for viewing. There hasn’t been a big entertainment show so far this year, so the timing is right for it.”

Unlike the year’s tentpole reality programming which has dominated much of the schedule so far, The Voice will be on three nights a week for the blind auditions, then down to two, then one. “We’ve been demanding too much of the viewers, all of us – Nine, Seven and Ten. At the end of five nights of cooking or renovating on television, the viewers almost need a break. Five nights is a big ask,” he continued.

As well as being less demanding, Walsh hopes that the changes that he has made to the format will draw in audiences. “Benji Madden has joined Joel as he did in The Voice Kids, it’s two coaches one buzzer. Delta has come back, and Jessie J is our brand new coach.”

Walsh said the show’s integrity was the key to it attracting big-name talent to coach. “They all like the fact that The Voice is actually about the voice. There’s a big selection criteria place that happens in the blind auditions. The coaches are all great singers and in some cases producers, and they like the idea of that pure contest – they’re not distracted initially by anyone’s look. It’s about developing a great voice, as opposed to a more straight talent show. It’s not Popstars 2.0. There are lots of things that go into being a popstar, and that includes marketability and looks. But in this case, if they don’t have the base they won’t get past first base.”

“It’s quite a process before they get to us,
and we’re quite confident that we’ve filtered
out anyone too problematic.”

As well as changes to the coaching lineup, The Voice has fewer spots for contestants after taking 16-member teams down to 12. “It’s more competitive overall – for the singers, but also the coaches because they have fewer spots on their team. There’s also a change in the finale, so that it will be the four best singers, not the best from each team. The rivalry gets a bit intense, but it makes for great television! It’s more competitive and a little bit edgier this year – we show more of the to-ing and fro-ing between the coaches this year. Over the course of the series some of those strong opinions come out – not just about the contestants, but about each other!”

Walsh hopes that these changes will bring in a younger audience. “We’re very confident that Jessie J will make a real difference in the 16-39s. Our prime demo on Nine is 25-54, and that’s what we hope to win. We’re pretty confident in 16-39s too, I think we’ll win across the board. To get a big number, you have to hit all of those marks. The show is aimed in the middle, and if we could pick up younger viewers through Jessie J and the changes we’ve made, that would be great.”

Previous winners of The Voice Karise Eden (2012), Harrison Craig (2013) and Anja Nissen (2014) have certainly become well known in the music industry, but The Voice has yet to produce a household name with a #1 single. Does that worry Walsh? “We’d like to have someone become a breakout star from the show, but it’s not the show’s main intention to create an overnight sensation. One reason we call them coaches not judges is that they should prepare singers for a long-term career in music. A lot of our alumni are working as professional artists. That’s another difference in the show’s philosophy worldwide, which is to develop people for a career. It’s not about a pretty young thing that they can market up with an autotuned voice.”

>> The downside of blind auditions

What if The Voice was to get someone totally unmarketable as a result of the blind auditions? Walsh was firm that wasn’t possible. “I don’t think we’ve got anyone like that amongst the people who’ve got through this year! I can tell you with some sureness that’s not the case.

“It’s not just a cattle call, they have to submit an audition video first. It’s quite a process before they get to us, and we’re quite confident that we’ve filtered out anyone too problematic.

“We can only have 125 audition, and we received thousands of audition tapes.”