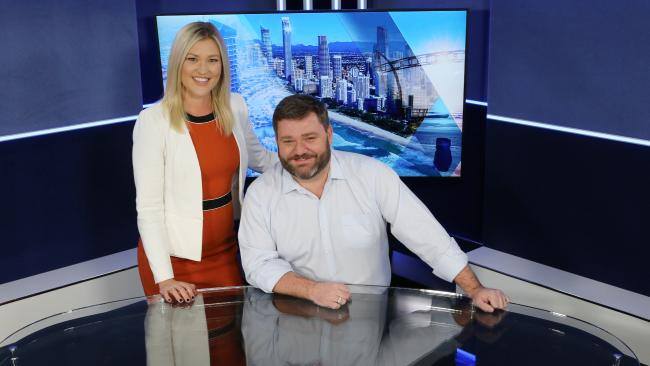 Paul Murray has been broadcasting Paul Murray Live from the new studio with a series of special edition Gold Coast episodes.

Paul Murray said: “I love Queensland, it’s real Australia and we have no better supporters of PML than here. We have taken the show to Mt Isa, Coolum, Maroochydore, the Gold Coast and Townsville. The Gold Coast studio will be my second home. I love the place and can’t wait to have breakfast in Broadbeach, see a movie at Robina and broadcast from Southport.

With the new bureau comes the appointment of Johanna Marie who has been working with Sky News in Brisbane. Prior to that Marie was with Brisbane’s 4BC.

Also based in the new bureau is Fox Sports news reporter Mark Gottleib who will cover the latest sporting news for Fox Sports News and the Sky News channels.

Photo: Joanna Marie with Paul Murray in the new studio