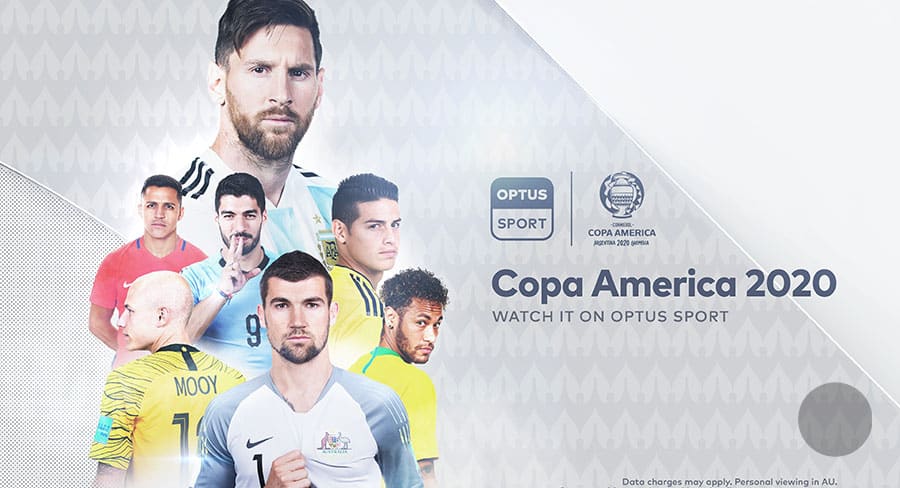 • This adds to Optus Sports acquisition of the UEFA Euro 2020

Optus Sport has acquired the Australian media rights for the CONMEBOL Copa America 2020 tournament, which will include the Socceroos for the first time as they take on South America’s best. Every match of both tournaments will feature live on Optus Sport between June 13 – July 13.

This adds to Optus Sports acquisition of the UEFA Euro 2020 already slated for June and July on Optus Sport.

The Copa America determines the South American national champion, since 1993, two teams from other confederations have been invited to play. In 2020 the Socceroos will make their first appearance, along with Qatar. 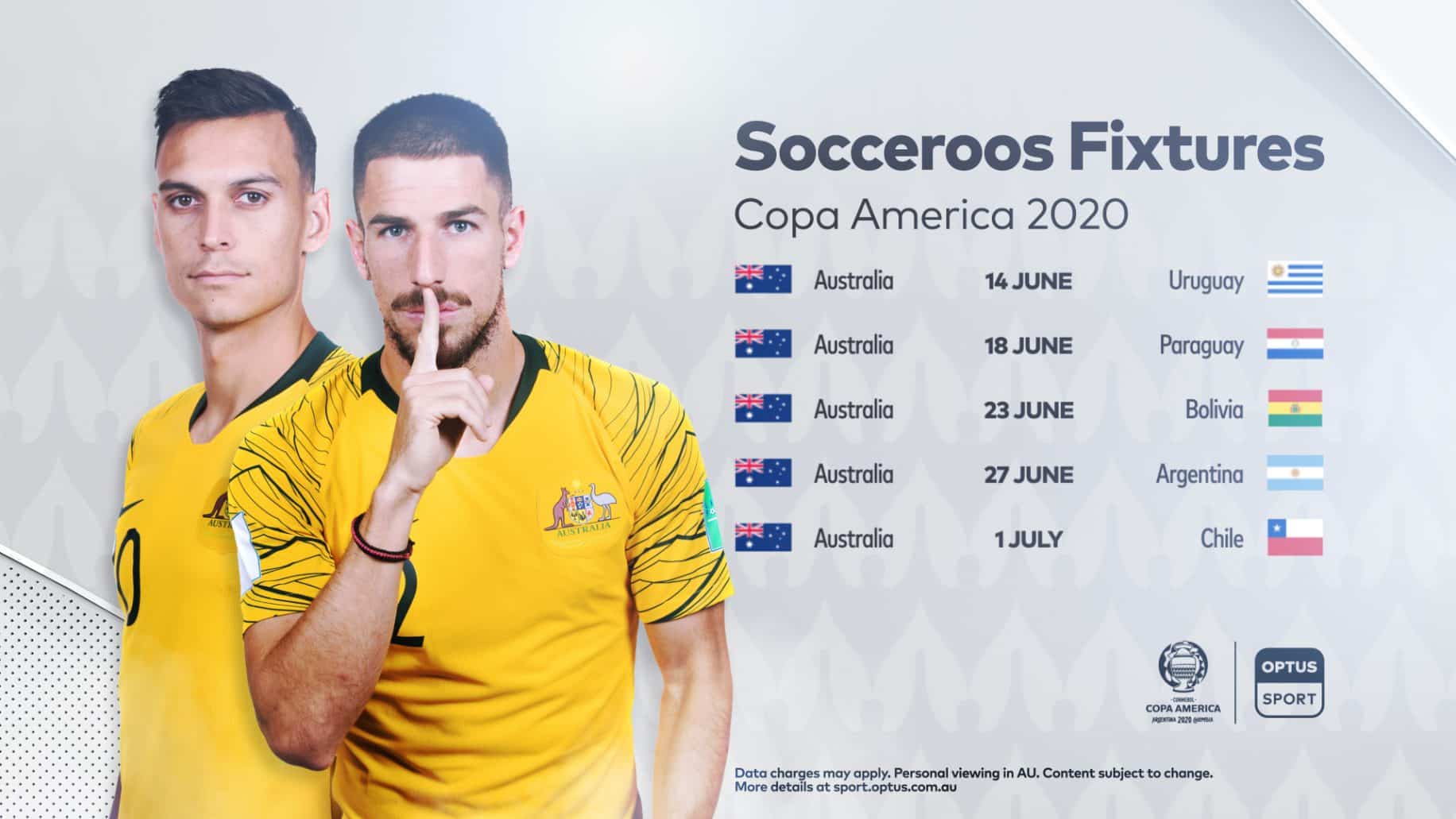 “We are really pleased to be the home of every match of the Copa America tournament and to showcase the Socceroos on their quest against the best teams from South America,” Optus’ Head of TV and Content Corin Dimopoulos said.

“Optus Sport continues to grow and attract new content; with an active subscribing base of over 825,000 and other recent rights acquisitions including the FA Women’s Super League and the J.League.

“From Lionel Messi and Neymar in the Copa America, to Cristiano Ronaldo and Kylian Mbappé in Euro 2020, what was already a big year for Optus Sport has now become a whole lot bigger.

The Socceroos have been drawn in Group A, which will see them take on hosts Argentina, Chile, Paraguay, Bolivia and Uruguay. Their first match is scheduled for June 14, with exact match details still to be announced.

“To watch Australia play in such an amazing tournament against high quality opposition will be a brilliant experience, and I’m especially looking forward to seeing the rivalry with Uruguay reignite,” former Socceroo and Optus Sport expert Mark Schwarzer said.

“It’s going to be a feast of the best football on the planet across June and July, and I can’t wait to be part of the team that brings viewers our really exciting coverage of both Euro 2020 and the Copa America.”

Optus Sport will confirm coverage and hosting details for both CONMEBOL Copa America 2020 and UEFA Euro 2020 after both the Copa schedule is released and the four remaining playoff positions for UEFA Euro 2020 are filled.

• 12 nations take part in Copa America 2020, and they are split into two groups of six, the North Zone and South Zone.
• North Zone includes Colombia, Brazil, Venezuela, Ecuador, Peru and Qatar, with all group stage matches played in Colombia, while South Zone includes hosts Argentina as well as Chile, Paraguay, Bolivia, Uruguay and Australia.
• Each nation will play every other side in their group, with the top four countries from each zone advancing to the quarter finals. From that point it will be knock-out football all the way to determine who will be the 47th Copa America champions.
• Uruguay have been crowned champion more than any other country since the tournament began in 1916, however the most recent winners include Brazil in 2019, Chile in 2016 and 2015, Uruguay in 2011 and Brazil in 2007.
• While for the Socceroos, the tournament will give the team some more high-quality matches as they continue their journey towards qualifying for the 2022 FIFA World Cup.