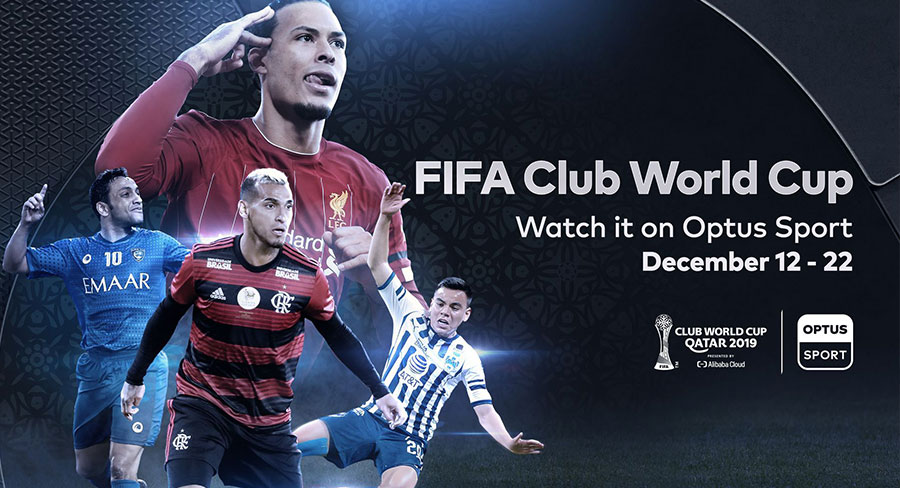 • Optus Sport will provide every match exclusively live, on-demand, as a mini-match

Liverpool FC will be chasing its first ever FIFA Club World Cup title this December, with Optus Sport the only place to watch the 11-day tournament live.

The tournament is Optus Sport’s latest acquisition after coverage of the FIFA Women’s World Cup earlier this year, and Optus has secured the Australian rights to the FIFA Club World Cup for 2019 and 2020.

Optus Sport is also the home of the English Premier League in Australia. It also recently acquired rights to the Barclays FA Women’s Super League.

The FIFA Club World Cup is an international club football tournament between the winners of the six continental confederations, as well as the host nation’s league champions. For the next two years, the tournament will be hosted by Qatar.

“We are extremely pleased to add this tournament to our football schedule and we’re confident our 700,000 plus Optus Sport active subscribers will enjoy the format,” Optus’ director of sport, Richard Bayliss, said.

“Broadcasting Liverpool’s sixth Champions League triumph was a massive moment for Optus Sport, and it will be a privilege for us to show the Reds’ attempt to overcome the best of South America, Asia, North America and Africa. Brazil’s Flamengo had a stunning Copa Libertadores win in November, so they too will enter the World Cup in ominous form.

“These new rights show our commitment to showing Australians the best clubs from around the world on Optus Sport.”

Real Madrid are the current FIFA Club World Cup champions and are the most successful club in the tournament’s history with four titles, while this year’s UEFA Champion Liverpool will appear at its second FIFA Club World Cup, after losing the final in 2005.

Optus Sport will provide every match exclusively live, on-demand, as a mini-match as well as creating various highlight packages across the tournament. The all new in-house, live 90-minute football show, Scores on Sunday, hosted on rotation by Mel McLaughlin, Richard Bayliss and Niav Owens and featuring some of Australia’s best pundits including Heather Garriock, Mark Schwarzer, John Aloisi and Alicia Ferguson will also provide analysis and opinion on the tournament.

The FIFA Club World Cup commences on December 11 in Qatar, with the champion to be crowned on December 21.

Teams competing in the upcoming tournament: