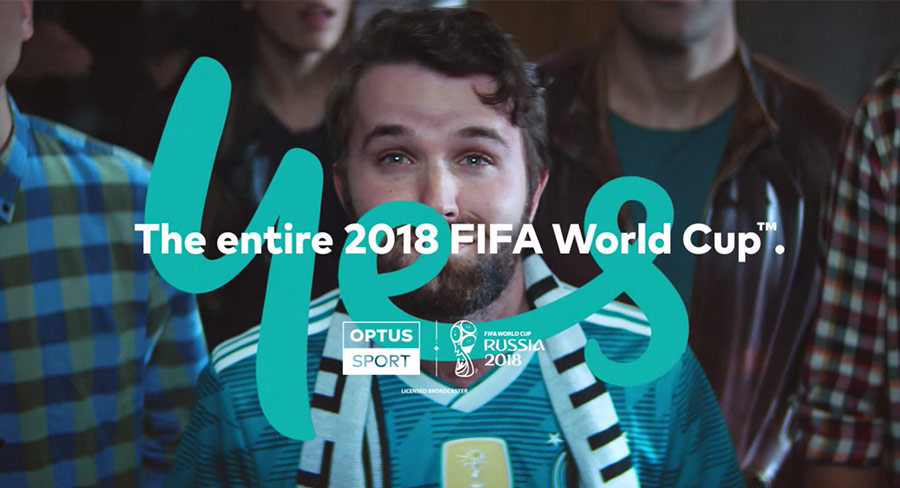 Not signed with Optus yet? They hope this might change your mind.

Optus Sport has launched a new campaign announcing its position as the exclusive Australian broadcaster airing all 64 matches of the 2018 FIFA World Cup.

The telco is wanting to take a major step to convince sports fans that Optus is the home of the best international football in Australia.

Ben White, managing director for product and marketing, said, “Our campaign, ‘The Good, The Bad and The Beautiful’, celebrates the dramatic moments of the World Cup.

“This campaign embraces the moments that lift us, unite us, confuse us and, occasionally, send us spiralling into a rage. Quite simply, these moments can come from any game, at any time which is why Optus Sport is excited to be sharing it all.”

Australian football fans wanting to catch every match of the World Cup will need to be either an Optus customer or pay a separate fee. The coverage on Optus Sport will be available on two 24/7 channels with all 64 matches both live and on demand.

For the first time, Optus Sport will be available to non-customers for a monthly subscription fee.

“We wanted a campaign that captures the spirit of the game, but also the sheer entertainment value of the tournament for all fans,” White said. Optus Sport is the only place to watch all 64 games, with the tournament shown live and on demand.

For the first time, Optus Sport will be available to non-Optus customers for a $15 per month subscription fee.

The agency 72andSunny APAC created the campaign for Optus Sport.

“Capturing all the emotion of being able to watch every moment of the world’s most viewed tournament was a cool brief,” said Johnny Tan, executive creative director at 72andSunny APAC. “We hope the campaign shines a small light on the effect that football has on all parts of modern Australia.”