• Hosted by Nova’s Smallzy, the singer explained he was “gutted not to be in Australia”

Hosted by Nova’s Smallzy, the singer explained he was “gutted not to be in Australia” but was, thanks to Wi-Fi, he was keen to make it all happen for an exclusive band of Nova listeners. 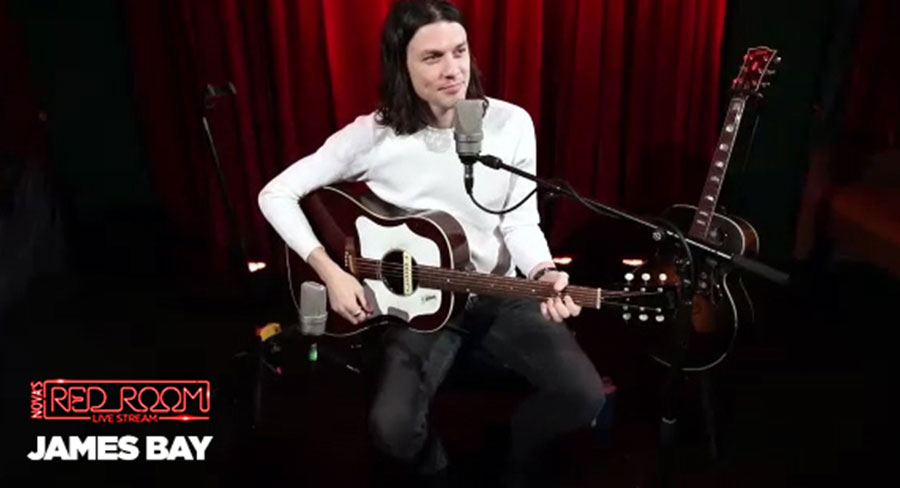 Bay opened his Red Room Live Stream with a new track, Chew on My Heart before jumping into a cover of Don’t Look Back in Anger by Oasis. He shared with the lucky fans that he once played for Noel Gallagher himself which he joked was very intimidating. Bay then turned to a fan favourite – Hold Back The River.

Before getting into the performance, he explained how he felt learning that Australians were some of the first to hear and know the song: “There’ll always be a special place in my heart for you guys,” he said.

Fans then had the opportunity to ask their favourite artist some questions, one in particular really struck a chord with the singer. When asked about what he had learned during his career, James said: “When you think you’ve given 110% go for 115,” he said, advising people to go beyond what they perceive as their tether. “That’s often where a good idea comes from.”