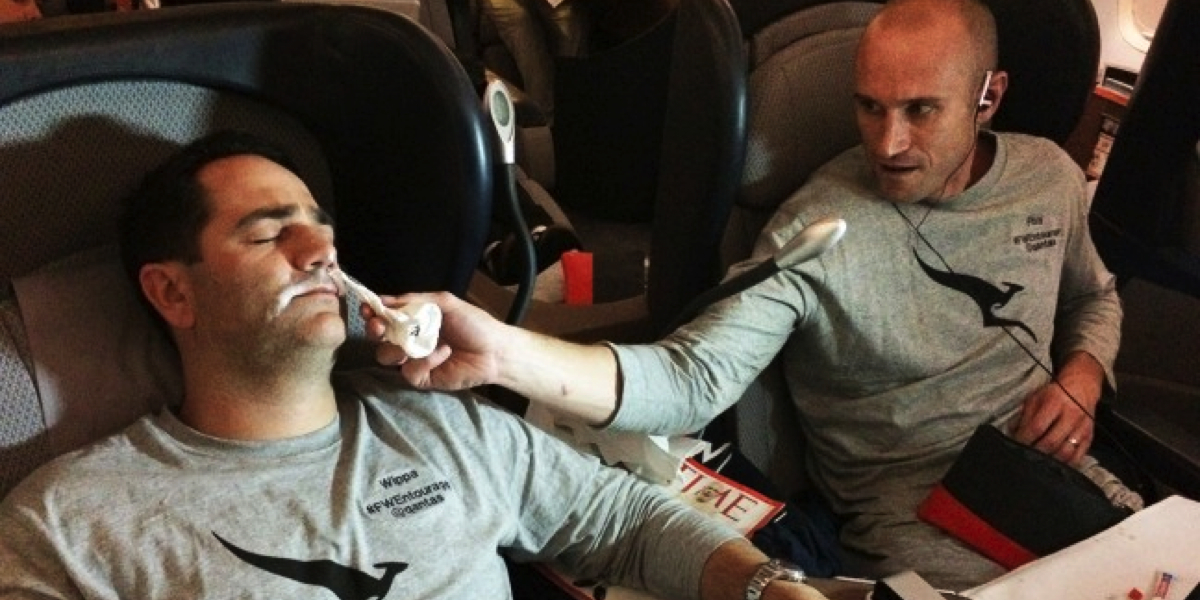 Nova’s Fitzy and Wippa spending a week in LA with Entourage: Day 1 with Vinnie, E and Pup!

“I’m a married man and I am not like a footy player on tour,” said Wippa this morning as the Sydney Nova Fitzy and Wippa breakfast show started a week of broadcasts from Los Angeles.

The Sydney breakfast show is also networked into other metro markets on Nova stations at 6pm each day. As Wippa was telling the audience about his good behaviour his co-host and production team were chuckling in the background.

The week in LA has been made possible by the distributors of the new Entourage movie which opens on June 5. Fitzy and Wippa’s Entourage includes producers Tom Ivery and Sarah McGilvray plus 10 lucky Nova listeners.

When not hanging with celebrities, Fitzy and Wippa will be showing their own entourage the sights of LA. The radio hosts interviewed Michael Clarke in the Qantas lounge and Wippa was sitting beside Jennifer Love Hewitt in an LA restaurant (no interview but they pepped her).

Staying at the world famous Mondrian Hotel on West Hollywood’s Sunset Strip, Fitzy and Wippa’s entourage will visit Warner Bros Backlot, see Jessie J perform live, dine at the exclusive eatery SUR and hike up Runyon Canyon with a celebrity personal trainer. They will also receive spending money to shop at The Grove, breakfast at Caffé Primo (just like Vince and the boys) and enjoy drinks at the Mondrian’s legendary Sky bar.

Their weekend in LA saw Fitzy and Wippa attending the press day for Entourage where, despite travelling all the way from Sydney and devoting a week to the movie, they seem to be getting just a few minutes for each interview. Fitzy noted this morning they were nearly allowed only one person to do the interview. “You can’t break us up, we are a team,” he told the Hollywood PRs.

The first Entourage interviews were with Adrian Grenier (Vinny) and Kevin Connolly (E) with the rest of the cast to make appearances throughout the week.

Visit novafm.com.au from today for pics and videos throughout the trip. 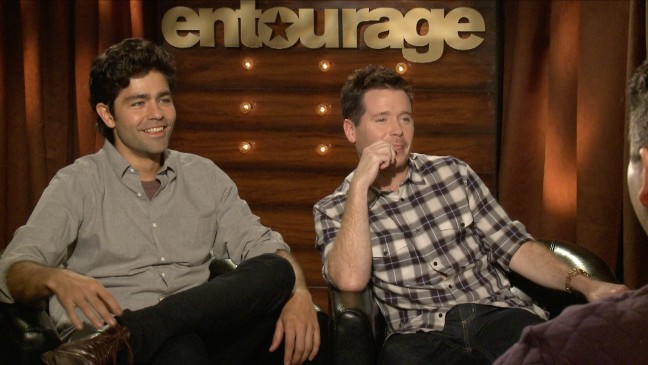