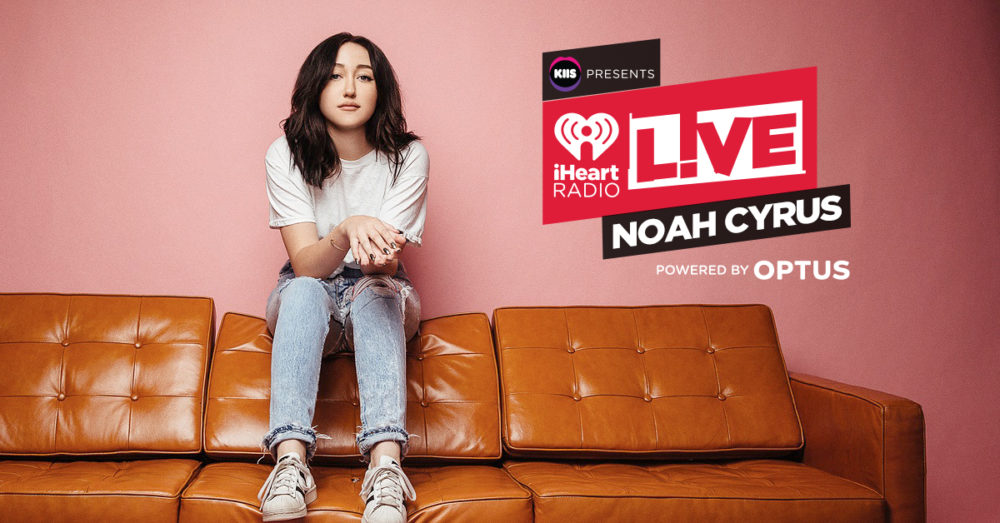 This will be Noah’s first visit to Australia

iHeartRadio Australia has announced the next event in the 2017 iHeartRadio LIVE series will feature rising star Noah Cyrus – the 17-year-old sister of Miley Cyrus.

KIIS Presents iHeartRadio LIVE with Noah Cyrus, powered by Optus, goes down on Thursday June 29, and will include hits “Make Me (Cry)” and new single “I’m Stuck”.

This will be Noah’s first visit to Australia and will give Aussie fans their first chance to see her up close as she performs songs from her upcoming album, “NC-17”, set for release later this year.

Brett “Nozz” Nossiter, Content Director of iHeartRadio Australia, said, “iHeartRadio LIVE with Noah Cyrus is going to be a fantastic event. Noah is an incredible talent and it’s such an honour for iHeartRadio Australia to host her first ever Aussie gig and give her fans their first chance to see her perform live.”

Geraint Davies COO of iHeartRadio Australia said, “It’s great to once again be working closely with our partner Sony to create exceptional live music experiences for Australian music fans. Noah Cyrus is one of the hottest young stars around, who gave an incredible performances at the iHeartRadio Music Awards and at the recent iHeartSummer ’17 Weekend in Miami, and we can’t wait to have her perform as part of our iHeartRadio LIVE Series in Australia.”

Fans who aren’t lucky enough to catch Noah Cyrus live will be able to see the performance on Australia’s number one television music show, The Loop hosted by Scott Tweedie and Olivia Phyland, in partnership with iHeartRadio Australia.

The Loop on Network Ten’s ELEVEN broadcasts exclusive content from iHeartRadio Australia’s unrivalled live events every Saturday, bringing audiences closer than ever before to the music they love.