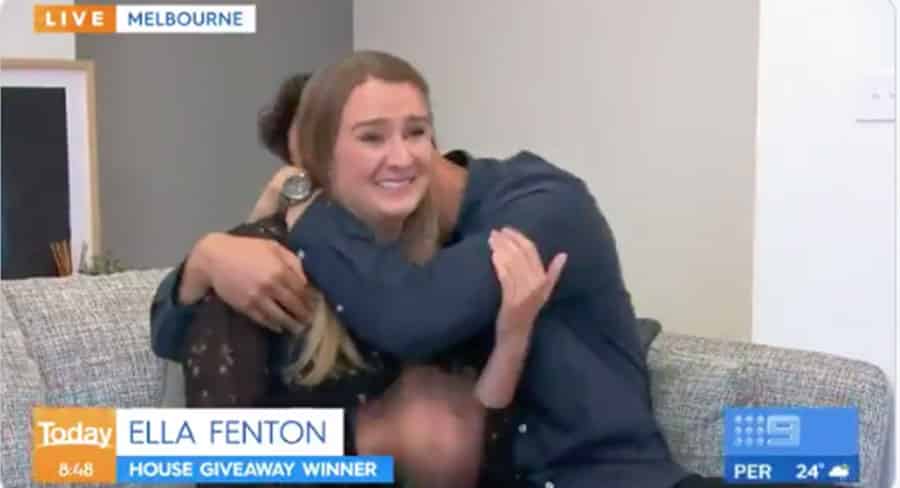 Given the bump all news programs have been having from viewers wanting the latest news on COVID-19, it’s hard to know how much the Today show’s biggest ever giveaway drove their recent ratings lift.

But it’s probably safe to say the biggest prize ever offered on breakfast TV had something to do with it.

This morning the Nine breakfast show organised the 10 finalists at remote cameras around Australia (+ two in Vancouver) as they waited to see who the winner was. After a lengthy drawn-out segment that would have made impressed the producers of a reality show final, Today hosts Karl and Allison announced that Melbourne couple Ella and Jorge were the new homeowners. 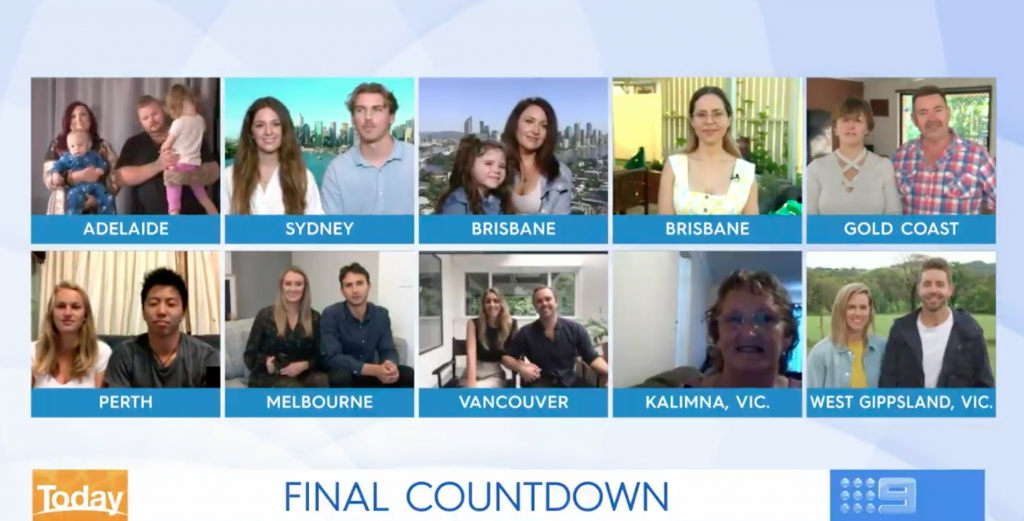 With the couple currently renting a cramped two-bedroom unit with a flatmate and their cat Figaro, they are now able to live the ultimate Aussie dream of being mortgage free in their own designer three-bedroom, two-bathroom single storey home constructed by Simonds Homes on a 350 square-metre block provided by land developer Satterley.

“Owning my first home is something that has been on my mind and in my plans for the past few years but unfortunately, just like for a lot of young people, that dream has been a little out of reach,” says Ella, who has been on a very strict savings plan for years including bulk cooking the same meals for weeks on end and rarely splashing out. “This will realise our dream of starting a family stress free and be able to do some overseas travel. We’ve really had to put everything on hold with a very disciplined savings plan.”

The home is located in the state-of-the-art new estate of Satterley Botanical community in Mickleham, 45 minutes north of Melbourne city, close to Jorge’s family which puts the icing on the cake for the winning couple.

Each week, a finalist has been revealed, with the remaining finalists getting $5000 each to help them save for their dream home.