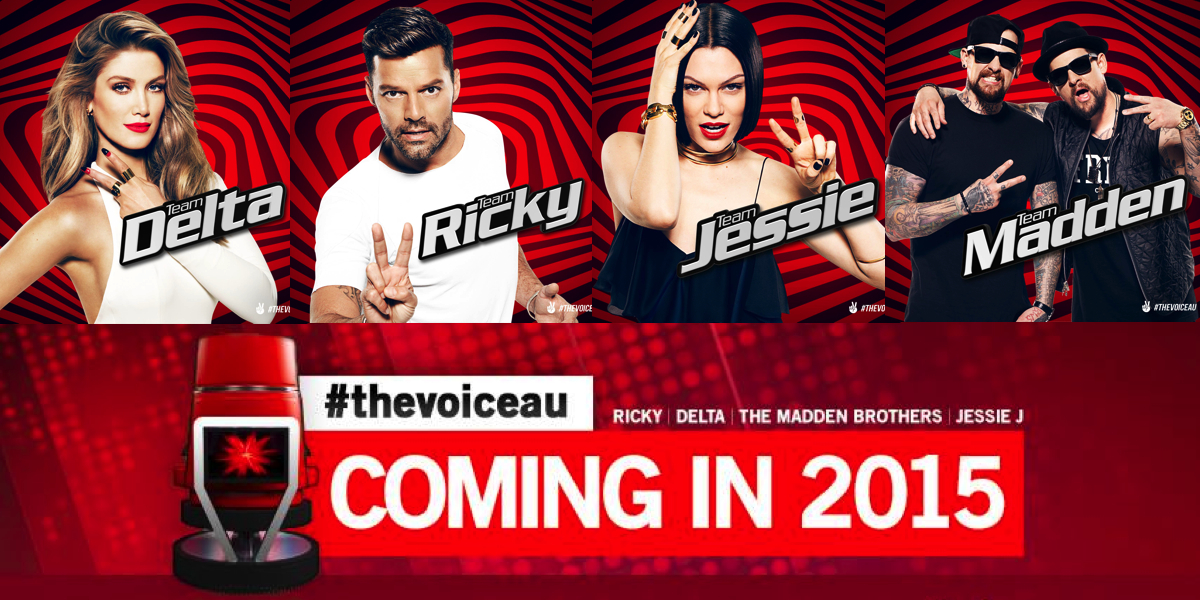 State Of Origin viewers last night got the news that after a long wait, Nine will unleash the 2015 season of The Voice next week.

There were plenty of promos introducing new arrivals Jessie J and Benji Madden who are set to shake things up on the new season of The Voice, joining Delta Goodrem, Ricky Martin and Joel Madden as coaches when the talent blockbuster premieres over three nights from Sunday, June 28, on Nine.

The winner of The Voice 2015 will receive the grand prize of a recording contract with Universal Music Australia, $100,000 cash and a new Ford Kuga Titanium.

Darren McMullen returns as host on the fourth season of The Voice and he’ll be joined by the first co-host on the hit program, Sonia Kruger.

The Voice is a co-production between Shine Australia and Talpa Productions. The Australian series of The Voice is filmed at Fox Studios in Sydney.