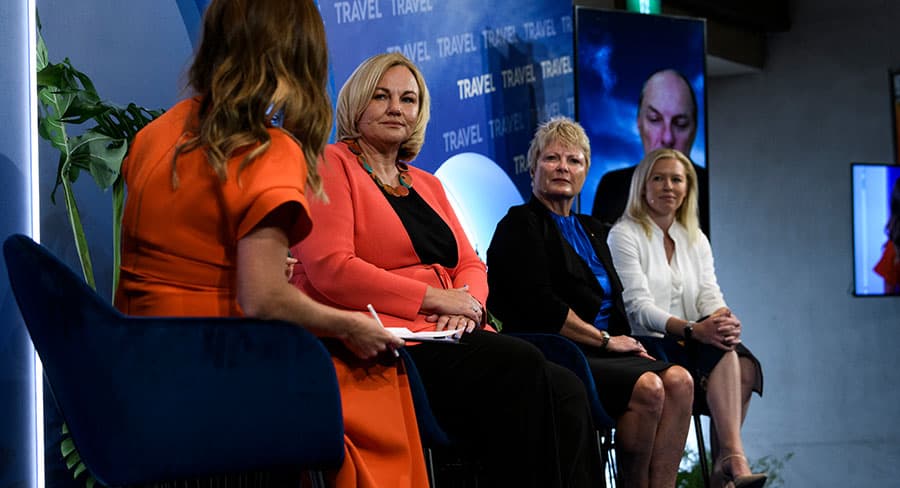 Nine held its first event since COVID-19 locked down the nation by hosting its inaugural State of the Nation event on Wednesday, focusing on the travel industry.

The event was held in the Yallamundi Room at the Sydney Opera House with people also tuning in from a live stream. The day featured a panel of key representatives from the travel sector, as well as speeches from members of Nine’s C-suite.

At the event Nine revealed research in partnership with Kantar that showed robust purchasing intent, particularly for domestic travel, with around two-thirds of respondents considering interstate travel and around half actively looking at travel within their own state.

See More: Nine’s State of the Nation event shows that Australians are still keen to travel

Nine’s chief sales officer Michael Stephenson welcomed people back to being at a physical event before giving a small speech about Nine’s State of the Nation as well as the companies offerings before introducing host Amber Sherlock.

Sherlock was filling in for Today show host Allison Langdon, who injured herself while filming a segment for the breakfast show. 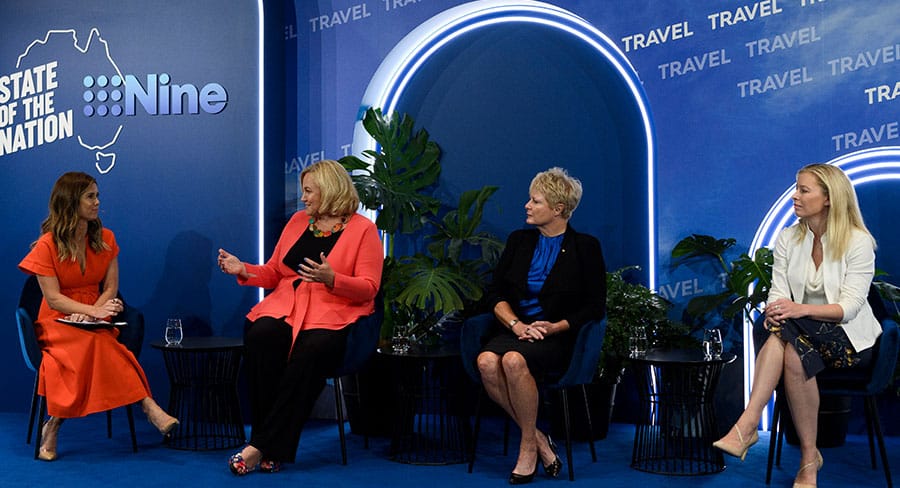 The panel discussed the changing challenges of the travel industry during COVID-19 but also the strong positives that they are seeing, which was reflected in the research by Nine.

Nine’s director of strategy, insights & effectiveness Toby Boon presented the data from Nine and Kantar and highlighted how there are two key barriers that travel brands must first address if they want people to get travelling again: fear and uncertainty. Boon said the concerns could best be managed by addressing the community’s need for a feeling of safety and clarity around travel, and by clearly explaining to travellers what would happen if their trip had to be cancelled.

The data showed that people are also being more pragmatic about their travel, with the report showing that more than half of respondents are currently comfortable with short flights, while 87 per cent are comfortable with travelling by private car.

The research also highlighted that as people continue to navigate through uncertainty, they are becoming more flexible and open around their travel plans, while still ensuring they put aside money for travel.

Next up was Nine’s group business director for luxury Amanda Upton who turned off the teleprompter and went old school with some printed notes.

Upton touched on Nine’s travel brands and said that she will work closely with clients to navigate Nine’s offering of products and to help produce rich travel content to keep Australians travel dream alive.

Director of Powered Liana Dubois was up next and talked about previous successful campaigns using tourism NT and top-end wedding as an example.

Director of sales – digital & publishing Nick Young made the closing remarks for the day.