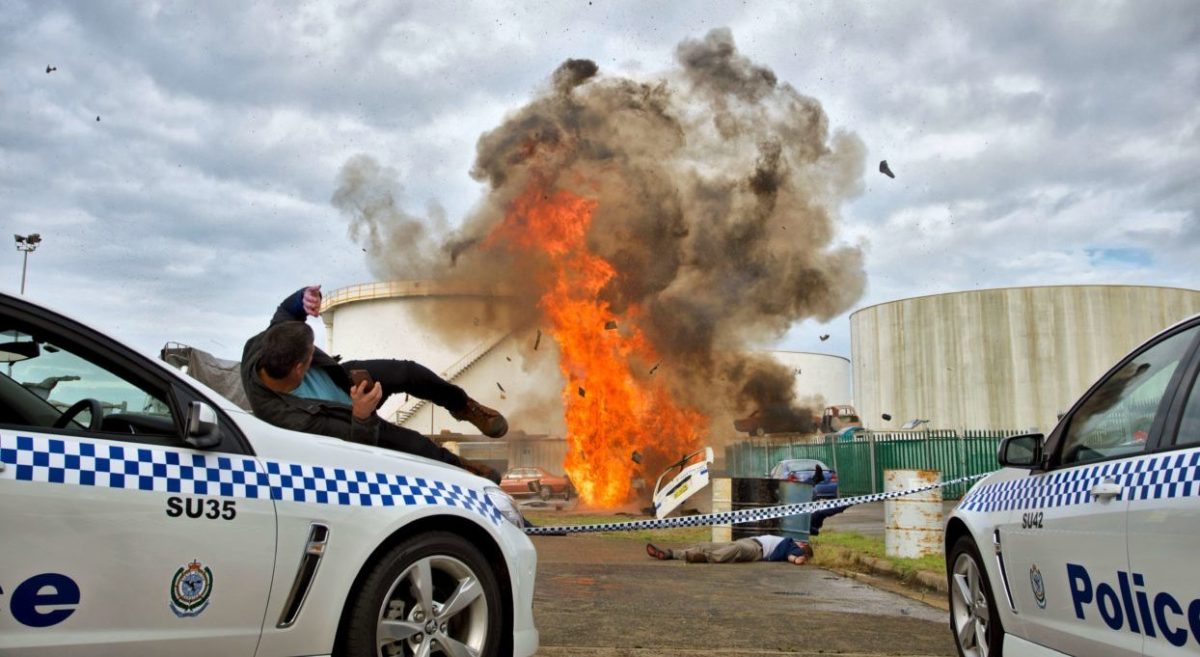 Although cop shows have been a staple of television schedules since the medium’s inception, and while Nine has certainly had its share of cop shows over the years, it’s been over five years since Nine last had a regular cop show on the air. The last was 2010’s Kate Ritchie-led Cops L.A.C.

With new series Hyde and Seek, the aim was to deliver a drama with the complexity and dramatic weight that one would find on the ABC or SBS, but produced with a commercial audience in mind. Series producer Stephen Corvini explained, “The tricky thing is we are making the show for a commercial network. For us it was important that while we are pushing the envelope in terms of the narrative and visual style, there are parameters we have to work within.

“The great challenge when I started talking to Matchbox was the idea of telling a big, bold story in a nuanced way and taking it to a commercial audience. It’s relatively easier to tell a great story to a rusted-on audience, like the ABC or SBS, areas I’ve worked in before quite extensively. 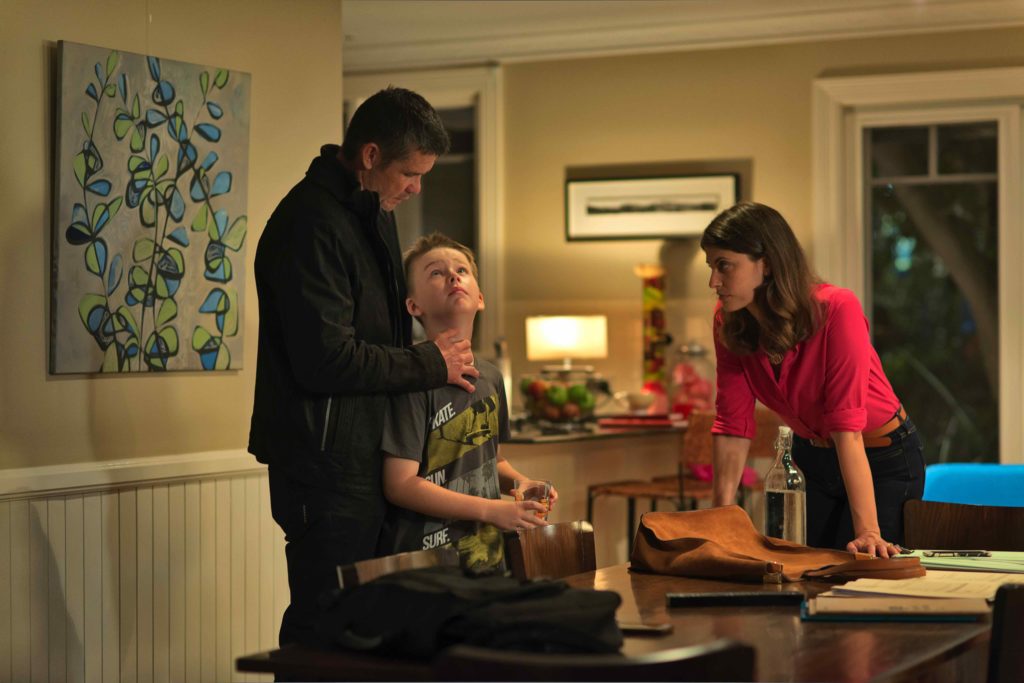 Matt Nable and Zoe Ventura in a family scene

“It excites me to be able to tell a story that does push the envelope for the network and get it to a broader audience with themes that are of our time. That was very exciting for me.”

Mediaweek met with Corvini on the set of Hyde and Seek, filmed in an office building earmarked for redevelopment. The building, in the inner-Sydney suburb of Rosebery, has been taken over by multiple film productions taking advantage of a short-term lease while long-term tenants gradually vacate the building. Also filming just floors away was the feature film continuation of the popular ABC TV show Dance Academy.

Hyde and Seek features rising star Matt Nable as Detective Gary Hyde, a cop with vengeance on his mind following the murder of a good friend. Joined by his new partner, Claire McKenzie, played by Emma Hamilton, the two seek to find the truth of what has happened. On the day of the set visit, a scene was under way in which emotions in the detectives office were boiling over.

Production company Matchbox Pictures, responsible for Hyde and Seek, has had a great run recently, overseeing world-class dramas like Secret City, Deadline Gallipoli, Glitch, and Devil’s Playground. It is part of a swell of investment into Australian scripted production, which has Corvini excited about the health of the industry – particularly with where funding is coming from as a result. 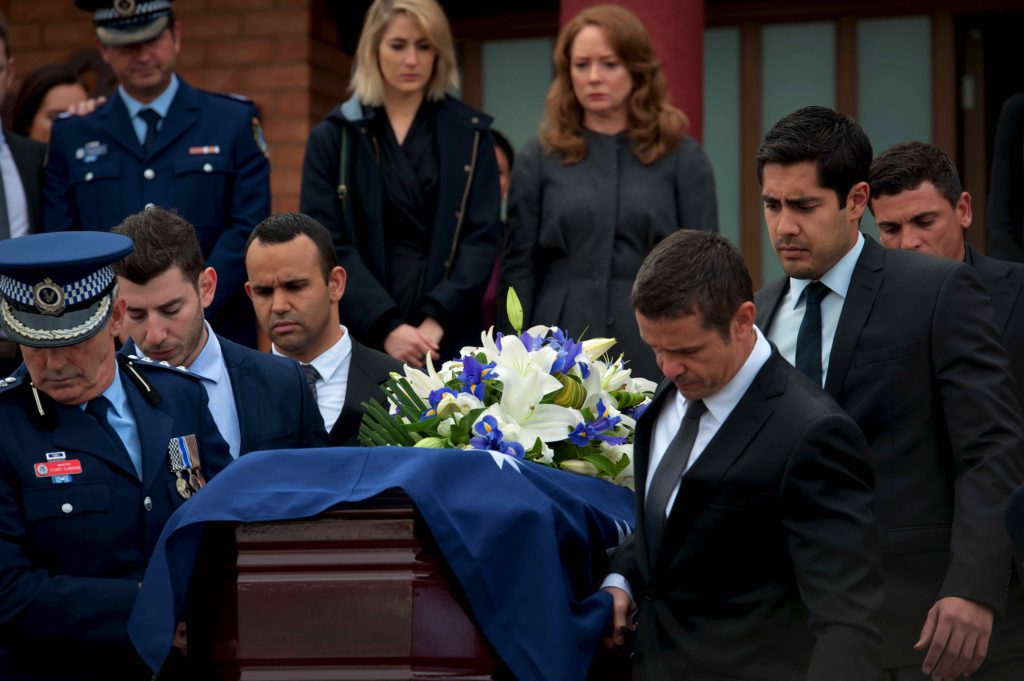 “There’s been a great upswing in Australian drama over the last seven or eight years. In some respects, screen agencies can’t keep up with the demand of how many shows are going into production. There has been a bit of a logjam.

“Some people too have looked at various sorts of finance models. With Hyde and Seek, for instance, there’s no Screen Australia money in it. The lion’s share of the money comes from Channel Nine and NBCU with a smaller amount from Screen NSW. What’s happening is a confluence of events. Some people have been able to do the heavy lifting financially in more areas than they traditionally have. The ABC cuts Screen Australia out of the equation. They have for the last several years on certain shows because they had extra money in drama. I don’t think 2016 will be unique. We will continue to have just as much drama as we’re experiencing. Stories are being developed right now. People are waiting to tell them.”

Because it has been so long since there was a cop show on Nine, let alone one as ambitious as Hyde and Seek in delivering a higher level of grittiness and sophistication to the screen, the series can be viewed as somewhat of a litmus test for the network. Will Nine viewers take to a harder-edged cop show in the way they seem to have with its current harder-edged doctor show Doctor Doctor? 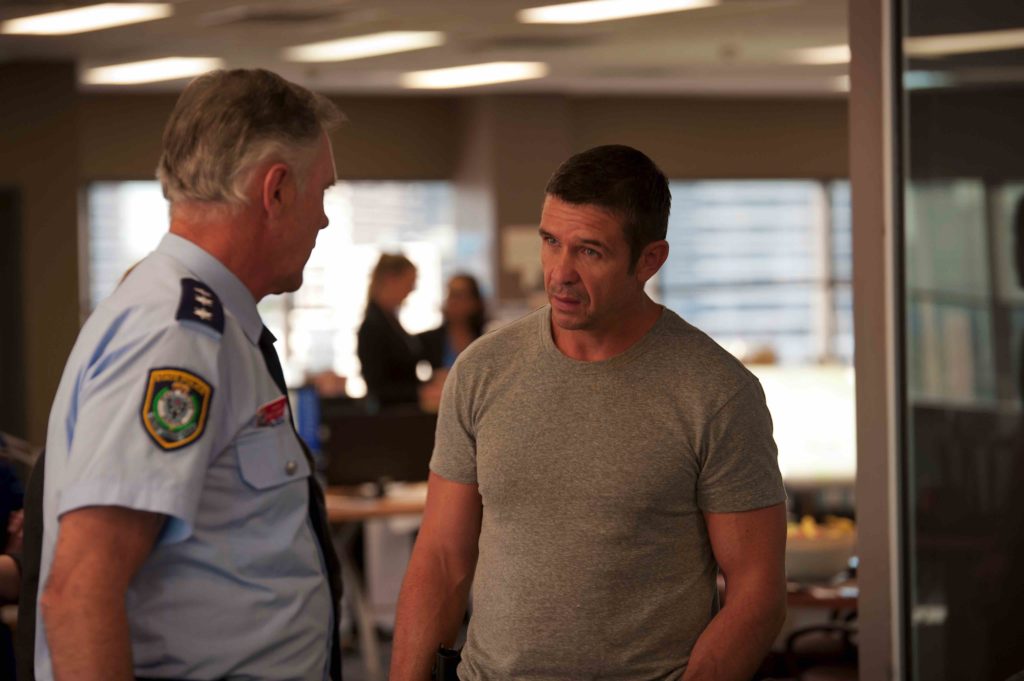 Corvini believes that, like Doctor Doctor, the show offers enough ground-level points of contact for most viewers to find a connection with Hyde and Seek.

“We have a very commercial show. It’s certainly not 800 Words, but 800 Words is quite unique in the territory it’s occupying. At the heart of our show is a family – where all great drama springs from. There is a lot of emotional strength to our series. Yes, we do have some big themes of national and international importance, but a lot of what we’re telling boils down to the individual and their family.

“It’s a series not without humour. It’s an accessible, powerful drama. It’s the sort of show that can entertain an audience that will come to it one week and maybe even miss an episode come the week after. It will reward those people who savour it every week, because there’s a big overarching story that we keep tapping into along with stories of the week. It’s a crime thriller. Thrillers are eternally popular around the world. We feel we’re bringing a genre to our screens, which there is a strong audience for.” 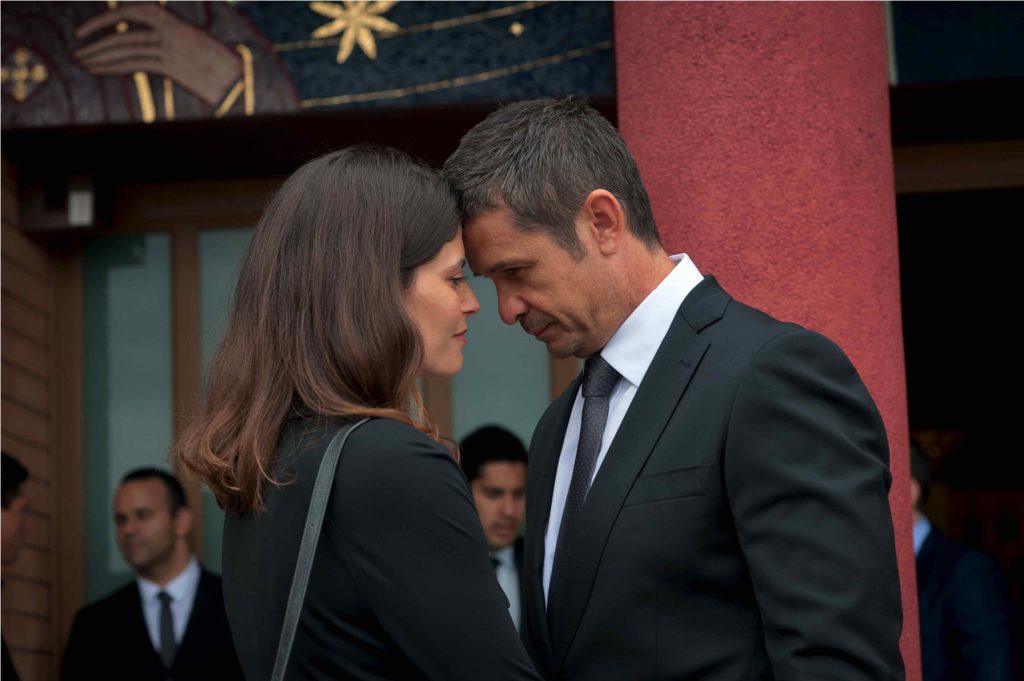 While the show has been produced for Nine, Matchbox Pictures, owned by NBCUniversal, does have international sales concerns in mind for Hyde and Seek. Corvini insists that the priority for Matchbox was to ensure that they got the series right for Nine and an Australian audience, but added that for shows to sell well internationally, it is best if the show has also performed very well in its native market.

“Given that NBCU is distributing, of course it will look at it as a format. I think it is imminently formatable as a series. Whether that happens, we’ll see. A lot of that will be subject to the type of interest they get when they start doing tape sales. Depending how well that goes, it will influence whether they go sooner or later to looking at the prospect of licensing the format.”

Beneficial also is that the show was plotted and shot as an eight-episode series.

“The network wanted eight. The international marketplace is looking for eight-parters more than 13. It’s a format that will travel potentially more broadly,” Corvini said.