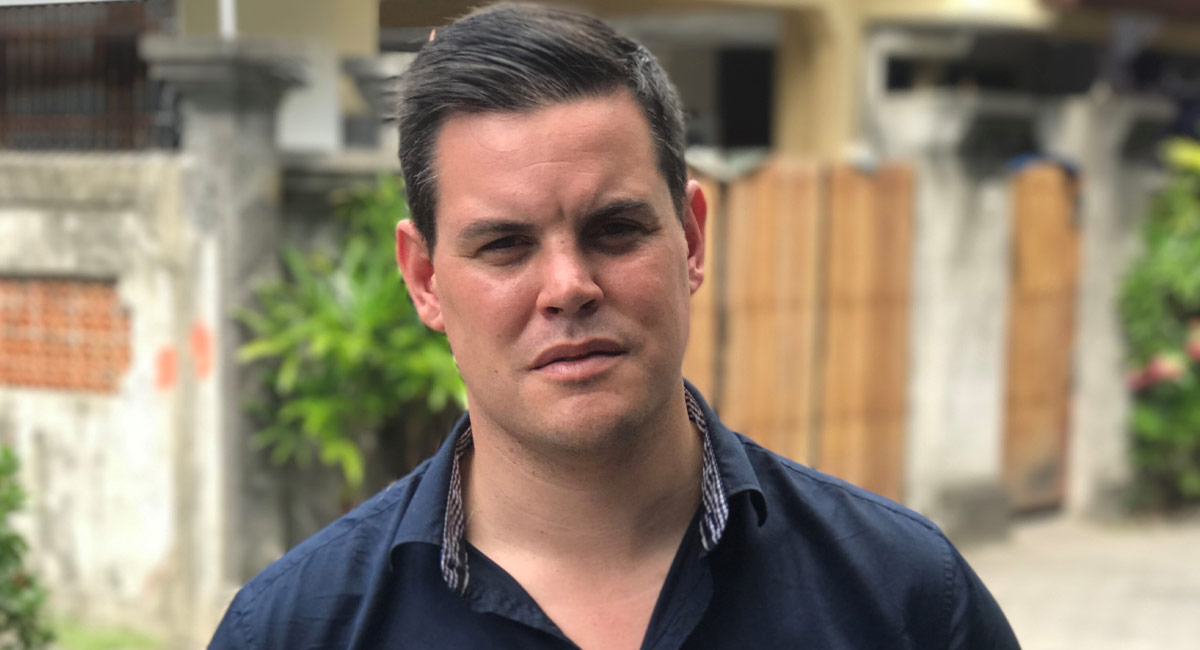 Mediaweek‘s person of the week Chris O’Keefe this month became the first commercial TV journalist to be named the Journalist of the Year at the Kennedy Awards in their six-year history.

He won the accolade for his exclusive story revealing the gross negligence at Bankstown Hospital that led to the death of a newborn baby and left another infant with severe brain damage after a nitrous oxide gas mix-up in 2016.

Mediaweek recently made a trip to the NSW State Parliament House to visit O’Keefe. He was a guest panellist on a recent episode of Mediaweek’s Seven Days podcast where James Manning and Kruti Joshi regularly talk about the week’s media headlines.

O’Keefe has been reporting from this location for about two years now. Upon our arrival, he ushered us to the press gallery on the sixth floor.

“It’s the oldest parliament in the country. They call it the bear pit for a reason,” O’Keefe told Mediaweek. [Laughs] “It’s had a pretty long and distinguished history.”

Nine News occupies the first office in one of the corridors just off the main lobby on the sixth floor.

“I was watching the Laurie Oakes interview on 60 Minutes the other day and they have this thing called Extra Minutes. In that he said the Old Parliament House in Canberra was such a small place. He said, ‘You can feel the stress and the tension in the walls when something is on.’ And it’s true here too.”

Talking about the competition in the corridors of the State Parliament House, O’Keefe said: “Democracy is better off as a result of competition.

“When you’ve been scooped on a story you make yourself pretty scarce around the place. [Laughs] But if you’ve had a win then you make sure that you go to the cafeteria about five times.”

O’Keefe started his career in media as an intern on Fairfax Media’s St George and Sutherland Shire Leader. However, he got his first break as television reporter at Ten News on the Gold Coast.

“It was a pretty good regional market to start in, I must admit,” O’Keefe said. “My fiancée [Yvonne Sampson] is a broadcaster and she started in Bundaberg in Queensland. The best TV journalists that I have worked with have worked in regional and rural Australia.”

O’Keefe later moved to Nine in Gold Coast in 2012 as a journalist before moving to Nine News in Brisbane in 2013. This is where he met Sampson, who is currently a well-known presenter on Fox Sports.