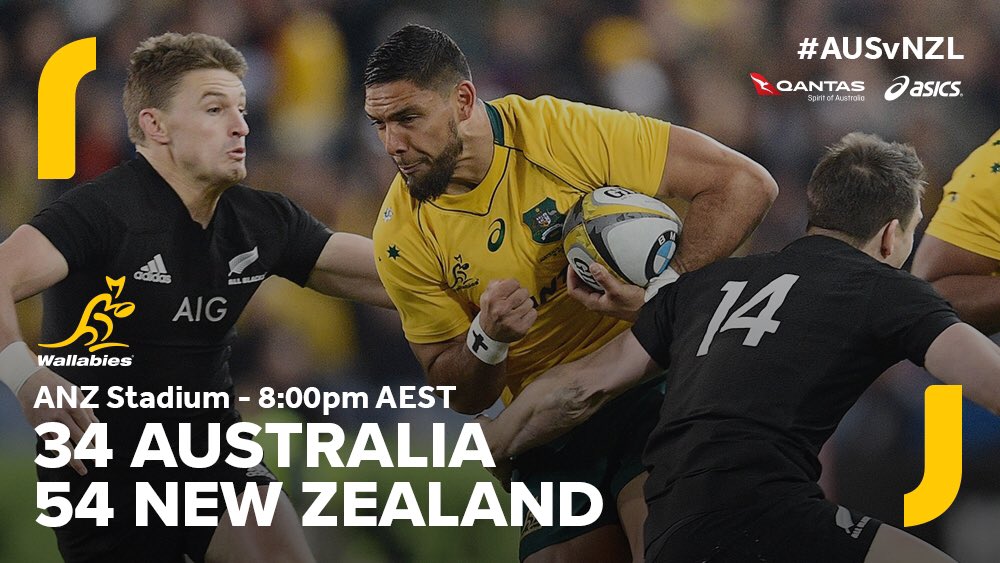 Australia might have copped a hiding from New Zealand in the game one of the Bledisloe Cup last Saturday, but the match attracted much social media interest and was by far the biggest talking point of the week. According to Nielsen, the rugby clash, broadcast on TEN and Fox Sports, had over 330,000 social media interactions.

The biggest domestic football game on social last week was the AFL match between Adelaide and Sydney.

In the non-sport category, Seven’s Home and Away appeared in the top five, for an episode broadcast on Monday last week. The show sat fourth on the chart, behind both episodes of The Bachelor broadcast last week, plus the Monday episode of Q&A. 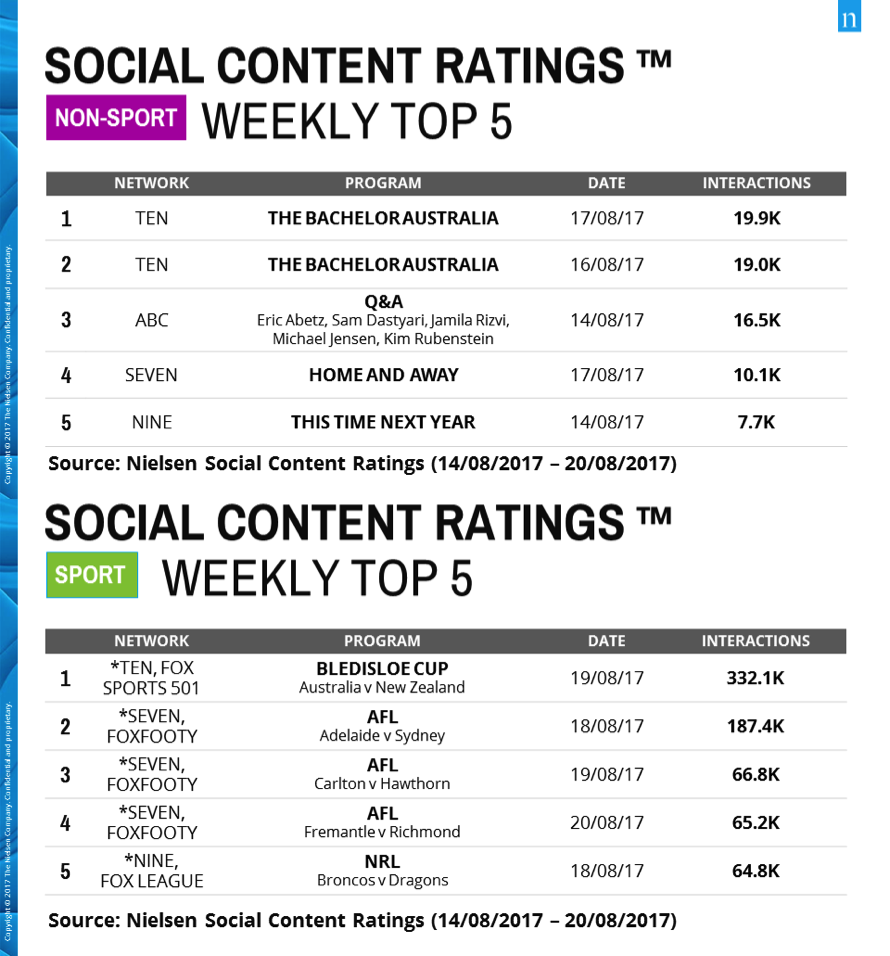