Ad revenues are falling substantially, but Australians trust advertisements in newspapers more than any other medium 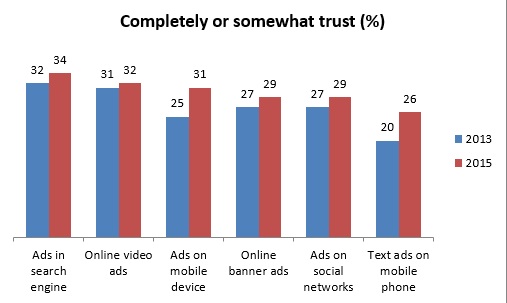 Ad revenues are falling substantially, but Australians trust advertisements in newspapers more than any other medium or platform, according to a new report from Nielsen.

The Newspaper Works has published the report’s finding today.

Almost six in 10 Australians (58%) say they “completely” or “somewhat” trust ads in newspapers, the Nielsen Global Trust in Advertising Report has found. Newspapers again rank as the most trusted, ahead of television, magazines, radio and outdoor, as well as ads on mobile, search engines and social networks. 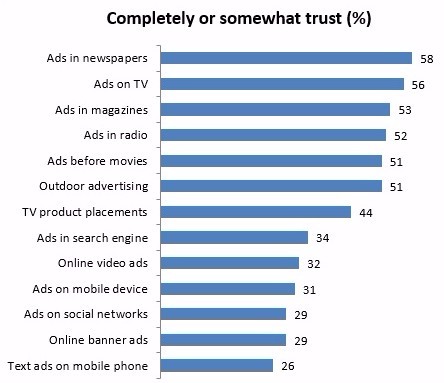 Trust in advertising on digital platforms is increasing, especially for mobiles, according to Nielsen. Since the last Global Trust in Advertising Report in 2013 in which newspaper also ranked highest, trust in ads on mobiles has increased by six percentage points.

“Newspaper media is influential and plays a vital role in the lives of more than 16 million people. Every advertising campaign needs influencers to drive trust, belief and action and newspapers can rightly claim the number one position as the most trusted medium for advertising,” The Newspaper Works CEO Mark Hollands said.

“Our industry campaign, Influential by Nature, re-states to advertisers why newspapers get results and the Nielsen study proves just what a trusted advertising platform they are.”