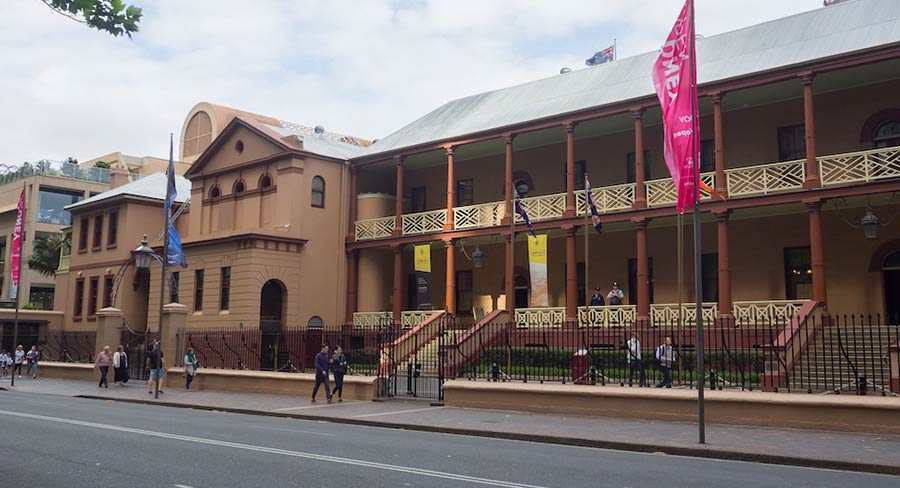 The Australian: Coalition is best option to keep state safe and strong

NSW voters go to the polls tomorrow with the state in good shape, but the political mood is in a frazzle. What should have been a sure, steady trot to a third term for the incumbent Liberal-Nationals Coalition is instead a tight race to the finish line, with the outcome of the election too close to call. There is a strong chance of a hung parliament, a result that would stall progress and promote more instability in a state that is home to eight million people. The stark choice for NSW voters is between a sturdy, proven outfit led by a dour, workaholic and mostly competent technocrat and an untested team of political opportunists, punting on complacency and a single, second-order urban issue of stadiums to win votes in the bush. Are voters prepared to ditch policy substance for a risky leap into the unknown with a wild bunch of political hucksters?

The Berejiklian government deserves a mandate to continue the transformation of the premier state it started eight years ago.

It has been a long and uninspiring campaign but the best outcome at the election tomorrow would be a third term for the Coalition and Premier Gladys Berejiklian.

While the Herald thus chooses Ms Berejiklian, the risk at this election is not which party wins but a minority government which puts voters at the mercy of minor parties such as the Shooters, Fishers and Farmers, which is largely a single issue party focused on guns. Before giving a protest vote to minor parties and independents voters should understand the risk of instability if neither party wins outright.

The Daily Telegraph: Gladys Berejiklian and team earned another term

When the Coalition won in a historic landslide over Labor in 2011, it inherited a dormant and declining state.

By almost every economic measure, NSW lagged behind just about every other state in the nation.

Eight years later, and due in large part to Berejiklian’s work as transport minister and treasurer, NSW is again a national leader. The economy is strong. Unemployment is at 4.3 per cent. And the budget is easily able to accommodate the biggest infrastructure renewals and developments since the 1930s.

On the strength of their economic record, Premier Gladys Berejiklian and her Coalition team have genuinely earned a further term in office.

With so many significant projects under way, it is clearly in the state’s interest to maintain consistent governmental management. Gladys Berejiklian must be allowed to finish those many jobs.