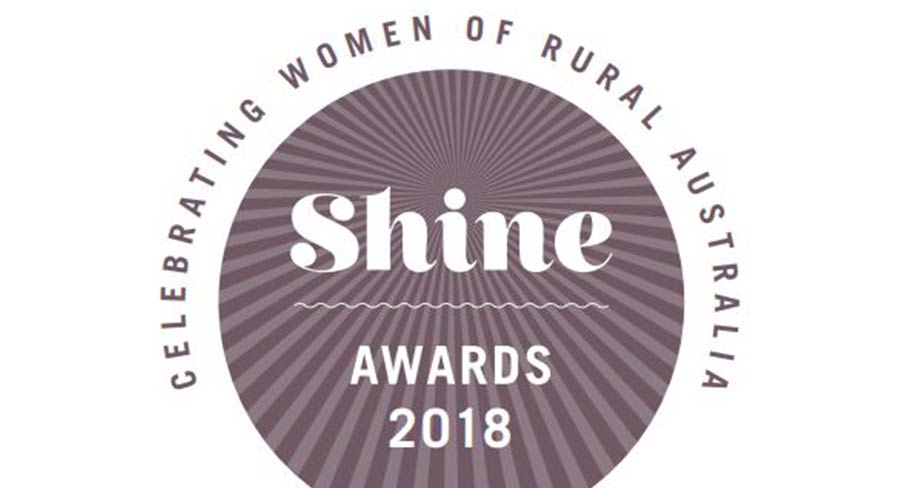 • Partnership between The Weekly Times and Harvey Norman

News Corp Australia has kicked off the 2018 Shine Awards, a partnership between the rural and regional newspaper The Weekly Times and Harvey Norman. Now in its second year, the Shine Awards celebrates the achievements and contribution of women across rural and regional Australia.

Penny Fowler, Herald and Weekly Times chairman and News Corp Australia Community Ambassador, said: “I am thrilled the Shine Awards will continue to recognise so many inspirational women from across Australia’s regional and rural communities.

“The awards concept originated from a conversation with Harvey Norman chief executive, Katie Page, on how we could lift the profile of rural women in this country, and last year was an exemplary start.

“We are delighted to be partnering with Harvey Norman on the Shine Awards again this year to celebrate and recognise women across rural and regional Australia who are making a real difference in their communities. “It is through the Shine Awards we also hope to increase engagement with the Country Women’s Association, an organisation that works extremely hard to enhance the value of living in the country for women and their families, especially those in remote Australia.”

Harvey Norman CEO Katie Page said: “The Shine Awards are just getting started. The first year was an extraordinary success – so many exceptional women were nominated from every state and territory.

“We know from our work in regional and rural Australia there are so many more women whose contribution is yet to be recognised and their community story remains untold.

“The Shine Awards goes beyond delivering deserved recognition. It creates a forum, a platform to share the innovations, developments and expertise pioneered by these women. Successful leaders and entrepreneurs understand the importance of shared experience.

“If you have ever looked at your mother, sister, classmate or colleague and thought, ‘You are extraordinary,’ please nominate her for the Shine Awards.”

Shine Awards editor Camille Smith said: “The Shine Awards allows us to focus media attention on extraordinary women who are making a real difference to lives across regional and rural Australia.

“Shine shared these women’s stories with a nationwide audience. The 18 finalists of 2017 illustrated the breadth and depth of female leadership in rural industries, community groups, sporting clubs, families and charity organisations across the country.

“Among them were a farmers’ market organiser, nurse, musician, shearer, firefighter, doctor, charity founder and plenty of farmers.

“Equally importantly, the Awards inspired readers to nominate hundreds more women who deserve to be recognised. Through this year’s Shine Awards, The Weekly Times will share as many of their stories as possible.

“We also look forward to working closely with the Country Women’s Association, to emphasise the continued strength and importance of this organisation for rural and regional communities.”

The Shine Awards run for 12 weeks in The Weekly Times and theweeklytimes.com.au, starting on Wednesday August 29 with a four-page wrap of the paper, digital execution and an extensive social media strategy.

Over the next three months, The Weekly Times, Rural Weekly and Tasmanian Country, as well as other News Corp titles across print and digital, will highlight the outstanding work being done by women on farms and off them, in rural towns across Australia, in community groups and sporting clubs, in businesses, schools and homes.

Audiences will be encouraged to share stories and nominate women through print, digital and social.

The awards will culminate with a special 32-page magazine in The Weekly Times on November 21 to announce award winners in six categories: Vision, Dedication, Spirit, Belief, Grace and Courage, plus an overall winner.