Music writer and producer Joel Little has his name attached to three albums in the Billboard Top 20 this week. Little drew attention for his work in the early years of Lorde and co-wrote the global hit “Royals”. On Lorde’s second chart-topping album “Melodrama” he co-wrote “Green Light” and produced “Supercut”. Little was also involved with the US group Imagine Dragons‘ “Evolve” and “American Teen” by Khalid. Joel Little comes from a media family. His father Paul Little is a columnist for the Herald on Sunday newspaper, and is former editor of The NZ Listener and Metro magazines. His mother Wendyl Nissen was recently appointed drive time host on MediaWorks talk radio station RadioLive. She is a former editor of NZ Woman’s Day.

The Block back for season six 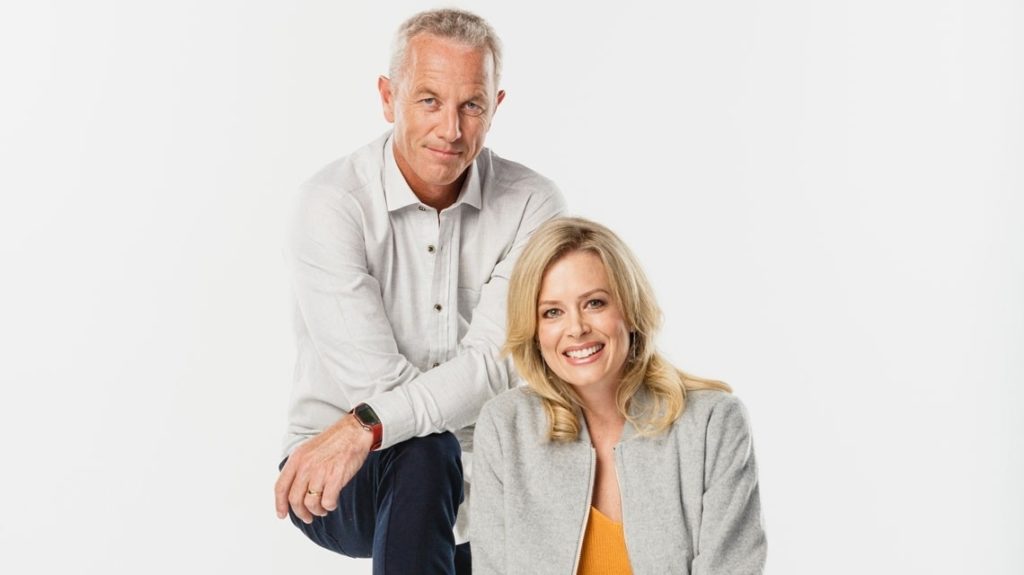 Season six of The Block NZ has kicked off with a strong start, according to MediaWorks. Launch week ratings showed an increase of 23% year-on-year, as well as a 16% increase in share year-on-year in the 25-54 demographic. The show won its timeslot across all four demographics on Wednesday evening with an 8.9 rating, and three demographics on Sunday night (25-54, 18-39, 18-49) with a 9.5 rating. The NZ series is hosted by The AM Show presenter and cricket legend Mark Richardson and Your Home and Garden managing editor, and previous judge on The Block NZ, Shelley Ferguson (pictured).

TVNZ has begun live streaming TVNZ1 and TVNZ2 on a new website replacing the TVNZ On Demand. The site includes all its content including the male-skewing stand-alone channel Duke, 1 News and all content on the discontinued TVNZ On Demand website. TVNZ’s general manager of technology Greg Montgomery said the stream was adaptive, matching the quality of the users’ differing internet connections. It ranges from lower quality streams to HD quality 720p. TVNZ was an early mover among networks to internet technology and introduced its On Demand website 10 years ago.

More FM breakfast show host Simon Barnett is defecting to NZME – but he is not going until 2019. Barnett is MediaWorks’ biggest radio star, so the move is significant. He is tipped to replace the Newstalk ZB veteran 8.30 to noon host Leighton Smith. Why has Barnett telegraphed his intentions so far out? Fans will say Barnett is a decent chap, and he wants to help MediaWorks find a replacement. Others may point out that just three weeks ago, Barnett and colleague Gary McCormick and his breakfast crew were furious at being hoaxed by breakfast crew MediaWorks sister network, The Edge FM. Barnett had interviewed a Tom Cruise impersonator for 14 minutes, even telling the bogus Cruise he loved him. A More FM producer burst into tears after the hoax was revealed. Barnett was said to be stunned the popular station was hoaxed. MediaWorks head of content Leon Wratt insisted the hoax and the resignation are not connected.

The Radio Broadcasters Association has issued results from the latest GfK research on New Zealanders’ use of different devices to listen to radio programming. CEO Jana Rangooni said figures show radio devices still dominating, but there was a noticeable demand for mobile. People accessing through traditional radio were similar across broad demographics: 78.5% of people aged 10+, 76.7% for people aged 10-39, and 80.1% for people aged 40+. People accessing through the internet were 16% of 10+, 20.8% of 10- to 39-year-olds and 11.7% of people 40+. Mobile access was 10.8%, 15.1% and 6.9% for each of those demos.

The latest GfK research also revealed MediaWorks Radio has increased its popularity among New Zealanders, now reaching 2,274,600 listeners every week across its nine radio brands.
For the first time, The Breeze is New Zealand’s number one music station with 8.2% of commercial share – joining The Edge, The Rock and More FM to take out four of the top five music radio stations in the country.

In the 25-54 commercial demographic, MediaWorks continues to lead with 55.2% of commercial share, beating its nearest competitor by 22% points. MediaWorks also boasts the top four stations nationwide in this demographic: The Rock, The Edge, More FM and The Breeze.

MediaWorks in addition retains its title of market leader in the 6-9am timeslot with breakfast results showing 1,514,300 listeners nationwide, which equates to over 60% of total commercial listeners.