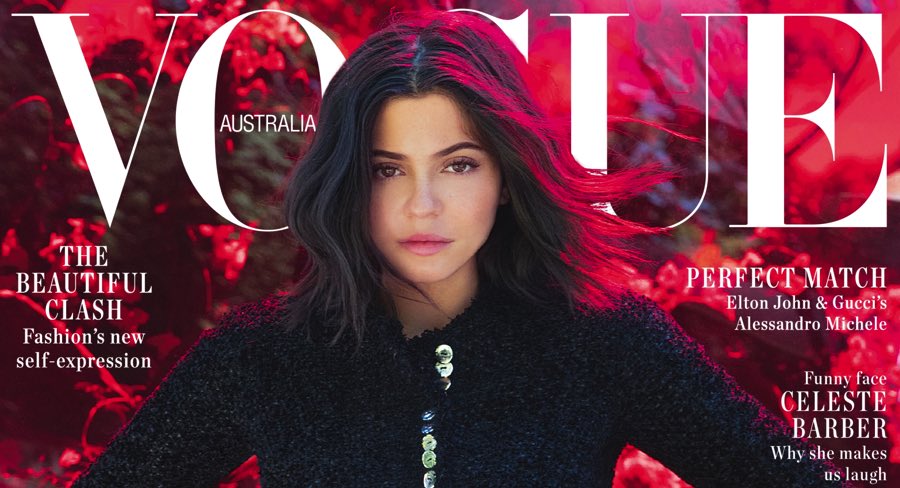 The September 2018 edition of Vogue Australia, covered by Kylie Jenner, has become the fastest-selling issue of the magazine on record. It will go into reprint today.

The Vogue Australia September issue went on sale on August 27 with a Kylie Cosmetics Lip Kit at the special cover price of $12.99 at newsagencies and supermarkets.

Vogue Australia editor-in-chief Edwina McCann said: “Our September issue of Vogue Australia is the fastest-selling issue in the title’s history. It has sold at an astounding rate and in just three days it almost sold out. Due to the high demand we are reprinting the issue to have more copies on sale as soon as possible.

“We’re very proud of this issue with the beautiful Kylie Jenner on the cover. She is a successful businesswoman who has turned the beauty world on its head, and a perfect candidate for this season’s new power dressing.

“Once we had secured Kylie for the cover, working with her on the Kylie Cosmetics beauty integration for the issue was a wonderful opportunity. We knew Kylie’s beauty products were in demand here in Australia and were thrilled to secure products to provide a special offer for our readers.”

Kylie Jenner was photographed for her very first Vogue cover by Jackie Nickerson, styled by Vogue Australia fashion director Christine Centenera. Jenner was interviewed for the accompanying feature by her sister and model Kendall Jenner. The reprinted edition of Vogue Australia, without the Kylie Cosmetics Lip Kit, will be available nationally at newsagencies and supermarkets for $8.99.

Vogue Australia’s print sale record comes during a busy week for the masthead. Its annual Vogue American Express Fashion Night Out will be held in Melbourne on September 1 and in Sydney on September 3, both with extended hours for the first time.