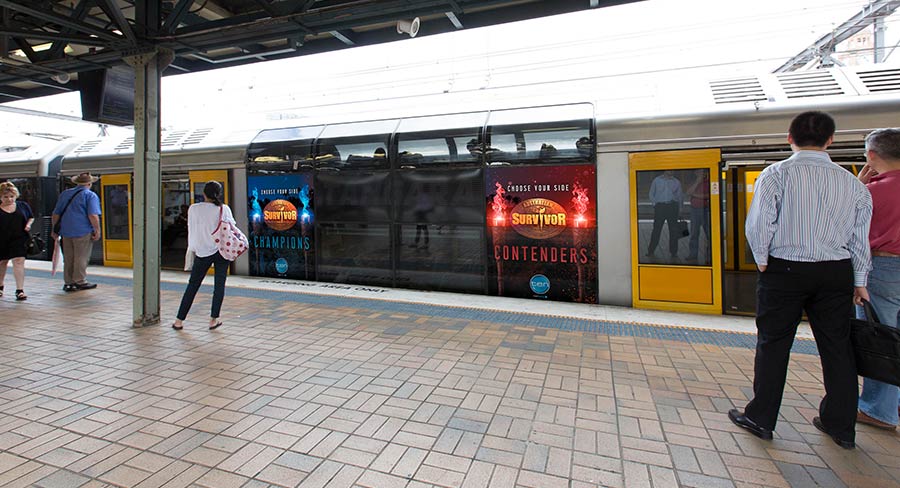 Network Ten has launched a multimillion-dollar national marketing campaign to promote its biggest slate of programming ever.

The multiplatform “Always On” campaign will appear across a range of media including radio, out-of-home, social, print, digital, in-venue advertising, ATN national traffic reports, retail and more. On the digital channels, the creative will change based on the programming schedule of the day.

Network Ten’s head of marketing and social media Brad Garbutt said: “The return of some of Australia’s most loved programs like The Bachelor Australia, Australian Survivor and The Bachlorette Australia combined with some exciting new formats including Pointless, Russell Coight’s All Aussie Adventures, Street Smart and Blind Date – and the imminent launch of Pilot Week – makes our second half programming lineup the biggest we have ever scheduled. We want to get behind this schedule, and the brands supporting the shows, in a big way.

“With this campaign, there is a particular focus on digital out-of-home channels where we have maximised the flexibility of the formats in their high-impact environments to promote programs being broadcast that evening. Being able to reach potential viewers in the key 3pm-7pm timeslot with highly targeted media is critical to our success.

“We’ve been particularly targeted with this campaign and are also, for the first time, utilising channels like in-venue advertising, external train panels and petrol pump advertising to attract the target audiences for our new shows. We’re excited to be reaching our core 25-54 audiences in new and innovative ways.”

The campaign will run for the rest of 2018 and be updated as each of the shows is released.

New programs still to come in Network Ten’s 2018 schedule include The Secret Life of 4 Year Olds, How to Stay Married, Game of Games and Playing for Keeps.