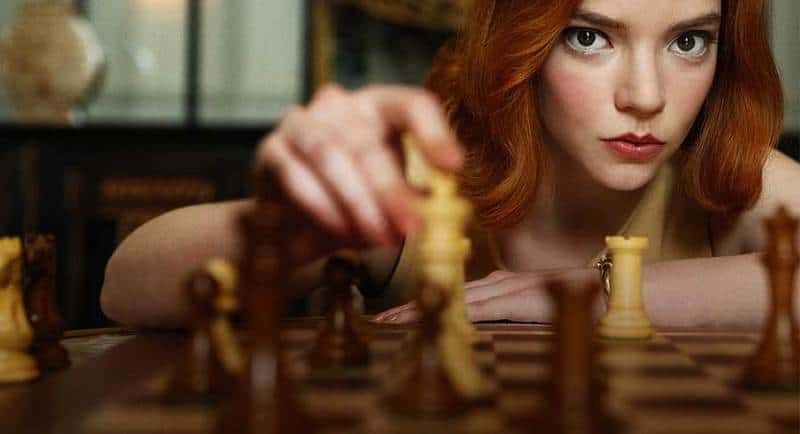 • From a new chess champ, to a Paris work trip to the outrageous Tiger King

2020 was a year when, for better or for worse, we finally had the chance to sit down and catch up on all those shows we’d been meaning to watch. Netflix has released their list of the most popular movies and TV shows of 2020, giving us a glimpse into what Australians were watching as we all spent more time at home.

The success of campaigns to help showcase Australia like #SupportLocal or The Empty Esky Campaign translated into our viewing habits. Australian shows like Stateless, ABC’s Love on The Spectrum, and The New Legends of Monkey featured on Most Popular lists here as well as internationally, and Aunty Donna’s Big Ol’ House of Fun spent just shy of two weeks in the Australian top 10 list.

Content set internationally also shone, as we chose to see the world from our loungerooms to make up for cancelling our travel plans. Notably, Emily in Paris took us to France, and Dash & Lily – adapted from the book Dash & Lily’s Book of Dares by David Levithan and Rachel Cohn – took us to New York City.

Non-English language content also saw a year-over-year increase in viewing hours of over 60% compared to 2019. These numbers were driven by TV series like the German historical drama Barbarians about the Battle of the Teutoburg Forest, and Spanish crime-drama Money Heist about two heists – one on the Royal Mint of Spain, and one on the Bank of Spain.

More Australians than ever got into Anime and Korean drama in 2020. There was an upwards spike in anime viewing all over the world, but in Australia viewing time of anime titles on Netflix more than doubled. K-dramas had an equally as impressive spike in views off the back of TV shows like The King: Eternal Monarch, It’s Okay to Not Be Okay, and the second season of Kingdom picking up after the first season ended on a major cliff-hanger.

In a year where a lot of people’s lives were turned upside down in one way or another, nostalgic shows found a place on Most Popular lists. Cobra Kai is a TV series set 34 years after The Karate Kid’s All Valley Karate Tournament, and follows Johnny Lawrence as he reignites his rivalry with Daniel LaRusso. Enola Holmes is a film based on the first book by Nancy Springer, about Sherlock Holmes’ younger sister. Jurassic World Camp Cretaceous is set on the opposite side of Isla Nublar while the events of the original Jurassic World take place. Whilst Camp Cretaceous came in as the most popular kids’ TV show, it found an audience in people of all ages.

Finally, 2020 gave us the cultural phenomenon that was the aptly named Tiger King: Murder, Mayhem and Madness. The show follows the chaotic world of big cat keeping, and the even more chaotic zookeeper, Joe Exotic. Nielsen ratings recorded that 34.3 million people tuned in from all over the globe in the first 10 days of its release, making Tiger King one of Netflix’s most successful shows.

The full list of most popular titles across Netflix genres can be seen below: